Until a few months ago battery cases for the iPhone 5 were a hard thing to find. The upgraded Lightning connector the soon-to-be old Apple smartphone threw manufacturers off and after many months of trials and tribulations, the battery cases came forth. We’ve tested a few recently but I’m content with the Ventev Powercase 2000. It’s simple, clean, good looking, and it gets the job done with little fuss. If you have an Android, take a look at the Morphie Juice Pack Galaxy S4 review instead or take a look at the best iPhone battery cases.

A thick case with either a 1500/2000 mAh battery ($75/$90, respectively; latter model tested), the Powercase is one of the few iPhone 5 battery cases that I’ve seen and tested that actually takes a minimalist design to heart. It doesn’t accessorize or flaunt itself in any way; it’s just a simple case, thick on the battery side and with a contrast-rich orange back that the iPhone covers. If you see it, it ain’t seated properly.

And unlike most iPhone cases the Powercase is easy to put on and take off. The grey sides are actually one piece that snaps on and off easily. Once it’s off, just plug your phone into the lightning connector and put the plastic casing back on. In simple drop tests, the iPhone didn’t fall out of the case; I’m satisfied with the protection that the Powercase offers.

While the Powercase is very nicely sized — it’s barely larger than the iPhone itself — it does have unnecessary additional girth directly below the Lightning connector. This is undoubtedly for the connector, but it really doesn’t have to be there. I’d guess that the battery itself is a rectangle and that the jetty is only on the case so that Ventev wouldn’t have to cut the battery. This bulge feels very strange in the hand and in the pocket, and it looks strange too. I would rather have a perfectly-shaped case with a lower power capacity. 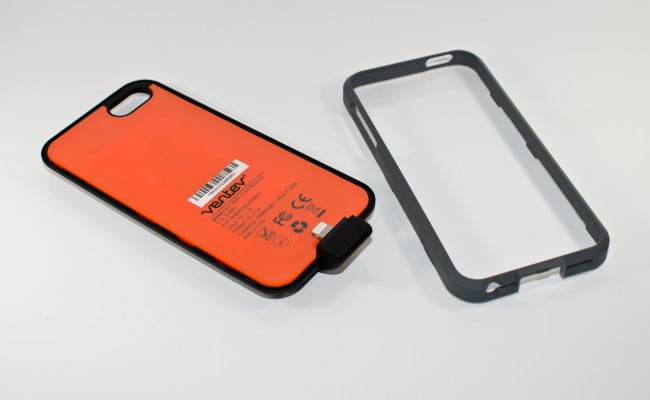 The other minor gripe I’ve run into while testing the Powercase is the auxiliary port is partially blocked if you don’t have one of those ridiculously thin cables. Standard 3.5mm connectors are too large to fit into the iPhone when it’s in this case.

Like most battery cases, the Powercase recharges via MicroUSB, though I’m disappointed that for the price the charging is so basic. As I wrote about last year, the Spyder i4 did charging right. That case shipped with a docking station with touch panels to send a charge through, as well as a MicroUSB port for charging on the road. Ventev’s solution is still better than the myCharge Freedom, but it doesn’t solve the issue adequately.

Battery life is great; the Powercase 2000 more than doubles the iPhone 5’s battery (which is a measly 1432 mAh). In my testing the Powercase provided approximately 1.5 charges to the iPhone 5, so if you follow proper battery management you should be able to charge it from 50% a little less than three times. The battery does get hot when on; not uncomfortably so in the pocket, but I didn’t like the feeling in the hand. It’s a moot point for readers currently, but the Powercase doesn’t stick to the SETA Smartphone Stand, which I love and use daily. Of course, if you use a stand or dock for your iPhone, the Powercase is better than most battery cases because it is so easy to remove.

The Ventev Powercase 2000 is a very good battery case. It feels good in the hand and in the pocket, albeit the shape is strange on the bottom. I’m not entirely sold on the reason for the extra bit of plastic, but it’s certainly something users can live with. Battery performance is excellent, and the design for quick placement and removal is something we see too rarely in cases.

Bottom Line: The Powercase 2000 is an excellent battery case that more than doubles your iPhone 5’s battery. 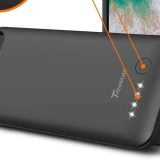 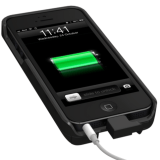 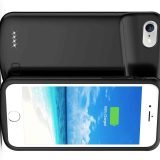 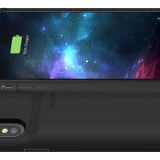 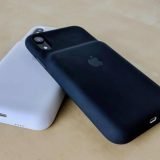 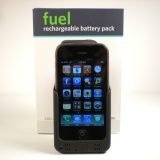