To find the best gaming console on the market, we grabbed our controllers, powered-up our televisions, and started playing! As we analyzed each console, we tested the most important features, including the available game library, graphics power, storage options, and multiplayer. Some consoles will have exclusives or utterly different game libraries than others, so it is vital to pick the console with the best game selection for yourself. Factors such as online multiplayer will also affect whether you play games solo or online with friends. Either-way, no matter how you game, we have a pick for you.

Our top pick for the best gaming console is the Sony PlayStation 4. A powerful console that can deliver HDR gaming for a more vivid experience, the PlayStation 4 beats out the competition thanks to its excellent game library. Exciting PS4 exclusives include God of War, The last of Us, Horizon Zero Dawn, Marvel’s Spider-Man, and the Uncharted series. Add in PlayStation Plus to play online with friends or PlayStation VR to jump into the world of virtual reality. Keep reaching our gaming consoles list to learn more about the best game consoles available.

WHY WE LIKE IT: Sony delivers a premium gameplay experience with the PlayStation 4 Slim thanks to its massive game library featuring enticing exclusives, powerful graphics chip capable of out-putting vivid HDR video, and an easy to use multiplayer experience.

Sony delivers a premium gaming experience with its latest console. Not only does PlayStation 4 offer an extensive game library, but they also provide top exclusives including God of War, The last of Us, Horizon Zero Dawn, Marvel’s Spider-Man, and the Uncharted series. If you decide to head online, Sony makes playing with friends and sharing game footage a cinch thanks to PlayStation Plus, the company’s online gaming service.

Want to take your gaming to another world? Sony offers the PlayStation VR headset, turning your standard console into a virtual reality experience. Need to go 4K Ultra HD? You can step up to the PS4 Pro, which offers additional graphics power and supports higher resolutions. Even if you stick with the standard PlayStation 4 Slim, we don’t think you’ll regret the choice thanks to the console’s vast game library that drops you into a variety of exciting worlds. The best game console of all time is an award that might even be handed to Sony’s PlayStation 4, and we approve. It is an awesome gaming device that has all of the best gaming accessories.

12,581 Reviews
Our #2 Pick is the Microsoft Xbox One S Gaming Console
Check Price

WHY WE LIKE IT: Microsoft offers a fully-rounded experience with the Xbox One S with a vast library of great games to choose, 4K compatibility out of the box, and one of the best controllers that we’ve tested.

Microsoft’s Xbox console jumped into the gaming space only a bit after Sony began with the Playstation, which explains why both consoles are nearly neck-and-neck. Microsoft’s Xbox One S has a few features of its own, however, that make it stand out over the competition. For starters, the Xbox One S supports 4K Ultra HD gaming out of the box without the need to upgrade to a more expensive console – a clear win over the Sony PS4, which requires the Pro model. Additionally, we love that many games purchased for Xbox can be played on either the Xbox One S console or your PC, thanks to Microsoft’s new ‘Xbox Play Anywhere’ offering.

We also found the Xbox’s controllers to be slightly more ergonomic than the PlayStation 4. We just wish the designers had spent just as much time on the interface, as it feels much more cluttered both in usability and by advertisements. Even with that said, the Xbox One S still provides a stellar gaming experience worthy of any living room. Check out the best gaming keyboard to elevate your game eve higher.

WHY WE LIKE IT: Between the Switch’s ability to transform into a handheld console, and the great selection of Nintendo titles from Mario to Pokemon, the Switch makes it in the top half our list providing an experience like no other console.

When we mention Nintendo, you likely aren’t thinking of the latest first-person-shooters, you are thinking of Mario, Luigi, Peach, and friends. One of the things that makes Nintendo consoles, such as the Switch, great is the ability to play family-friendly titles that are fantastic for kids and adults alike. The Switch even makes family gaming more accessible, as the console can be docked for television use, or taken about and used as a portable – great for when someone is using the TV, but you still want to play your video games. If you only want a portable console, you can even opt for the more affordable Switch Lite that does away with a TV mode.

While your mileage with the included controller will vary as we didn’t find it exceptionally comfortable over long periods, Nintendo does offer a Pro controller, which can be picked up separately. For those considering using the console on the go, the regular Nintendo Switch can last up to 9-hours, while the smaller Switch lite can last up to 7-hours. Overall, the Switch is our best game console for kids and its approachable game library also makes it the best gaming console for beginners. Read all about the best video games and see for yourself.

WHY WE LIKE IT: Oculus Quest delivers an immersive virtual reality experience with a crystal-clear headset and versatile controllers. Best of all, the Quest doesn’t require a separate gaming PC to operate; it is an all-in-one system.

When Oculus released its original headset in 2012, it was hard to imagine that it would become as fantastic and accessible as a system it is now with the Oculus Quest. Featuring an inside-out tracking system, virtual reality no longer requires you to set up annoying tracking beacons throughout your play space. Additionally, while other systems tend to include cheaper controllers on their portable headsets, the Oculus Quest keeps everything comfortable by adding the company’s top-tier wireless touch controllers.

Virtual reality is still an expensive investment, and the Quest still costs more than many full-featured gaming consoles. Nevertheless, if you can afford it, the headset will provide you with the best virtual gaming experience available. We should note that due to the movement required in VR, we did find trouble playing Oculus in smaller play spaces, which makes it unideal for small apartments or other living situations. If you aren’t ready for VR, check out the best gaming monitor. 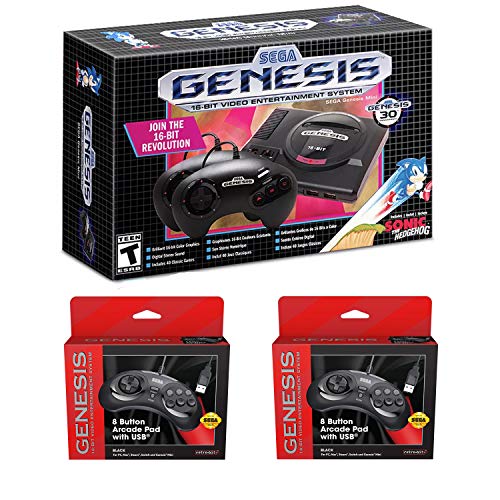 WHY WE LIKE IT: The Sega Genesis Mini brings back some of our favorite games from the past, including Mega-Man and Sonic the Hedgehog, all at an affordable price. Plus, each console comes included with multiple controllers.

The Sega Genesis is back, at least in miniature form. Sega is taking us back to the late 1980s with a re-release of one of its most classic video game systems. Now available at a super affordable price-point, when compared to modern consoles, the Sega Genesis Mini is a great way to play video games and vibe with nostalgia. Including over 40 preloaded retro games, including Mega-Man, Sonic the Hedgehog, Comix Zone, Gunstar Heroes, Streets of Rage 2, and more. The package even includes extra controllers so you can get started playing with friends out of the box – it indeed contains everything you need to get started.

The video signal is exported over HDMI, meaning you’ll be able to enjoy these games with a level of clarity never before seen from an official Sega console. However, we do wish you could add-on new games as you are limited to the 40 pre-included; that being said, the selection includes most of Sega’s greatest games. Sega’s Genesis Mini takes our award for the best cheap game console thanks to everything it includes in the box. Prefer the PC? Then check out the best gaming pc.

It wasn’t easy picking the best game consoles with so many different options available; it truly is a great time to be a gamer. However, we did what we needed and rounded up the best options based on essential factors, including each console’s overall game library, graphics power, storage space, and multiplayer abilities. We then set a set of minimum criteria to determine which options were the best, recommending only the best to you. No matter which game console you pick, you’ll have a great experience. Any of the consoles on this list would be at the top of the best gifts for gamers.

When it came to game libraries, we ensured that each console offers a large selection of games to keep you playing. Even our smallest game console selection delivers over 40 different games to play, and many consoles are expanding their libraries continuously. Every TV system we selected runs off HDMI to provide a crips video experience and those that support high-resolution graphics do so at a minimum of 1080p HD when playing on the big screen. Some consoles, such as the Sega Genesis Mini, offer updated graphics for older retro video games, allowing them to be played with new fidelity.

All of the consoles we selected that store modern games either include at least 128GB of storage out of the box or accept SD-cards for rapid expansion. Additionally, you can opt to download games on all of the consoles, saving you physical storage space when it comes to game boxes. Lastly, each system offers some version of multiplayer, because gaming is best with friends, whether it be locally with a friend next to you or online over the internet.

What is the best gaming console?

According to our research, the best console is the Sony PlayStation 4 Slim; it delivers a premium gameplay experience thanks to its massive game library featuring enticing exclusives, a powerful graphics chip capable of out-putting vivid HDR video, and an easy to use multiplayer experience.

Which is better Xbox One or PS4?

In our testing, we found the PlayStation 4 to pull ahead of the Xbox One. The PS4 offers a more refined user experience and a more extensive library of exclusive games. However, the best gaming console is the one that has the games you are looking for, so it is an entirely personal opinion. We recommend viewing the games available on each system before making a purchase.

Should I wait for PS5?

The PlayStation 5 is right around the corner, but that doesn’t make the PlayStation 4 anything less than a great game console. Additionally, the PS5 will bring with it new games and accessories at full price, versus a selection of great games already available on the PS4 at reduced prices. You might want to wait if you want to be on the bleeding edge of technology; otherwise, the PS4 is still an enticing system to purchase.

Should I buy a gaming console?

Do you enjoy relaxing in front of the television or watching films, but wish it was more interactive? You may want to take a deep-dive into video games. Additionally, if you are seeking a way to escape from the world, video games allow you to be nearly anything you want from a western cowboy to a cold war soldier to an Italian plumber saving princesses. 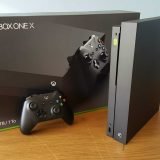 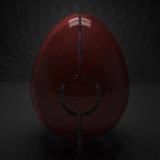 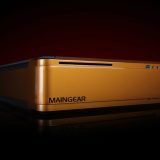 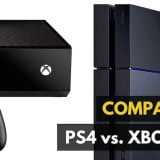 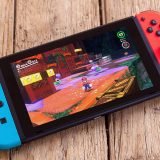 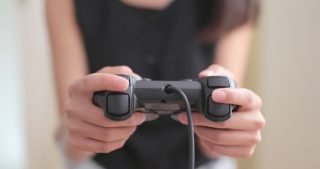 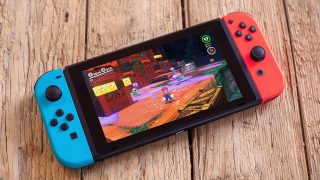 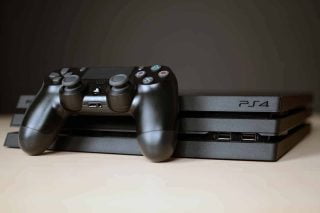 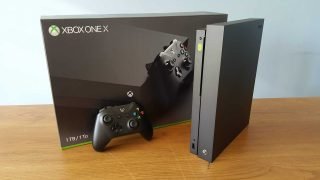 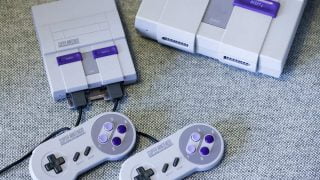 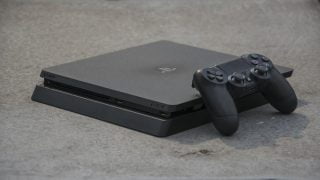 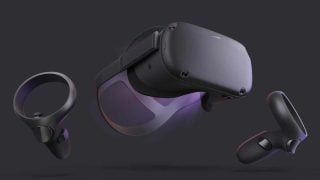 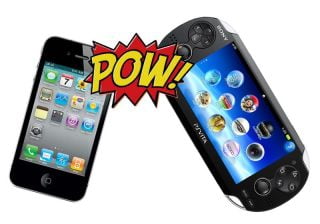 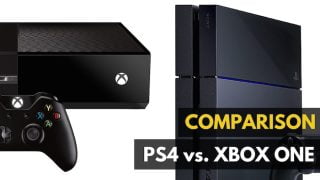 Looking for the best game console? Both the Xbox and...