We found the best concertinas on the market using the following criteria: style, number of buttons, tone, volume, range, materials, durability, portability, warranty, and ease of use. We narrowed down our search by focusing on English and Ango-style concertinas for beginners, eliminating the rest that didn’t fit into such categories.

Our top pick was Trinity College’s AP-2230 English concertina. It is a fully chromatic musical instrument with 30 buttons in a three-octave range. Beginners can use it to learn how to play a concertina without having to purchase a more advanced one as their skills progress. Offering a good range of sound, even professional musicians will enjoy playing a variety of folk music styles with this instrument. Keep on reading to learn more about our favorite concertinas.

WHY WE LIKE IT: Trinity College’s AP-2230 is the best English concertina on the market. It has 30 buttons in a three-octave range with notes alternating between two hands, making it indispensable for fast-paced folk and classical tunes.

The English-style AP-2230 concertina by Trinity College is a handcrafted, authentic reproduction of the 19th century instrument. It has a unisonoric system, which means the push and pull of the bellows produce the same note when you press any key. It has 30 buttons within a three-octave range, making it a versatile concertina that fits many styles of folk and classical music, especially in the hands of a virtuoso. As it offers a greater variety of sound than the rest of the concertinas on the list, you can continue using it as you progress further in skill.

Both sides of the instrument have padded, adjustable thumb straps as well as metal hand stops. These features make it comfortable for musicians of any skill level. It has black fabric bellows with eight folds that enable you to play it smoothly, and an air-release button that lets you close the instrument without any noise. It also has laminated wooden end plates with a light brown walnut finish. Measuring 8.7”x7.9”x7.1” and weighing 3.55 lbs., it isn’t the lightest or most compact model in the market. However, its plush-lined zipper gig bag allows convenient storage and transport. With its fabric handle and adjustable carrying straps, you can take it on the road without any hassle. You may also like the best singing bowl set.

WHY WE LIKE IT: The lightweight Hohner D40 Anglo-style concertina is the best for beginners. It has 20 buttons and 40 reeds with a beautiful tone, giving budding musicians a great sound range without making the instrument too complicated to learn.

The Hohner D40 is the best concertina we’ve reviewed so far that fits beginners. It comes with 20 buttons and 40 reeds, playing in the key of C major and G major. It offers you a great range of sound without making it too complicated to learn. Like our top pick, it comes with an air-release button that allows you to close the instrument quietly. It also has a convenient padded carrying case for easier storage or transport.

As this is an Anglo style concertina, unlike Trinity College’s AP-2230, it comes with full hand straps. While they are comfortable and convenient, allowing musicians to carry the instrument with ease, the hand straps might not fit smaller hands. There are other factors that make it less ideal for professional musicians. For instance, it needs careful handling as the buttons tend to stick to the housing. On the bright side, if you detect any issues with the instrument within 90 days of receiving the product, it should be covered by the warranty. It measures 14”x14”x14” inches and weighs 3.4 lbs., making it bigger but slightly lighter than our top pick. You may also like the best wood blocks. And for recorded music, try the best record players and turntables.

WHY WE LIKE IT: The Ammoon concertina accordion is the best Anglo concertina we’ve reviewed. It has 20 buttons and 40 reeds in a 2.5 octave range, giving beginners and budding musicians great variety without the hefty price tag.

The Ammoon Anglo-style concertina has 20 buttons and 40 keys within a 2.5 octave range, similar to Hohner Accordion’s D40. It has a clear, loud sound with a beautiful tone. As it isn’t a chromatic instrument, it’s mainly great for playing in keys of C, G, and Em. Its range might be limited compared to our top pick, but the instrument itself is easier for beginners to learn. Its buttons do require more effort to push, which means this concertina isn’t suited for fast-paced dance music. Ammoon offers this concertina in bright colors, ideal for musicians who want to show more personality with their instrument.

Both sides of the instrument have adjustable hand straps, allowing you to hold it tightly while playing. Measuring 8.8”x8.6”x6.9” inches and weighing 3.64 lbs., it’s slightly bigger and heavier than our top pick. Nevertheless, it is still travel-friendly as it comes with a lightweight nylon case with adjustable straps. The Ammoon Anglo-style concertina is also a great introductory instrument that won’t break the bank, great for those who want to try out the concertina but aren’t fully committed to playing it in the distant future. Whether you play the best xylophones, or the best chimes, your instrument should be quality.

In our search for the best concertinas, we scoured the web and found nearly a dozen instruments to review.
We narrowed down our selection by focusing on English and Anglo concertinas, which are the most commonly accessible styles in the market. If you want to learn about your new instrument with recorded music, take a look at the best turntable to start.

We then chose concertina models that aren’t too complicated for beginners to play with but still offered more advanced musicians a great range of sound, ideally with keys within the 20 to 30 range. Our favorites produce clear, loud sounds in beautiful tones.

Given that the average concertina requires quite an investment, we carefully selected instruments made with durable, long-lasting materials, offering incredible value. Extra points were given to models that came with good warranties.

Ease of use was important in our selection as well. We selected instruments that musicians can play comfortably. We therefore favored models with padded and adjustable thumb straps or hand straps. We made sure the instruments had air-release buttons, so you can close the instrument without producing a very loud, horror-esque bang.

Feel free to check out our Top Picks and other popular options on Amazon.com.

The Most Important Factors to Consider

There are a few factors that you need to keep in mind before purchasing your concertina.

Is the concertina easy to play?

The lightweight, compact size of a concertina, as well as its fixed tuning, makes it an easy instrument to learn at any age. However, the ease of use of a concertina ultimately depends on the type you use. So, make sure to go over our guide carefully to find the right instrument that suits your both abilities and needs.

What is the best concertina for a beginner?

Out of all the concertinas we reviewed, we found Hohner Accordion’s Anglo-style D40 concertina as the best for beginners as it has 20 buttons in a 2.5 octave range, giving beginners great variety without complicating the learning process. Before purchasing a concertina, we recommend you find out as much information as possible so you can discover the right beginner concertina that matches your requirements.

What is the difference between the English and Anglo concertina?

The English and Anglo concertinas are two of the most common styles on the market. While they are both lightweight and versatile, they have distinct characteristics that produce varied performances. An English concertina usually has 30 to 48 keys, and it produces the same notes on the push and pull. You can play the scale by alternating between ends, making it great for playing fast runs. An Anglo concertina, on the other hand, has 20 to 30 keys that produce different notes as you push and pull the bellows. It is great for playing Irish folk music.

What’s the difference between a Concertina and an Accordion?

Although similar musical instruments, there are several differences between the two – most notably the buttons. Accordion buttons, known as “bass,” are pushed perpendicular to the bellows. However, concertina buttons are pushed into the instruments, traveling in the same direction as the bellows. Another notable difference is that most accordions feature bass that can play an entire chord, while concertina buttons play only one note, not a whole chord. In addition, accordion reeds are attached to the top edges of their chamber walls, whereas traditional concertina reeds are mounted into slots facing the reed pan.

What is the most common Anglo concertina?

The Anglo concertina was developed soon after the English. It features a wrist strap for support and two or three curved rows of buttons on each side. On two-row anglos, each row is in a different key, so the instrument is capable of playing only in two keys. The three-row is the same. You can refer to Anglos by the two keys they play in. The most common is the C/G anglo. On a C/G concertina, the outside row plays the key of C, and the inside row plays the key of G. Also, fairly common are G/D instruments, used mainly in folk dance music. If you would like to play Irish music on A C/G Anglo concertina, you should know that Irish tunes are mapped out based on a D scale, but as mentioned above, C/G anglos are designed to play primarily in C/G. 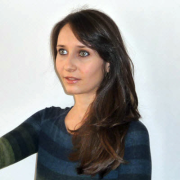 Based in Prague, CZ, Geri is a freelance writer with nine years of experience. Technology, marketing and finance are among her favorite topics to write about. She's also a strong advocate of plant-based and ethical living.

HumBeatz Turns Your Voice Into A Musical Instrument
July 31, 2020