In the market for the best archery target, something smaller and focused like darts? Maybe you need a practice board—not cheap, but not expensive either. Of course, it has to be well-made, too. High contrast between scoring zones isn’t a bad feature either. In that case, you want the Unicorn Eclipse Board Ultra Segmentation Dart Board. For those planning to hunt in the wild, check the best hunting and shooting guide. 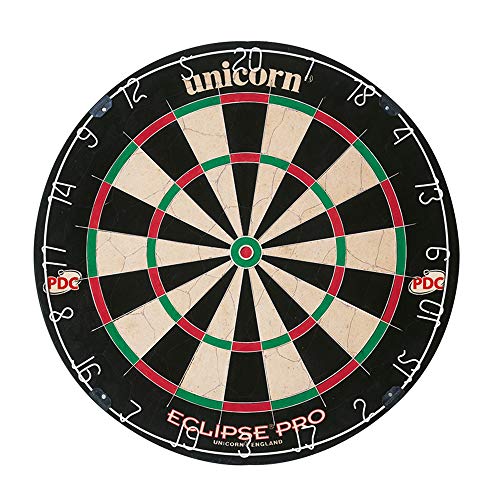 Related: If you are looking for the best rifle for your hunting expeditions, read the Snow Wolf M99 Airsoft Spring Sniper Gun Rifle review

Why We Like It – Unicorn Eclipse Board Ultra Segmentation

About as straightforward as you can get: a solid quality constructed board with high contrast score zones and separators that prevent bounce offs. Good choice for practice.

Starting with the board itself, the Unicorn Eclipse Pro Dart Board incorporated a few necessary changes to keep your averages higher and prevent bounce offs. For starters, the contrast between white, black, red, and green is quite high. It helps separate the two, so you know exactly where you want to throw. Furthermore, the ultra slim segmentation between each score zone is very thin, which further prevents darts from bouncing off and instead get redirected most of the time. That isn’t something that concerns the Morrell Double 450FPS Archery Target.

Overall the build quality of the Unicorn Eclipse Board Ultra Segmentation is quite good. So good that it has had world champions endorsements and PDC endorsement. That should give you some idea of its championship quality bristle board. However, the bristles can be weak if not handled carefully. Make sure you aren’t touching the bristles too often or you run the risk of them falling out. If too many were to fall out, it weakens those zones, which means darts have a harder time sticking. The Delta McKenzie Speed Bag Archery Target only supports field point arrows, but the Unicorn Eclipse is very accommodating of different darts.

The Unicorn Eclipse Board Ultra Segmentation Dart Board is as straightforward as it gets: a middle of the road dartboard. It’s far better than some junk dart board you would pick up at a nearby supermarket, but it isn’t as good as a high-end dart board you would see in rare cases. It’s price tag of $55 also reflects that, considering higher end boards tend to run around $90 and up. We only wish that darts were included; otherwise it’s a solid choice for practicing in a game room. If practicing outside is your thing, the Block Classic 22 Archery Target might be of interest.

The Unicorn Eclipse Board Ultra Segmentation isn’t your average board, but rather a step up from that. It has had world champions endorsements and from the PDC, too. It has a solid construction, high contrast zones, and thin separators to prevent bounce offs. You’ll have to supply your own darts, however, and take good care of it. 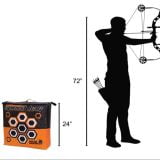 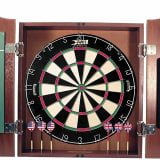 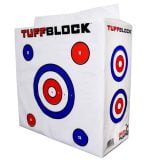 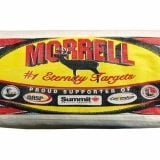 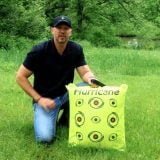