What the hell is Pogoseat and why should you care?  If you attend live events, such as concerts, sporting events, or anything in between you’ll want to know what Pogoseat is.

In short, Pogoseat allows you to almost instantly upgrade to a new seat, or set of seats without losing your existing ticket’s investment (i.e. face value).

For example: let’s say you’re at a Dodger’s game in Los Angeles.  Your seats are located in the blazing hot sun on an almost sell out day.  Instead of leaving early, you could simply open the team’s app (or web portal) enter your existing ticket info, pay, and move.  Yes, it’s that easy.  Digital tickets are emailed to you, as well as displayed on the screen of your smartphone. So how does this top-rated sofware app work? Continue reading to find out more..

I had the chance to use Pogoseat at the LA Galaxy soccer game this past Sunday.  And based on my experience the process is simple and painless.  And best of all, I was able to move from my existing seat to a new one without feeling the shame that often comes with sneaking closer to the action.

When Pogoseat first launched, they offered their own app.  But now, instead of an app, their system integrates with existing apps.  If a team or venue doesn’t offer an app, they can also provide a web portal that is extremely quick and easy to follow.  The LA Galaxy, for now, have opted for the latter approach.

How Does It Work

So how do you upgrade?  If you’re attending an applicable stadium you can upgrade before the game or show, or up to 1 hour into the event.  Just enter the approapriate URL – in this case it was galaxy.pogoseat.com – select the seat upgrade and punch in your ticket’s bar code (they don’t have a scanner yet).

Related: If you want to prepare for MBE, check review The Barmax MBE Questions App

Once you complete your purchase you’ll be presented with your new tickets.  In my case, I used my iPhone and captured a screenshot just in case.  They’ll also send you an email confirmation, just in case any stadium ushers get surly with you.

That said, they unfortunately haven’t integrated into iOS’ Wallet, but it’s probably just a matter of time.  And I can’t speak to Android, but it should be the same process as iOS.  I’m fairly sure feature phones won’t work, but with Android phone’s becoming so cheap it’s a moot issue.

And beyond upgrading your seat, you can also purchase other upgrades.  In our instance, we had the option to rub elbows with some of the LA Galaxy player or take a faux penalty kick on the field.  So beyond reducing the friction of seat hopping at an event, Pogoseat can enhance your attendance experience as well.  This if course adds revenue to the stadium or ticketing company, which is great for the businesses looking to eschew their traditional flow of revenue.

I’d use Pogoseat on a case by case basis.  So here is my thinking.  If I’m at a sporting event, and more than 30% of the seats are empty my brain is likely to run the math, determine the “getting caught factor” is low and then just sneak into the new seats.  Now, that doesn’t account for a righteous usher.  If I were to spot one standing guard, then the likelihood increases vastly that I’d use Pogoseat, since it both validates my presence and allows me to proudly walk to the much better seats.

But, that’s a sporting event, where there is generally 20,000+ people in attendance, which means it’s easier to slip by unnoticed.  In the case of say Cirque De Soliel, which Pogoseat has partnered with, the venue is much smaller and intimate.  There I’d be very inclined to upgrade to a new seat because the friction to move is much higher, and my experience would be enhanced enough to justify the cost. 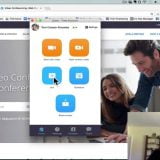 Zoom vs GoToMeeting: Zoom Offers More Bang for Your Buck 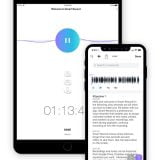 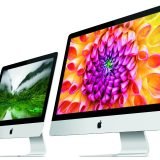 iCall: VoIP App For The iPhone 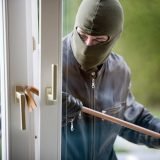 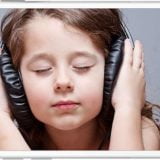