Ambitious companies produce ambitious products, and Dell is ambitious in more ways than three. With features such as Frame Rate Control contributing to the image quality, and the security lock slot to provide the option to lock your computer.. As number 6 of the Best 27 inch Monitor buying guide, this 27 inch monitor finds balance by being capable of both stunning visuals and physical security. 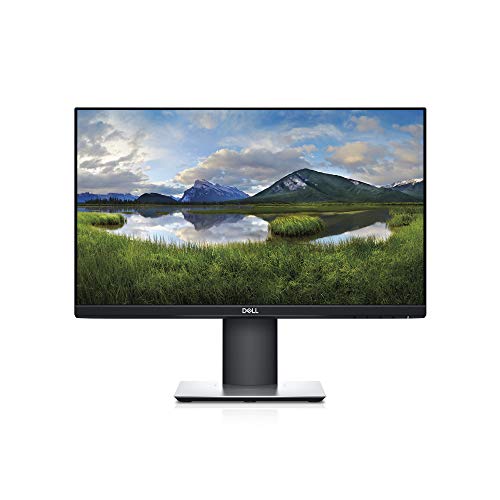 The Dell P2719H is a lightweight monitor that occupies less space, offers security options, has striking visuals, and a flicker-free screen. It can also be adjusted in four ways to avoid bad angles.

Because this LCD monitor has an IPS panel, it has amazing colors and viewing angles. However, this panel type doesn’t have the best response time. By having the response time of 8 ms combined with 60 Hz refresh rate, it’s more susceptible to lag.

Unlike the Acer SB270 Bbix 27, Viewsonic VA2759, and the BenQ GL2760H, users can tilt, swivel, and pivot this monitor rather than just tilt. However, while having a stand lock is ambitious, this monitor needs a screw and screwdriver to adjust it. With how lightweight the monitor is, the stand’s base is stable despite being smaller than the bases of similar Dell monitors. There’s an array of ports: DisplayPort, HDMI, VGA, and USB 2.0 and 3.0, with the USB ports having one upstream USB port and four downstream USB ports. The USB ports won’t work unless there’s a cable connecting the upstream port to the user’s PC of choice, which may seem weird to some users.

It’s adjustable enough for all sorts of combinations of angles, contrasts, and levels of brightness for comfort. Alongside the power cable, it conveniently comes with one USB cable and one Displayport cable. Users will have to buy an HDMI cable separately. While those cables contribute to the overall pricing, they wouldn’t affect it too much.

As a Dell monitor, it has awkwardly implemented features such as the stand lock and USB port availability. As a monitor in general, everything aside from those two features are passable. As long as it’s not used for gaming, it’s a great monitor for what it can do.