Columbia Wallets look good, there’s no doubt about that, sharing many qualities with Cool Wallets. But it’s also functional, due to having a key feature the Best RFID Wallet has: RFID protection. It prevents data theft when you’re out and about, yet doesn’t sacrifice style and ability to have a generous number of cards. 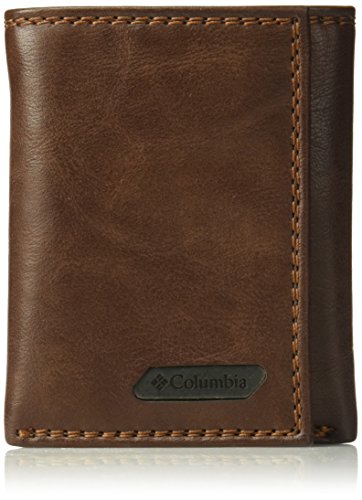 Columbia Wallets are a great choice for people looking for a stylish, yet rugged and functional leather wallet, which you’ll find 10 card slots inside, and over a dozen colors to pick from.

The genuine leather of the Columbia Wallets looks mighty fine. It has been cut well, embroidered expertly, and the edges have been shaped. It even comes in 15 colors, but sadly are mostly variations of brown (or black). A few funky colors or graphics would have been appreciated, like the slim, leather Tommy Hilfiger Wallet.

As nice as leather can be, it can have a tricky shelf life if it isn’t cared for. Columbia Wallets are dry clean only, but still requires the care leather needs to avoid cracking and peeling; otherwise, it should last you several years. However, several users noted the embroidering busting when used.

When in action, Columbia Wallets are very generous in their performance. There’s 10 card slots in total, with 9 dedicated to your debit/credit cards, and an ID slot for your license. The slots have been spread out into a trifold design, with small hidden areas for change or extra cards. Those cards are then protected by a layer of RFID protection, placed under the leather itself to prevent theft.

Columbia Wallets are exactly why slim, minimalist wallets exist. Due to the thickness of the leather used, it significantly beefs up the size of these wallets. Even worse, it’s a trifold design, which further increases the thickness of the wallet. In other words: over time, the wallet will expand to proportions that make it uncomfortable to slide in your pocket. Not the Travelambo Wallet though!

There’s no doubting Columbia Wallets look good and function fairly well. You get plenty of card slots and RFID protection as a bonus. Unfortunately, its durability appears to be mixed, which means you might be replacing the wallet within two years. If you want something longer lasting and more tactical, pick up the Flipside Wallet.

Columbia Wallets are stylish, functional, but bulky. Its ability to hold 10 cards is great, as are the little pouches within. You even get RFID protection to shield said cards from data theft. And its leather construction looks real good—but it can lead to a bulky, expensive annoyance that might last several years or a few months. 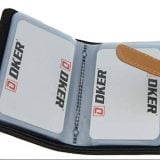 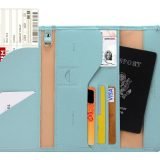 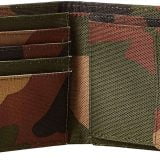 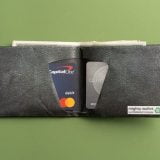 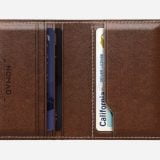 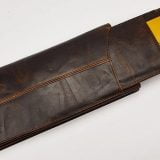