As part of number 4 in the best apple watches buying guide due to being part of the Edition series, the apple watch series 5 nike edition has apps such as nike run, the health app, and cycle tracking. There are also exclusive watch faces to complete its sporty look. There is a reason why it is one of the best smart watches; read on to find out.

Why We Like It – APPLE WATCH SERIES 5 NIKE+ EDITION

With extra emphasis on fitness compared to the regular apple watch series 5 watches, the new apple watch nike features the same apps as the series 5 watches with an extra workout app or two, and there’s also a new feature called the Blood Oxygen app.

For fans of Nike inc., these watches easily let customers know that they’re the result of Apple collaborating with Nike, as they flaunt the signature Nike logo. The sport band has small holes in them for breathability, and come in 2 colors at a time, with the primary color covering most of the band, and the secondary color for the edges of the holes. However, the stainless steel casing is not available, meaning it’s easier for the watch to break in ways other than the screen. To preview a different smart watch that is compatible with iOS 6, iOS 5, and iPad 3rdand 4th generation, open our Cookoo connected watch for iPhone review. For a more durable option, check out the top rugged smartwatches.

The customer is basically paying for the sport band, Nike branding, at least one Nike exclusive watch face, and the two extra apps. While the band is about $49 by itself, the hefty boost in price is mainly due to the watches having the nike branding. Unless the customer is that big of a fan of the Nike company, a regular series 5 watch is a better alternative as it costs about $100 less.

Aside from the overall appearance and the three additional workout apps known as nike run, the health app, and blood oxygen, it’s the same as the apple watch series 5 watch. However, it’s because it’s a series 5 watch with extra features and a breathable band that it’s the best smartwatch for workouts. 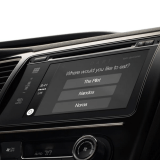 Dart: Autofill and Customize Emails on the iWatch 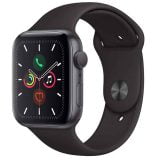 Everything You Need to Know About The Apple Watch (list) 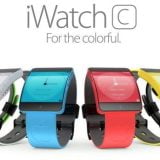 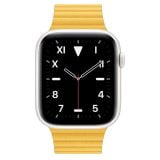 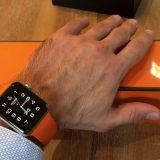