How many times have you replaced your charger due to loss or breakage? I’ve gone through at least six cables since my 3GS. I’m using a 4S now, that’s just two devices!  Even wireless land line phones would sit on a cradle. I didn’t have to unplug it from the charging dock when I wanted to take my 2 GHz wireless home phone into another room, so why isn’t it the standard now? I’ll tell you why, because the manufacturers of your mobile devices hate you and love your money. Well, not just your money, they also love the money of the 3rd party vendors who license the right to make charging cables of their own.

Now when I’m at home, I occasionally forget to plug it in. This has infuriated and frustrated me enough that I began looking into what wireless charging options are available, and surprisingly enough, found there are finally more than two. I also learned that what I thought of as wireless charging isn’t actually wireless, it’s conductive charging. Conductive charging, unlike Inductive charging, isn’t exactly wireless. Instead, the wires used are hidden behind contact points between the charging device and the device providing the charge. Inductive charging is truly wireless and requires no contact between devices to transfer energy. Since I’ve done the research and also want similar products to become more readily available, I’ve yet again compiled a list to ease the pain of net sleuthing for you. These days we are busier than ever so we need the best portable chargers in our life.

BlueFlame Technologies, The Conductor is the winner of the CES 2014 Innovation and Design Award and is a magnetic conductive charger designed for the iPhone 5 and 5S. It’s available for $99 at Blueflamegear.com Conductive charging for the iPhone has been a long and complicated problem for manufacturers as the devices aren’t designed to be opened easily. In addition, the chassis leaves minimal space for added components. To handle this issue, BlueFlame and other manufacturers on this list have opted to include a case for the iPhone that connects to its lightning-bolt port to enable “wireless” charging of the battery.

For those of you who’ve opted to take the Windows route with your mobile experience, there’s even a wireless charging option for you. If you have one of the many Nokia Lumia’s of course. This time, instead of placing a case around your phone, Nokia’s wireless charging shell replaces the stock cover of the device. It’s a smart move, but one that is becoming less and less possible with other manufacturers moving to the unibody designs of the iPhone and recent Galaxy models. The charging shells come in a wide array of colors to better match with your devices theme, which is important I guess. For one reason or another, Nokia doesn’t have prices or sell these nifty accessories on their site, but Amazon has them in bundles. Pricing? Depending on your model of Lumia, the price ranges from $16.00 to about $50.00.

Instead of going with a solid pad like the other manufacturers, Nokia instead has opted to go with a charging pillow, which also comes in a variety of colors to choose from. Why is it a pillow? I haven’t a clue. Perhaps no one realized that it’s likely to pick up tons of dust, or maybe someone did have that stunning realization, but only after manufacturing began. Sure, the pillow only weighs 112 grams, but since it needs to be plugged in to function, it’s not exactly something to be used while on the go. Regardless, with AT&T charging only $39.50 for it, I’d say it’s worth a gander.

Receiving well over their funding goal on Indigogo, iQi Mobile’s the new guy on the block to keep an eye on. As of right now, for $65 you can pick up the 2014 iQi Mobile Charge Bundle. The iQi Mobile is a 0.5mm thick, card like cable that is compatible with almost any current model handheld iOS device with a lightning connector (iPhone 5, 5S, 5C and iPod Touch 5G). Also included is a limited edition, Koolpuck charger, available in 14 colors, and a clear iPhone 5 Soft Case. The iQi makes wireless charging ridiculously easy by plugging into your Lightning Connector and stealthily slipping under most soft cases to seamlessly transmit power from their Koolpuck (or any other Qi compatible charging pad) to the phone. The instillation looks nonsensically easy to install and unlike some of the above options on the list, can be easily removed for when you need to synch with your computer. For your other battery needs, take a look at the best D batteries currently on the market.

The AccessCase is Duracell’s answer to the call of future tech. They’ve taken the wise direction of supporting both iOS and Android phones, albeit with limited options for the Android folks. For the iPhone users, you’re in the clear whether you have an iPhone 4, 4S, 5 or a 5S, with conductive AccessCases for each. As far as power mats, Duracell may have gone a bit overboard by releasing three different wireless charging pad options. There’s the $40 One Device Power Mat for the singles and the tech-conscious couple get the $50 Two Device Power Mat. For families with 3 wireless charge capable devices or more, there’s the $70 Three Device Mat. Clever naming scheme they’ve got going, don’t they?

If you’ve learned anything from this list so far, it’s that Qi has the wireless charging market on lock. Almost everyone with a wireless charging product is using the Qi standards, everyone except for Rezence, that is. The reason why, is that the team behind Rezence decided against using conductive charging and adhering to its limitations and instead opted to try out resonance methods while still supporting Qi compatible devices. Their current, development model is able to wirelessly charge from up to 18mm away, that’s almost half an inch. Be sure to keep an eye on these guys, future products supporting the Rezence standard should be quite magical.

The TYLT VÜ is another Qi compatible charging base for your mobile devices and like the Lumia Pillows, come in most colors of the rainbow. What makes the TYLT VÜ stand apart from the crowd is its ability to charge your Qi compatible devices from almost any angle. How did they do this? I haven’t opened one up as of yet, but I imagine that the copper coil within is larger than average and provides a larger charging area. At $70, they’re a bit pricy for what you get, (1 VÜ,1 AC Wall Charger and a User Manual), but they look cool and provide the ability to continue using your device relatively easily while charging.

BuQu Tech has got it right! Not only do they have conductive charging cases for both basic and S models of the iPhones 4 and 5, they also made the correct decision and supported both the Galaxy SIII and SIV. Their cases are composed of shock-absorbent materials and are designed to guard your device against accidental drops, shocks and even a bit of moisture. The cases are also made to work with each of their three different base designs. The prices for the cases range from $30 to $60 depending on model, so be sure to check out their site.

They also have a Mobile Battery for $60 which also wirelessly sends power to your devices. This compact 1800mAh external battery connects magnetically to the back of your BuQu phone case to charge your phone while on the go. It’s also got a USB port and comes with a micro USB cable so you can charge your non Qi capable devices as well. BuQu says that their Mobile Battery provides up to 8 hours of extra power for your phone, which, depending on your device, can almost double your up time.

8. ARK (base and battery) iPhone4 and above, Qi Compatible Devices

Already covered before here on GadgetReview, the ARK wireless charger by Bezalel is my favorite device on the list. One, because it’s portable. Two, because it’s being funded by a Kickstarter Campaign, meaning your cash is helping boost small business and ingenuity. Also, if you pledge $63 or more soon, it comes with a case for your iPhone or a patch for your Samsung device. They claim that the ARK uses an innovative technique that enables it to charge your smartdevice faster than a traditional wired charger. If this claim rings true, it wins by several lengths. It also has a USB port for cabled charging, but what really gets me giddy is that it’ll dual charge both wirelessly and wired simultaneously. Honestly, I could go on and on about the ARK, but I’ll save that for a later post.

In closing, I’ve got to ask a huge question that needs answering. With wireless charging tech becoming so abundant, why have so few manufacturers added wireless charging functionality to mobile devices by default? It requires less hardware, creates less waste and is a great marketing tool. You hear that Apple? Get on it. Stop making us buy extra cases and chargers to keep up. If not, you’ll be left behind like the last time Jobs was gone. 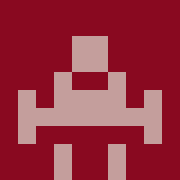