If you can’t afford our number one, the Ninja Foodi Deluxe XL, you can try the Instant Pot Duo 7-in-1. It can pressure cook, slow cook, steam, saute, make yogurt, warmer, and rice cooker, all contained in one device. It’s even dishwasher safe, making it one of the best kitchen appliances you can buy today! 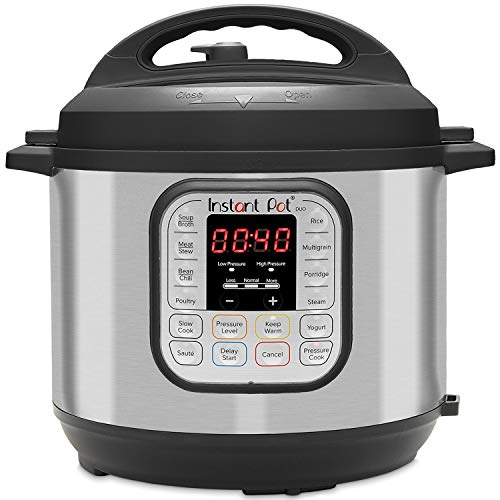 Related: In case you like this device, check out our Hamilton Beach Dual Breakfast Sandwich Maker review

With seven appliances wrapped into one multi-cooker, this kitchen appliance can cook fantastic meals 2-3 times faster than conventional means, without taking too much space or money.

Related: If you want to make your pizza at home, read the Presto 03430 review

To start off our Instant Pot Duo 7-in-1 Pressure Cooker review, let’s talk cooking times. Despite its low cost, pressure cooking is rather quick—70% fast, in fact. The pressure cooker is slow to start, but you’ll still finish cooking meals 2 or 3 times faster than normal, conventional means. But its slow cooker rice cooking was a godsend. Who else burns rice? And the Instant Pot Duo makes slow cooking rice a cinch. There’s even a designated button for it, among 13 others.

As well as the Instant Pot Duo 7-in-1 performs, the aesthetic doesn’t match. Compare it with the Ninja, with its dark stainless steel finish. The Instant Pot looks just a bit cheap. Thankfully, that’s just an aesthetic mark and not indicative of its performance. It’s capacity of 6 quarts also makes it slightly smaller than the Ninja, but is still capable of feeding a family of six. Strangely enough, its design doesn’t include an EasySeal lid, unlike many electric pressure cookers. Other Instant Pots have them, like the Duo Nova. There are safety features, thankfully.

If we’re talking value per pound, the Ninja FD401 Foodi 8-qt. 9-in-1 Deluxe XL Cooker & Air Fryer is several steps ahead of the Instant Pot. What the Instant Pot has over the Ninja, however, is a better price tag—one that allows you to save enough money to then pick up a Hamilton Beach Dual Breakfast Sandwich Maker and Dash DEC005BK. Multi cookers can get expensive, and the Instant Pot is in the perfect position to be your number one slow cooker without spending a bunch of money. It still holds its own, especially with 14 one-touch smart buttons for common meals.

Instant Pot Duo 7-in-1 Wrap Up

Despite lacking an EasySeal lid, the Instant Pot Duo 7-in-1 doesn’t necessarily need it; nice to have, but isn’t required to enjoy delicious meals. You’ll still be able to pressure cook, slow cook, steam, saute, make yogurt, warm, and cook rice—most of which can be done at the touch of a button. Afterwards, toss the compatible components into the dishwasher. Easy dinner, easy cleaning. 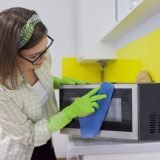 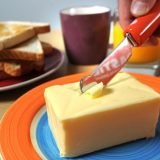 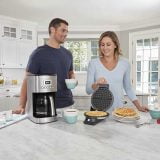 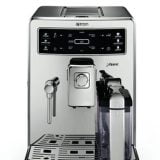 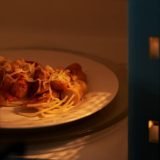 Troubleshooting Microwaves Turning On When The Door Is Opened