If you are new to the world of indoor cooling, you may look to compare a central air conditioner vs a wall unit. Many of the best air conditioners, after all, ship in one of these two designs. So what are the benefits and disadvantages of both types of AC units, and which is right for you? Keep reading to find out.

As you discover the different types of air conditioners, you’ll realize wall units and central systems are each unique in their own ways. As a matter of fact, the contrasts are more pronounced than when comparing in-wall air conditioners vs window units. The primary difference is location, as central units feature an outdoor unit and wall units do not, which is not true when it comes to mini-split system vs central AC.

Both types have air filters to clean or replace according to the manufacturer’s instructions.

Here are some more unique identifiers of both types, which are useful even if you are considering a gas AC vs an electric model.

Central air conditioning systems are built for cooling an entire building or home in one fell swoop, with ducts, vents, or cooling tubes located throughout the house. Wall units, on the other hand, only cool the room in which they reside, similar to how portable AC units and window air conditioners work. If you want your whole house to become cool at the same time, without the fuss of multiple systems, go with a central unit.

Both of these AC types are difficult to install in their own ways. Central units require professional installation and include multiple components, with both indoor units and outdoor units working in conjunction. Wall units need space in an outside-facing wall, so you’ll have to hire someone to cut out a sizable chunk of your wall unless one already exists. Central air conditioners also require ducts to operate, and some older homes do not have any. In other words, it’s something of a toss-up here.

Central air conditioning systems are on the expensive side, especially when compared to wall units. Central AC units can cost thousands upon thousands of dollars, whereas wall units cost just a few hundred dollars, depending on the size and cooling power. It must again be noted that you get what you pay for here, as wall units only cool a single room while central units cool the whole house.

STAT: In terms of total energy use, a central air unit will use the most by far. Window and wall units typically use between 500 to 1,500 watts, while a central AC may be in the neighborhood of 3,500 watts. (source)

When to get a wall-mounted unit?

If you only want to cool one room or if your house only features minimal square footage, go with a wall-mounted unit. They are also useful for rooms without windows or with improperly-shaped windows.

No room for ductwork?

Wall units use less electricity and are more energy-efficient than central units, but again, this is because they only cool one room at a time and can't handle large square footage. 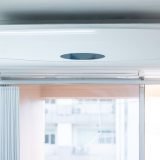 How to Use Air Conditioning 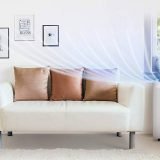 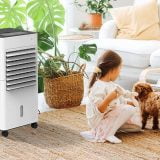 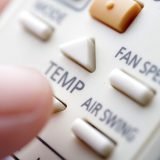 How Does A Portable Air Cooler Work? 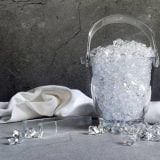 How to Make a Bucket Air Conditioner 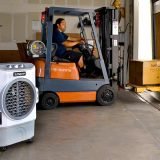