How to Connect Wireless Printer to Windows 10

You’ll need to connect an advanced printer to your computer at some point in your tech life. But depending on your operating system, the process can vary. And especially for Windows users, some operating systems feature completely different interfaces which can make adding a printer confusing if you’re migrating to a new OS. But adding a printer to a Windows 10-based computer is easy to do. Keep reading for the ultimate how-to guide.

If your printer is already connected to the same wireless network as your computer, the Windows 10 OS should automatically detect the printer. In this scenario, you can simply open a print dialogue in a text program or on the Internet and select your printer from the available printers listed. Also, if you do not have WIFI access, you can connect a hotspot with your wireless printer.

If your printer is already connected to the same wireless network as your computer, the Windows 10 OS should automatically detect the printer.

Connecting a Wireless Printer for the First Time

For people installing a new printer, there are a few steps involved to pair it with your computer.

Keep in mind that manufacturers may have a different process for wirelessly connecting their printers. So, it’s always best to refer to their manual. In some cases, you may need to download specific software or proprietary apps to ensure that the printer pairs seamlessly with your computer.

Likewise, even different models from the same manufacturer may require different operational methods to initially pair them with a Windows 10 computer. This is especially true for brands that offer wireless printers that lack a touchscreen.

In some cases, you may need to download specific software or proprietary apps to ensure that the printer pairs seamlessly with your computer.

Adding Your Printer to the Network

After ensuring that Windows 10 and printer software are up to date, the next step is going to be adding your printer to a wireless network. Specifically, it must be connected to the same network as your computer otherwise it won’t be able to sync wirelessly and your computer won’t “see” the printer.

Start with the Automatic Setup Feature

In most cases, Windows will automatically detect your printers, even if they’re on the network but were never previously connected to the computer. But in some cases, you’ll need to give Windows 10 a push in the right direction.

Start by selecting “Settings” from the Start menu. Once in Settings, select “Devices” and then select “Add a Printer or Scanner”. In most cases, Windows 10 will automatically detect your printer and add it to the list of available printers for your computer. But if not, you’ll need to complete a few more steps.

If Windows 10 doesn’t auto-detect your printer, it’s not the end of the world. You’ll need to click on the “Devices and Printers” link in the Devices dialogue. From there, you’ll select the “Add a Printer” tab towards the top of the screen.

The OS will begin scanning again to find any possible printers that are on the network. If found, the printer will appear in the list. Then you can select the printer you need and click the Next buttons until you reach the Finish button. Select the Finish button and you’ve successfully installed your printer. You may also be interested in reading this helpful guide on disabling your printer’s color management option.

Windows will automatically detect your printers, even if they’re on the network but were never previously connected to the computer.

When Your Printer Still Won’t Pair

While you hope it doesn’t happen, sometimes the printer just doesn’t appear.** In this scenario, click “The printer that I want isn’t listed” to begin troubleshooting.** You’ll be directed to the “Find a Printer” dialogue where you’ll be given several options to find it.

Start with “My printer is a little older. Help me find it.” as this option runs the most thorough scan to find your printer. However, if nothing works, you’ll need to search for the printer troubleshoot prompt from the Start Menu and selecting Find and Fix Printing Problems.

How do I install a wireless printer on Windows 10?

From the Settings app open Devices and then select Printers & Scanners. Once in this program, select Add a Printer and Windows 10 will automatically scan for printers on the same network.

Do wireless printers need to be connected to a computer?

No, they don’t. While you might need to connect them for the initial pairing, once on the network your computer will see your printer without a wired connection.

Can wireless printers also be wired?

Yes, they can. Most wireless printers still come with the option for a cable connection such as through Ethernet or USB.

STAT: In Windows 10, you can add/remove/manage printers from the Control Panel or the Settings app. (source) 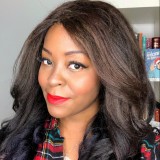 How to Dispose of Printer Cartridges