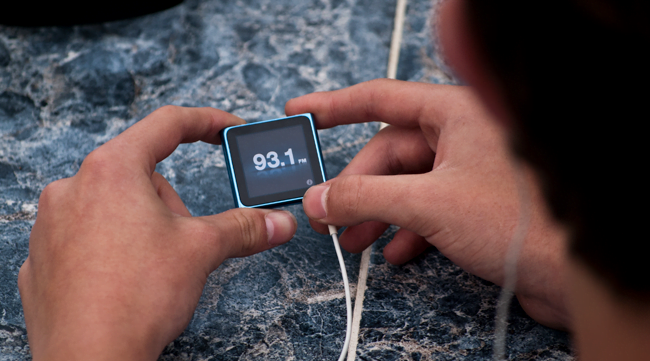 As gadgets get smaller and smaller, we begin to reach the absurd size problems we remember from Zoolander. If you have the Motorola SLVR with iTunes, you won’t have to worry about an iPod. The departure from the past iPod Nano design, as well as the complete reworking and shrinking of the latest device is highly questionable, and interested consumers are all wondering whether it’s worth the upgrade. If you want a more traditional walkman, take a look at our Sony NWZ-W263 walkman review instead. Or if you’d prefer to stay small, check out our review of Samsung’s tiny MP3 player: YP-F2. With an ipod players, it is easy to determine which is the best MP3 player in the market. 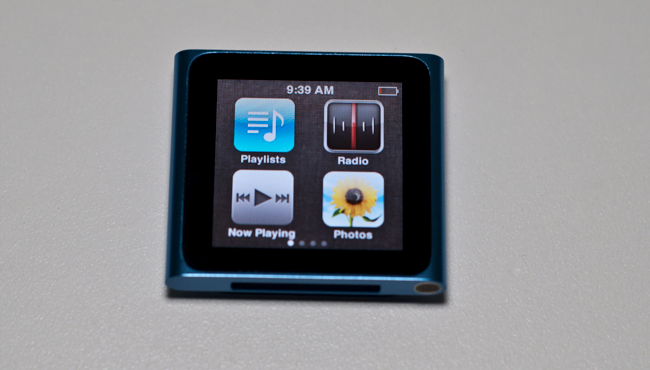 Apple’s complete makeover for the iPod Nano may look like the company is confused, but their history proves otherwise. Every product they make, every filing they submit, and every word out of Steve Jobs’ mouth is intentional. The latest Nano does not buck that trend. If you’re on the market for an MP3 player, check out the Monolith MX7000 semi-indestructible MP3 player now in 1GB 2GB.

The 6th generation iPod Nano rids itself of video recording and playback, effectively cuts the size in half, and has finally removed the last remnant of Apple’s renowned scroll wheel. In its place, a 1.54” capacitive touchscreen running on a slimmed down version of iOS. Wait till you see the features in the next generation of iPods. Read more in the ipod nano 7th generation review.

The loss of video recording and playback is nothing to fret over. Yes, it was convenient, but the tiny screen was, frankly, ridiculous to watch video on. I’m glad Apple acknowledged that and rid of the function. Recording video on such a small device was likewise handy, yet the light weight and small size, not to mention low resolution and mediocre picture quality, made the feature a last-resort for users. Most video shot on the Nano never even left the device, thanks in part to no Wi-Fi antenna. If you want to use the old school walkman, check out the Sony nwz w252 w series walkman mp3 player review.

This latest Nano is trimmed of all the fat from the previous model and gets down to the very core of the device: a small music player that’s simple, intuitive, and easy to use for anything. For kids to store their music collection on; for adults looking to exercise to a beat; for the busy salesman who already carries around too much in his pockets and needs something small and simple. 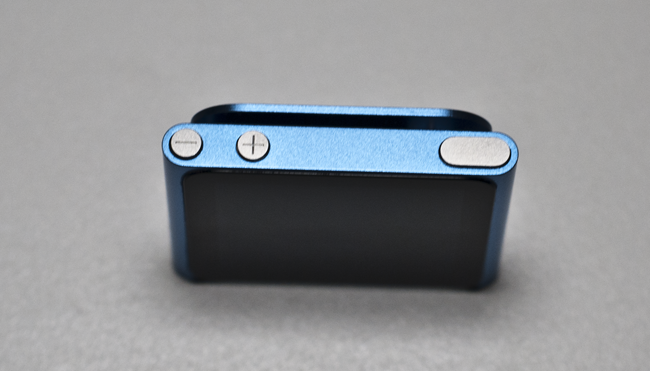 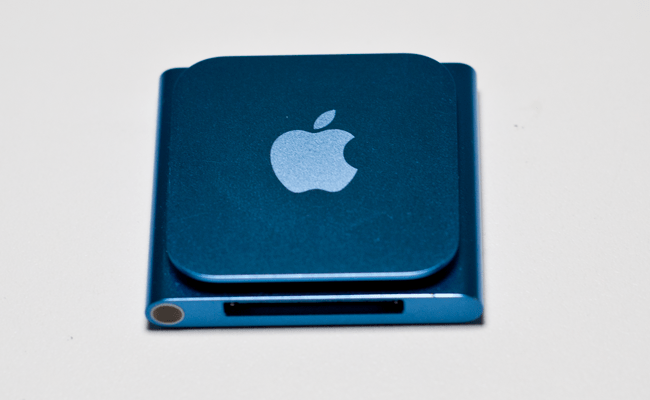 For these users, the Nano is an excellent fit. In practice, the Nano is an exceptional media player. With up to 16GB (8GB or 16GB models available), there’s more than enough space for the daily excursion or even a month-long trip. Battery life is rated for 24 hours of continuous audio playback, and the recharge time is quick, capable of a full recharge in just a few hours (or 80% charge in 1.5 hours).  In fact, there’s only one thing that doesn’t make the Nano the ultimate road warrior: its size.

Like all small things, the latest Nano is easy to lose. Scaling back in every way for this latest Nano simplifies the device, but also makes it a chore to keep an eye on. While testing it, I lost the Nano several times, each time slightly more than the last. Luckily they were all around the office or home. Had I left it on some store counter or doctor’s office, it would be as good as gone. 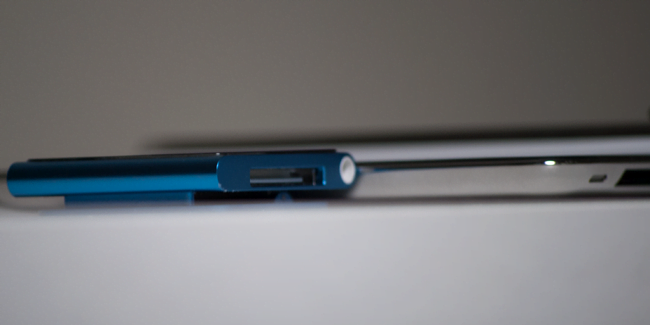 The iPod Nano, thicker than the 4th gen iPod Touch thanks to its clip

With the iPod Shuffle, such a loss isn’t a big deal. $50 is a much easier replacement than $150 (or $180) for the Nano. The inclusion of a clip to holster the Nano is great, to wear on the belt or an armband, though while testing I only used the clip for exercise. For the sake of not losing it, I recommend using the clip whenever possible.

Features are limited for the Nano to what’s already on the device, and the Nike+ add-on. The Nano is not strictly speaking an iOS device, though many of the functions feel and look identical. Rotating the screen (a 240×240 pixel square) is done with two fingers turning the image on-screen. This method is convenient and intuitive – much better than using accelerometers for the same function. Instead of a dedicated home button, pressing and holding a finger on the screen for three seconds returns to the home screen. Because there is no way to exit apps besides for holding on the screen, swipe functionality plays an important role on the Nano. Swiping left on almost any screen will go back one screen. 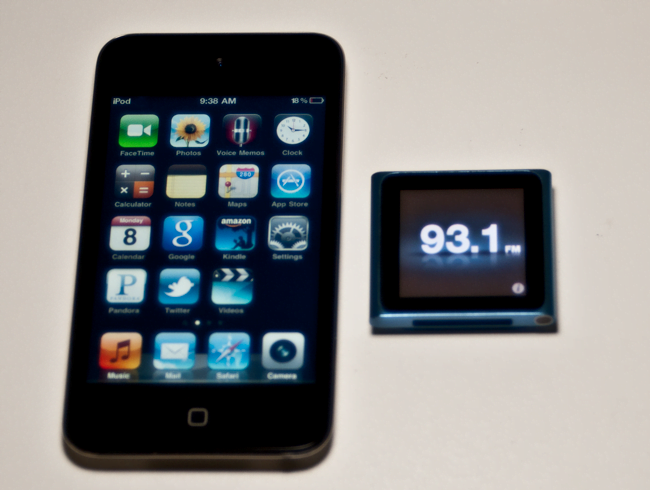 Apps on screen can be moved around, but none deleted. Four pages of apps include quick links to music (playlists, artists, now playing, Genius mixes, etc.), settings, photos, fitness, clock, and an FM radio. The photos app is almost identical to other iOS devices, though as I found out when putting pictures on the device, it took my 7000+ photos roughly two hours to be resized specifically for the Nano. It won’t store full-size images, and for good reason: there is no pinch-zoom function on the Nano, only a double-tap to zoom in enough for the full screen to be utilized.

The clock app includes an analog clock, stopwatch and timer. Fitness includes a silly pedometer, which uses the internal accelerometer to count steps. A history of the Fitness app’s use is also recorded.

The FM radio uses headphones as an antenna, and undoubtedly built the relatively weak iPod headphones to work best for reception. Other, higher-quality headphones I tested didn’t receive as good a signal as the iPod headphones, but users will have to determine quality of the sound versus quality of the earbuds for themselves. Unlike the Zune HD, this is no HD radio, just a standard FM receiver. Any number of stations can be set as favorites. A special “Live Pause” feature allows up to 15 minutes of radio to be stored, in case you don’t want to miss anything. Battery life cuts down significantly when using the FM radio. In my testing, I averaged between 6-8 hours listening to FM radio.

The iPod Nano also has voice control, though the included headphones do not include the required microphone. Interested users will have to purchase a separate set for $30.

Apple’s latest iPod Nano is a simplification of media playback devices. The computer and cellphone giant has finally made three (technically four) separate mobile entities: the Shuffle – light, inexpensive, and for music only; the Nano – screened, high capacity for photos and music, and an excellent exercise companion; and the Touch (or iPhone) – the do-all media device for music, videos, pictures and games. The Nano performs its function marvelously, though interested consumers can purchase similar media players for cheaper. But they won’t find a better, crisper, and cleaner device than the latest 6th generation iPod Nano. 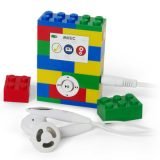 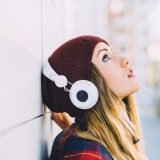 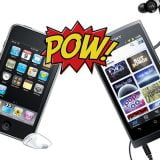 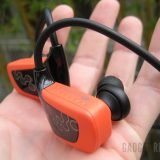 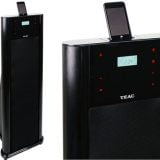 TEAC Brings Another Over Stated iPod Dock To The Market: The ITB1000