The best ultrabook is amazing, but maybe you don’t know what they are.

Ultrabooks. Just the name makes you think of some heroic, muscular laptop that can crush its foes between its two pinky fingers, and in most cases – you’d be right. But they’re also a lot more than that. Ultra-sleek, ultra-portable, and ultra-powerful. But what is an ultrabook and what makes it so “ultra” anyway? Check out the Lenovo LaVie Z Ultrabook – Best Business Ultrabook for some clues then read below.

The term “ultrabook” was first coined by Intel back in 2011, when they released their very first products in a category they themselves invented the Acer Aspire and Acer Zenbook. They were light, they were fast, and they could last for hours longer than any other laptop thanks to their “ultra” efficient processors.

These are laptops that were made to compete with the likes of the Macbook Air – portable, light, and powerful to boot. Since their introduction, anything tagged as an ultrabook has done so under three different generations: Huron River (2011), Chief River (2012), and Shark Bay (2013 – 2016). Each generation comes with its own set of requirements that manufacturers have to meet in order to get Intel’s seal of approval, including how big (or small) the laptop can be, how quickly it boots up from hibernation, and how long the battery lasts on a single charge.

In order to earn Intel’s blessing to call itself an ultrabook, a laptop needs to fit a specific set of criteria that separates it from being just another plain old keyboard with a screen attached.

Portability is one of the biggest factors in creating an ultrabook, because above all else: ultrabooks are created to be the ultimate combination of portability, productivity, and processing power. According to Intel’s specs, ultrabooks must be 18 mm thick or less for machines with displays under 14 inches, and 23 mm or less for those with larger screens.

Anything thicker than that, and you’ve got yourself a regular old laptop.

Another key feature of the best ultrabooks is their staying power. Built for the road warrior, these machines are made to go as long as possible between plug-ins, keeping you productive and unconcerned with the percentage meter that’s ticking away in the bottom of your screen.

As of the latest rollout, any laptop that wants to carry the title of ultrabook needs to have at least 6 hours of battery at load, and 9 hours of idle in Windows 10.

By Intel’s count, all ultrabooks need to have the ability to boot from sleep to live usage in three seconds or less, part of their productivity pedigree. This requirement ensures that users will never be left waiting around for their laptop if they need to punch out a report in a hurry, or just need to check the latest scores on the game while they’re waiting for a flight in the airport terminal.

Ultrabooks straddle a fine line between power and efficiency, but that’s what makes them so good.

The latest generation of ultrabooks utilize Intel’s Skylake “Core U” processors, which offer up the best of CPUs that are built from the ground up for business applications, creative productivity, and ultra-long battery life.

What is an Ultrabook Good For?

Although we could repeat all the different factors that separate an ultrabook from a laptop from the section above, it’s easier just to say one word: price.

Across the board, any laptop without the ultrabook certification will be cheaper than its counterpart. Without the need to measure every component up to the standards set forth by Intel, laptop manufacturers can slide on some parts while boosting others, depending on what the user needs. It’s possible to drop the battery life for a more powerful processor, or include less hard drive space to squeeze in a sexier screen.

That flexibility in how laptops are cobbled together makes them the cheaper option in every side-by-side comparison, but that doesn’t always make them the best choice. Ultrabooks are built to specification, which means you have a guarantee of quality no matter which maker you eventually go with. That seal may not come cheap, but it ensures that you’re never left holding the end of a laggy laptop that screamed in the store, but has been nothing but problems since you took it out of the box.

Laptops can be a crapshoot sometimes, while ultrabooks are almost always up to the job no matter what.

Unlike the laptop debate which is pretty clear cut, the differences between ultrabooks and Chromebooks aren’t nearly as easy to split down the middle. On the one hand, Chromebooks are light, compact, and built for pure productivity (so much so that you can’t even install any programs that might distract you). On the other, they tend to quite a bit less powerful than ultrabooks, and ultrabooks come with a wider selection of laptops that have higher quality screens.

Only two Chromebook screens have been able to really wow us so far (the Toshiba Chromebook 2 and Dell Chromebook 13), though the ultrabooks that do have comparable screens are also quite a bit more expensive than their Chromebook competition.

Of course, for true productivity in a wide variety of fields – eventually you’re going to need the option to install third-party software. Chromebooks and their locked-down operating systems means that if your boss wants you to install Photoshop for a quick advertisement retouch or to make a new banner, you’re out of luck unless you went with an Ultrabook running Windows 10. On the software side of the equation, ultrabooks blow Chromebooks clean out of the water.

Is an Ultrabook Right For You?

That all depends. Ultrabooks are made for mobility first, and budgetary concerns in a distant second. Often they can be much pricier than similar laptops with comparable  specs, because even though they have the same hardware, one was made with a lot more attention paid to the design, the weight, and the overall feel.

You definitely get what you pay for though, because Intel verifies the quality of every laptop that carries the “ultrabook” name before it leaves the factory floor. That said, unless you’re in a professional job that requires you to always be near a charged up PC or a full-time student, the extra cost of an ultrabook may not always pay off in the end. Ultimately it will come down to what features you think you’ll want most out of your next laptop, and how you think an ultrabook may (or may not) fit into that picture. 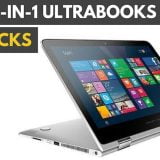 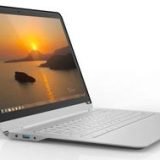 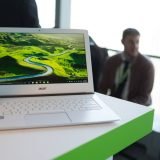 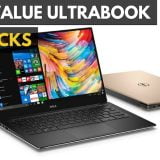 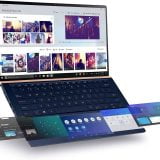 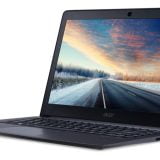