What is a Dot Matrix Printer?

If you are new to reproducing documents, you may wonder what a dot matrix printer is. After all, many of the best printers feature different designs and capabilities, including dot matrix models. So what exactly is a dot matrix printer, do you need one, and what benefits do they bring to average consumers? Keep reading to find out.

The humble and old-school dot matrix printer (DMP) uses pins that impact an ink ribbon to create reproductions, which makes them a good choice for printing documents but not when looking for the best photo printer. These printers are considered outdated, though many are still in use for a variety of reasons, similar to when learning the definition of a thermal printer. Dot matrix models can print multiple copies of the same text simultaneously thanks to carbon copying, which not even solvent printers can accomplish.

In other words, though these printers are slightly outdated, they still have their uses, though measuring the best printer speed is not one of them (they are known to be on the slower side.)

How Does a Dox Matrix Printer Work?

They offer a unique solution to the problem of document printing. This type of printer forms characters and letters via a matrix of dots (thus the name.) The print head has multiple pins attached to it and moves in the required direction, striking against a cloth print ribbon that has been soaked in ink. The dots arrange themselves in a particular shape to create various symbols, mimicking the printing mechanism of a classic typewriter and an old-school daisy wheel printer.

However, dot matrix printers allow the dots to arrange so that they can create many different symbols instead of being tied to just one symbol, as with a typewriter. When you print with a DMP, any character is basically an accumulation of dots.

Though slightly out-of-date, there are some benefits to choosing a dot matrix model for your printing needs.

These printers do not have many electrical components, making them excel in challenging environments, making this form of printer used in a variety of applications.

When should I consider a DMP?

When your inkjet printer is struggling to finish a job, consider a DMP to keep printing costs down. Laser printers are also an option here.

What does a dot matrix printer (DMP) mean?

This type of printer differs from inkjet printers as there is a pinwheel of dots on the print head that arrange into different configurations to create symbols and characters. This print head does not include any electrical components, and they come in various sizes, such as a 24-pin printer. 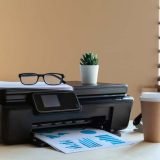 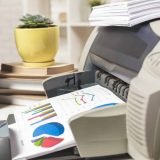 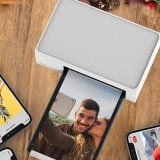 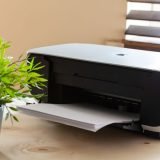 How to Disassemble a Printer 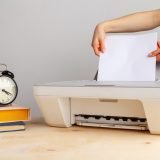 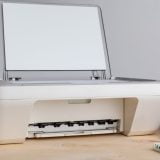 No Dial Tone on the Fax Machine