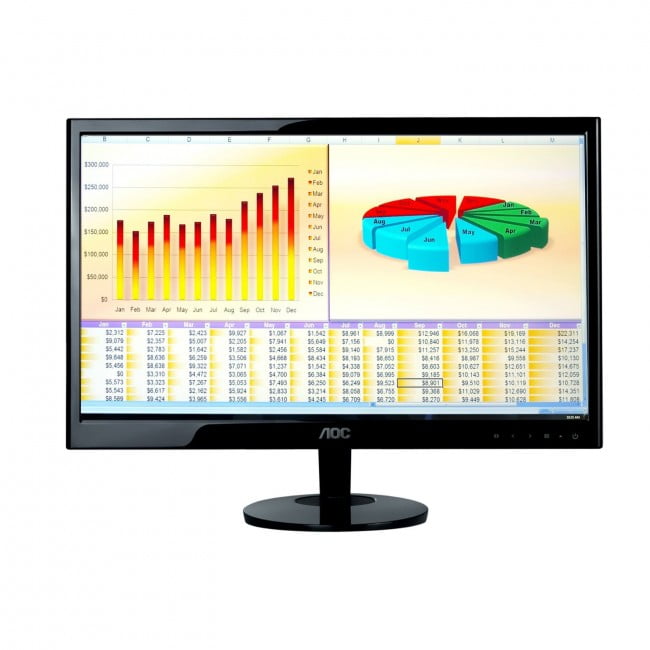 Portable screens are cool — the idea of being able to carry around a LCD screen is something that everybody can get into — explaining why smartphones and tablets are so gosh darn successful. But when it comes to a second monitor for your computer, portability has rarely been seen as an issue — it isn’t happening. Sure you can pull a monitor around with you — but between the weight and the power supply brick, portable it ain’t. Maybe you should read about the most important features on a 4K gaming monitor. Or, check out the best computer monitors on the market.

So that’s probably why I was so interested in the AOC 16-inch USB monitor reviewed some time back. More so than the Newsoul HDR portable monitor. Being able to quickly and easily attach a monitor to a desktop or — more importantly — to a laptop is neat. As is the lack of having to lug a power supply brick around. But while 16-inches is good, 22-inches would be better. Okay, so there’s the AOC E2251FWU 22-inch Widescreen USB LED Monitor and the AOC Aire Pro LED monitor, which comes in a tad bigger at 23 inches.

The AOC E2251FWU is lightweight, all out of proportion to my 20-inch Apple Cinema display. It’s LED-backlit so I’m expecting good color and contrast and even lighting from corner to corner. But again, it’s the portability that makes this monitor useful, as it can go into a backpack (albeit a large-sized one) without anything else needed.

So let’s put the AOC E2251FWU through its paces. First thing to do is attach the base — that just takes lining it up with the stand on the back that is already attached. Then you turn a set screw to lock the two together. But if you don’t want the added footprint of the base, you can just prop it up on the stand instead, adding to that “portability” factor I keep mentioning. 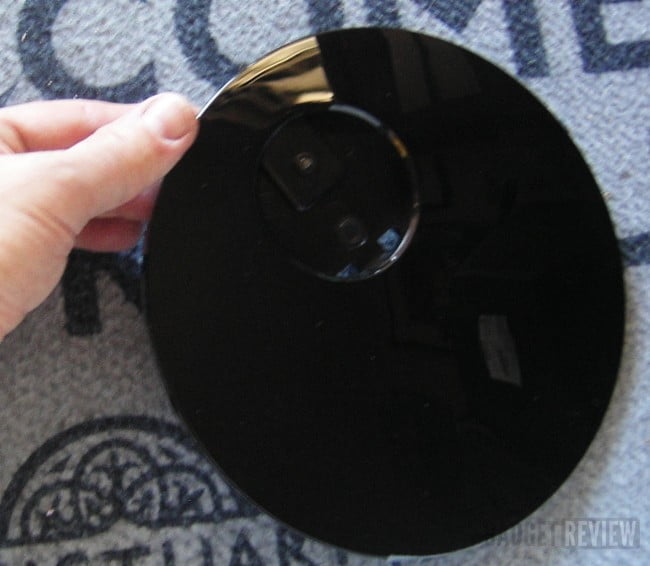 With that done, there’s only one more thing to do physically — insert one end of a USB cable into the USB port on the back of the AOC E2251FWU, and the other end into a USB socket on a computer. Uh — no, that’s not right. The AOC E2251FWU needs more power than a single USB socket can provide to illuminate that blue LED power light in the lower right-hand corner. I guess that’s why a USB cable with two USB plugs came with it. I do see there’s a port for using an optional power supply (making a single USB all that’s needed to transfer data from the computer), but that pretty much takes away the whole “portability” thing. 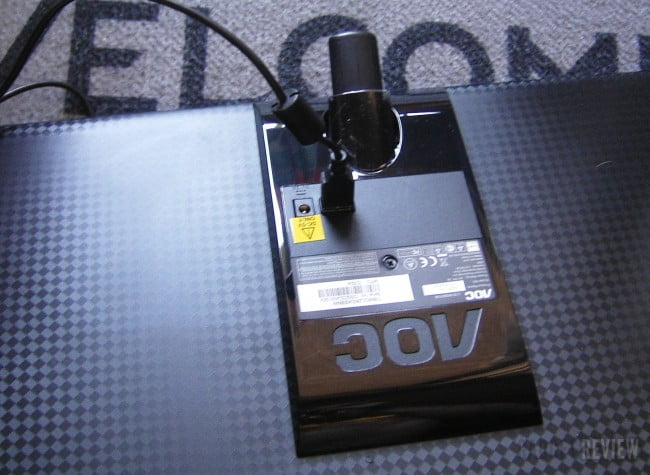 So with the proper USB cable attached, I’m done. Uh, no again. Because you do have to install a software driver into the operating system. There’s a disc with what is needed for using with a PC running windows. You install it, reboot the desktop/laptop and then control it from the display setting as you would any other monitor. And then use it as an extended desktop or in mirroring mode, much as you would with the AOC G2460PQU 24-inch LED monitor, if you so choose.

For Macs, you have to go to the company’s website and download a software package. It works with OSX Lion, and says there’s experimental support for Mountain Lion. Not being a developer who has access to the as yet unreleased OS, no big deal for me. 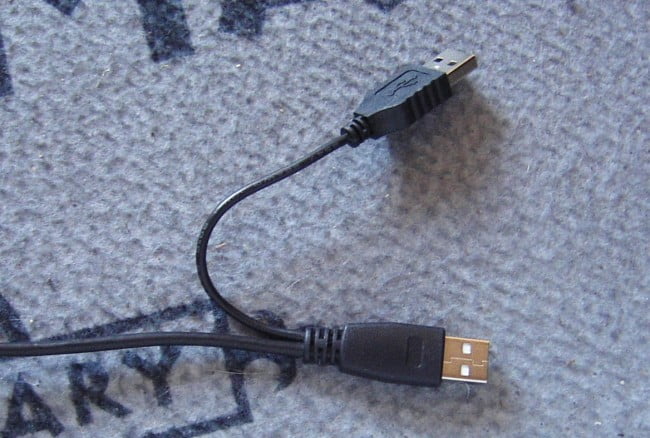 So I tried the AOC E2251FWU out on a PC laptop and my desktop Mac. The monitor worked fine and didn’t have any problems in displaying graphics, text, what have you. AOC says that on a Mac there’s problems with some applications using OpenGL acceleration and no support at all for 3D acceleration. If 3D acceleration is important to you, there are 3D monitors now if you are familiar with what a 3D monitor is. I did encounter some bugaboos trying to bring up a slideshow in iPhoto, but otherwise no problems, and I expect even these minor Mac-related issues to be addressed in the future.

Bottom line: As far as day-to-day operations are concerned, the AOC E2251FWU 22-inch Widescreen USB LED Monitor performs competently and efficiently. And as expected, the high-resolution screen (1920 x 1080p) makes for great viewing of video — especially when the source is HD as well.  Being able to have a second monitor — 22-inches — that’s actually portable is one thing. That it’s HD and retails for $179 is kind of insane. But in a good way.

And while the features are great for the lower price on this monitor, you won’t find that same price point on the Alienware 1900r. Our review has more details. 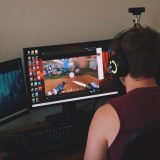 What is Nits Brightness, and Why is it Essential? 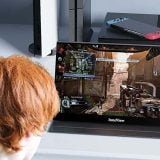 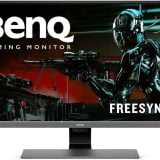 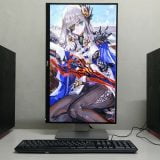 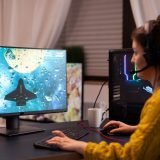 How to Set a Primary Monitor for Gaming 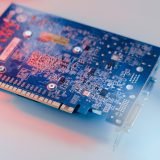