If you’re looking for the best monitor for watching movies or the best computer monitors in a low-key office setting, the ViewSonic 1080p Monitor wants your number. Due to getting two monitors for the price of one, it’s the ideal choice for quickly amassing a competent workstation. And its contrast ratio works in your favor for enjoying entertaining shows and movies. 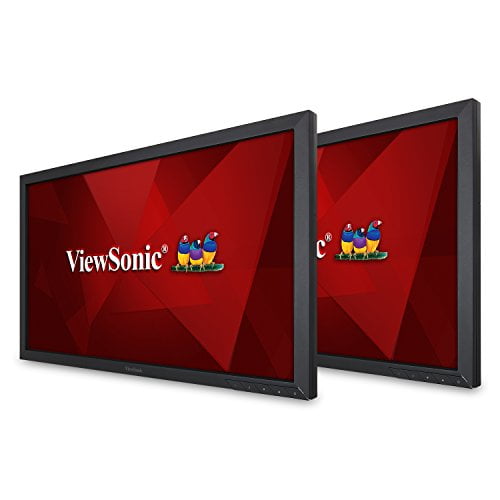 The ideal choice for a very tight budget, the ViewSonic 1080p Monitor comes with two monitors featuring a good contrast ratio—but more importantly, gets your office up and running as fast as possible.

What’s most notable with ViewSonic 1080p monitors is the contrast ratio. It’s three times more than average, coming out to a 3000:1 ratio. It comes in handy when you’re watching dimly lit cinema. Refresh rate is also above average, maxing out at 75Hz, though the 6.5ms response time is abysmal for gaming. Anything above 3 or 4ms isn’t ideal. Speaking of speed, you’ll like the 2ms response time on another ViewSonic monitor, which we discuss in our ViewSonic VX2252MH 22-inch 2ms 75hz 1080p gaming monitor review.

Related: For a faster response time, check out our Viewsonic Elite XG270 review.

Both monitors have 178-degree viewing angles. That means you won’t see a reduction in visual quality until you’re nearly aligned with the plane of the monitor. So yes, you can comfortably lean any which way and never have to worry about quality reduction. Just like you won’t have to worry with the HP EliteDisplay E27I 27-inch 1080p display.

Since these are bargain-bin monitors, the plastic material used looks a little cheaper than what you’d see on a Dell Computer Ultrasharp U2415. It’s practically a whole step down in terms of quality, but still, hard plastic so it will do just fine. However, neither monitor comes with a stand, meaning VESA mounting or purchase stands separately.

Cheap casing or not, the ViewSonic monitors still deliver in quality. In fact, you’ll discover more about this brand with our ViewSonic XG3220 review. Don’t knock it until you try it.

Speaking of lacking features, ViewSonic 1080p LED Monitors have no HDMI ports whatsoever. A single monitor has one DisplayPort, audio jack, and legacy ports DVI-D and VGA. You get twice as many since there’s two monitors.

Related: If you like monitors with HDMI ports, take a look at our Sceptre E255B 1658A review.

Who is the ViewSonic 1080p Monitor for, exactly? Multitaskers, office spaces, and entertainment. Gaming is far better handled by the BenQ EL2870U, but if you’re working on one monitor you can always bring up Netflix on the other. The Dell Ultrasharp U2415 is a better choice, but with the ViewSonic VA2452SM_H2 you’re getting two monitors for the price of one!

For those who have no interest in gimmicks and just need office monitors, the ViewSonic 1080p Monitor offers a great 2-for-1 deal. As long as you have DisplayPort, DVI-D, or VGA, you can make that bet. Despite being cheap, it has surprisingly good contrast ratio. And since they’re affordable, grabbing a pair of stands isn’t out of the question. 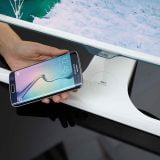 Samsung Monitor Comes with Wireless Charging for Your Phone 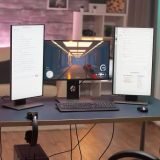 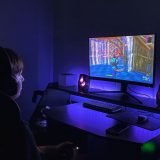 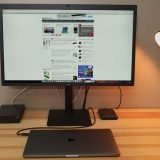 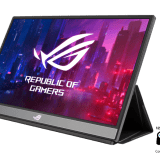 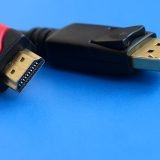