Is Asurion Worth It?

Asurion is a privately held company that offers a series of extended warranties and one of best cell phone insurance plan providers directed at smartphone owners.

Is Asurion Worth It?

This depends on the consumer and their smartphone, though the plans offered by Asurion are generally considered to be competitive within the industry, competing against big brands such as AppleCare. But from a consumer perspective, is AppleCare worth it? For that matter, is Google Preferred Care or Sprint Insurance worth it?

Generally speaking, your monthly fee will range from $9 to $14.

Asurion plans are generally purchased via a consumer’s phone wireless carrier, such as Verizon, Sprint, and AT&T. The pricing on these plans will vary depending on your mobile carrier and the make and model of your smartphone. Generally speaking, your monthly fee will range from $9 to $14. For that monthly cost, Asurion-based insurance plans will offer you the following benefits.

Every year, 19 million phones are lost or stolen. Insurance plans offered by Asurion will replace a smartphone that has been lost or stolen. The replacement procedure is fairly simple, with most steps being conducted on the company’s robust web portal. Consumers should be aware, however, that there is a fee to replace a lost or stolen phone, which is typically around $200. This cost is in addition to the monthly price of the plan itself. Similar conditions apply to other providers, such as the Geek Squad from Best Buy, but is geek squad insurance worth it?

Insurance plans offered by Asurion will replace a smartphone that has been lost or stolen.

One of the key benefits of choosing Asurion as your smartphone insurance provider is the fact that they cover repair costs related to accidental damage. This includes screen replacement, as cracked displays are an extremely common issue. These repairs also extend to water damage, problems related to normal wear and tear, and mechanical failures that have arisen after the manufacturer’s warranty has expired. There is a small fee when it comes to certain procedures, as a screen replacement will cost $29, but some repairs are completely free.

Another important feature to consider when it comes to Asurion insurance is the fact that their plans extend to cover a smartphone’s accessories. This includes the battery, the charger, and even the earbuds. Generally speaking, anything that shipped with the smartphone upon the initial purchase will be covered under the insurance plan. Asurion will handle repairs of these accessories, but more likely, they will issue a replacement item. Accessory replacements typically do not accrue any additional fees besides the cost of your monthly insurance plan.

Consumers should be aware that there is a fee to replace a lost or stolen phone, which is typically around $200.

Do I need an extended warranty?

Manufacturers’ warranties typically have short lifespans of around 90 days. An extended warranty, however, can last anywhere from one to five years. This may be of value to certain consumers.

How easy is it to get ahold of customer service at Asurion?

Asurion’s web portal offers many options for contacting the customer service department, including phone numbers, live chat, and email support. As is the case with most modern companies, you may experience hold time while reaching out with a phone.

Is Asurion a scam or a legit company?

Asurion is a legitimate and accredited insurance provider that specializes in offering smartphone insurance via a mobile network carrier. The company is well-regarded, though consumer experience may vary. 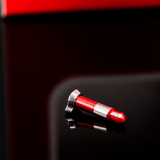 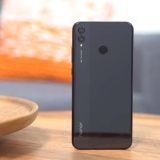 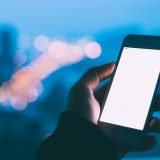 How to Repair a Mobile Phone 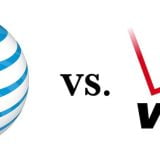 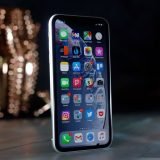 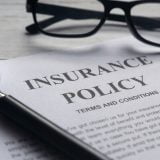 How Do I Know if I Have Insurance On My Phone With AT&T?