Enter on a beautiful sunny day in in California. The would be camera pans down over a dealership and follows a customer inside. The customer walks in and inquires about the Chevy Bolt EV. The salespersons replies back with “Chevy Volt?” in affirmation. This, for the most part, sums up my experience when talking to people about the Chevy Bolt, save for those that joined me on a trip a few weeks ago to Palo Alto, California to drive Chevy’s first long range all electric car. That all being said, I’m happy to report that the moniker is perhaps the biggest crux of this all electric car. So keep reading this review to learn everything you need to know when buying this 100%, no gasoline car and what makes it the best car in the market.

Summary: The first long range all electric car that won’t destroy your bank.

What You Should Know About the Chevy Bolt

Range is just over 200 miles. You’ll get more with a mindful foot, though the car does a remarkable job of managing energy consumption through gauges (plus you can hand brake with a paddle behind the steering wheel). Fear not about outside temperature issues, at least to a large degree, as Chevy has leveraged the power of liquid cooling to manage the battery cell’s temperature and in turn provide an optimal atmosphere. Range anxiety will kick in when there is around the 20-30 miles left in the “tank”. And the reason I state that is because I believe the Bolt’s computer does an admirable job of predicting range. Which is to say at no time in my day of driving did I see the range bounce around, though it wasn’t often that I was flooring it.

It seats 5, though I’d imagine it could be a squeeze with 5 adults. But 4 of us went to SFO in it with no problems. I sat in the back behind the driver who is probably 5′ 10″ and I had no problems with head or leg room. That said, the trunk is smaller. In fact, the entire capacity of the Bolt (94.4 cubitc feet – 16.9 in the trunk) is evidently smaller than a Prius.

Update: as one commenter pointed out, the total capacity of the Bolt is actually listed as higher than that of the Prius (94.4 vs 93.7 respectively). However, anecdotally I still stand by my testament; the 2015 Prius volume feels bigger than the Bolt. That said, the Prius does have a larger trunk (21.6 cubic feet) which might explain why it feels larger. And to that end, perhaps Toyota got creative in other areas that I’m not cognizant of.

I know the latter isn’t an electric car, but many will be looking at that when considering the Bolt. I would have liked to see more space in the trunk as I believe it was just beyond unusable for long road trips, provided of course you have more than 2 people in the car. Chevy heavily pushed this as a family car to us, but the reality is that with strollers and such it really isn’t practical. Sorry Chevy.

The battery pack is the base of the car and as a result gives a fairly open feeling at least in the front of the vehicle. Things get pretty conventional in the back seat in terms of space, which I already touched on. But the reason I mention that is that the i3, which we reviewed a few years ago and did this zany video, feels entirely different than most if not all cars.

I was super impressed with the driving dynamics with the Chevy Bolt. Too many cars feel unstable at high speed. Not so with the Bolt. Both at highway and surface road speeds the Bolt has an uncanny amount of zippiness to it and stability. Lane changes at 65-70 mph feel controlled and planted. Moreover, it takes little to manage this car and keep it in the lane. I know that might sound like a “totally obivy” thing, but if you drive enough cars you learn quickly what is and isn’t stable. And believe me, it’s not always price reflective, as BMW’s 7 series, their most recent one, in my experience, is not this, at least on highways.

Because the battery pack is in the floor of the car, the Bolt’s center of gravity, like Tesla, is super low. This adds to its stability. There is of course a limit here, but given the car’s class, I didn’t feel as though I ever came close to it.

If I took anything away from the Bolt, is that it its ride comfort is a touch on the tighter, or less springy side. In short this equates to the aforementioned stability but also makes the car less comfortable than some “competitors” in the space, such as the Prius.

Pick up? In the words of many lovely Italian archetypes: forget about it! The Bolt has some kick, unlike the Spark EV. You’ll get to 60mph in just under 6.5 seconds. So in other words 6.499999, because “the under” is a Chevy quote. For posterity’s sake that’s all thanks to the equivalent of 200hp and 266 lb-ft of torque.

The Special Rear View Mirror and Other Tech

The rear view in this car is special. How? With the flip of a switch it converts to a display that uses the rear view camera to display what’s behind you. Why is this cool? Because it effectively skips anything in the back seat that is blocking your view. In actual use I didn’t like driving with it on. However, I could see it being very useful with a full car load.

Just plug it in. Duh. But seriously. You’ll get 4 miles back for every hour you charge on your home’s normal outlet, a 110 volt. Upgrade things, as in install a home charge, and that time drops. Total time for a full charge on a 240 is 9 hours, so you can pretty much double that number to figure out what a regular, conventional outlet will provide. A DC fast charger – you’ll need to add this option to the car when you buy it (it’s costs $750 – two extra holes at the top of port) – scores you 80% in 1 hour or 100% in 2 hours. Yes, like your phone’s battery, the last 20% takes much longer since the charge slows to more of a trickle to prevent damage to the battery. That all being said, the home charger, for $699, and can be rolled into the car’s purchase price allowing you to finance it. This doesn’t include installation cost but there should be plenty of info here.

Cost to Own The Chevy Bolt

Some of you are probably wondering what’s the up keep and maintenance on the Chevy Bolt. Well, the first thing you should recognize is that you’ll have to go to a dealer to get all your work done – general mechanics just don’t have the tools.  The great news is that visits should be super few and far between for regular maintenance.  According to GM your first visit, on the official level, will be at 100,000 miles (still looking into the cost here). Say what?!?! I know. Hard to believe. But since there is no oil to change…you’ll of course need a tire rotation at 7,500 miles, but you should be able to get that done any where.

That said, the tires on the Bolt are special; they’re Michelin self seal tires that can stay spinning provided the whole is no larger than 3/16th – the hole seals itself. They’re also low rolling resistance. Tirerack has them for $149 a pop, and they’re officially called the Michelin Energy Saver A/S 215/50R17 all-season.

Save for the styling – I’m just not into car’s like this but that’s a personal takeaway – and the lack of trunk space. The Chevy Bolt is the first all electric car that actually makes sense to me. The BMW i3 while cool just doesn’t have the range to warrant it as an everyday car. The Bolt can replace your everyday driver and more importantly be your only car given its range and driving dynamics. Acclimation to charging will surely have to come, but with time, and the proliferation of charging stations this burden will lessen.

Price of the Bolt starts at $37k for the LT. You can add stuff here and there or just jump to the Premier, which costs $44k all in. And that’s before any tax incentives. In California I believe you can still get back $10k total ($2500 from the state and $7500 from the Fed), so your cap cost is significantly reduced. That said, don’t wait too long, as the rebates and tax incentives will eventually dry up, at least on the federal side as it’s capped on the manufacturer level. With price in mind, I preferred the cloth interior over the leather, but the leather might add more long term value, especially if you have sticky fingered kids. 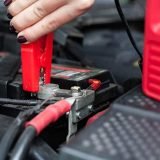 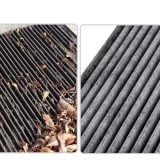 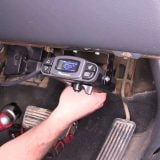 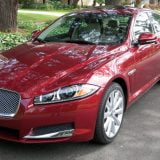 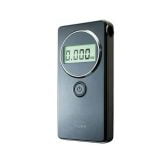