It’s good news that iOS 9 will include a much-awaited feature that was lost when Apple did away with their Google Maps partnership: transit maps, which allow users to find directions and information for public transportation in select cities. The bad news is that it will be a while before the transit maps feature smaller cities and towns. At launch, Apple will only feature a select number of cities in transit maps.

So, if you live in one of the big U.S. cities, you’ll be able to access bus lines, train lines, subways, and much more from your Maps app on your iPhone or iPad. Otherwise, you’ll have to wait a bit longer for the new app upgrade.

According to Engadget, transit maps will reportedly also offer a host of additional UI tweaks when it’s released, in addition to those bus, train and subway routes. That includes larger icons, a trip-planning feature and “transit view” — an alternative to the existing Standard, Hybrid, and Satellite/Flyover shots. 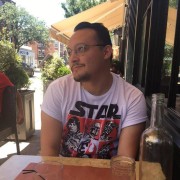