After you’ve had a taste for SSDs, and you’re in the market for the best SSD, then the Crucial MX500 2TB is a hard product to pass on. Featuring a small form factor, typical of SSDs, large storage capacity, and fast read and write performance that stands well against others in its bracket, this is the SSD you want if you’re ready to ditch hard drives for good. You won’t even look back. You might also be interested PogoPlug NAS adapter (converts any hard drive to a NAS, works with a USB hub).

The Crucial MX500 2TB manages to provide superb performance on a high capacity SSD, without killing your wallet. It’s the perfect option for anyone looking to ditch hard drives for good, considering its size and build quality.

Compared to the Samsung 860 EVO 1TB, the Crucial MX500 2TB only falls behind the EVO 860 by a small amount in terms of write speeds—the EVO 860 clocking in at sequential write speeds of 520MB/s, and the MX500 being 510MB/s. However, the MX500 makes up for it by having a much more consistent sequential read speed of 560MB/s; the EVO 860 sometimes hits 560, but is much more at home at 550MB/s. It even does really well with random read and random write, being at 95,000 and 90,000, respectively. That’s still leagues better than most hard drives on the market today.

“While the Crucial MX500 2TB doesn’t stray away from the typical 2.5-inch form factor and design of most SSDs, like the Silicon Power A55, it does stray away from a matte black finish. Instead, it goes for a very pleasing silver color. There’s not one, but two sets of threaded holes to accommodate different mounting options.

On one end is the SATA III 6GB/s port. Inside the SSD is Micron 3D NAND technology, utilizing a Silicon Motion SM2258 controller, which is also what the ADATA SU800 uses as well.

There’s no denying the excellent per GB value you get out of the Crucial MX500 2TB, even when compared with the EVO 860. The two are so close in performance you could go with either one, though the Crucial MX500 2TB has the better pricing. It doesn’t hurt to have free software as well.

However, let’s review Kingston, an equally popular brand, and target an SSD around the same size, specifically the Kingston A400. Its read and write speeds are 500MB/s and 450MB/s, respectively. You get a much better idea on how well the MX500 performs.”

What this SSD review ultimately revealed is that Crucial MX500 2TB is a shoe-in for one of the best SSDs for its price. With its excellent performance, quality, and huge storage capacity, you’re going to have plenty of space for video games, and still have your operating system in one place. It does have a slightly slower write speed, but not enough to make a huge difference. 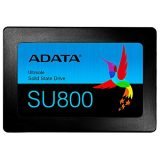 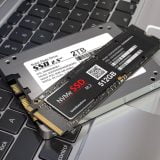 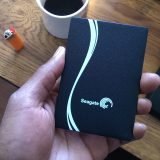 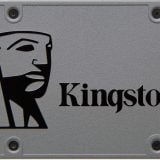 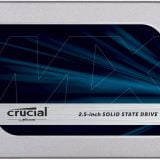 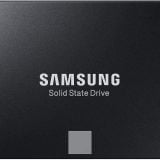