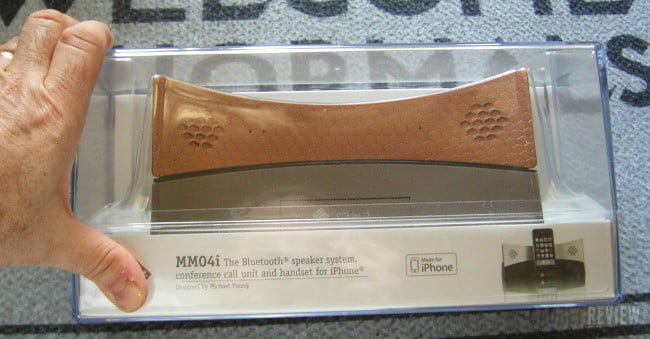 Lots of folks have home offices these days — and a problem that they hadn’t anticipated. Which is the fact that these same folks have eschewed landlines for their cell phones. Now we won’t even go into whether the reception is good or not — anyone who’s not getting good reception should either keep their landline for home use or get a cell antenna booster — but there’s no denying that using the handset of a conventional phone is less jarring on the side of the head than a cell phone is. Not to mention all the other bugaboos that a cell phone requires, such as losing battery power while in use and distracting SMS messages and apps beckoning while taking the call. Speaking of distracting, you get none of that from the best speakers. Just plain enjoyment. Check it out!

So what is needed is a speakerphone-like arrangement that the cell phone can connect to and use. Since we’re in the “wishing” mode, let’s make that speakerphone operate like a handset, a music player, and an iPhone dock all at the same time. And finally, let’s have it look “Apple” good, even though it’s not made by the folks from Cupertino.

So I clicked my heels three times and said “Native Union.” Now don’t worry that I’ve been cooped up alone in my home office too long — that’s part of the name of the MM041 Bluetooth Wireless Handset+Base from Native Union — or let’s call it the Honey Comb BT Dock for simplicity. Guess what? It does all the things on the wish list. And damn it looks good too. Showing it to my wife in the box made her wonder if it was made by Apple — and surprised to see that it wasn’t. Although, if you want a speaker dock for an Android phone, you’ll want to check out our Philips AS111 Android dock review.

Rather than describe the Honey Comb BT Dock, I’ll just set it up on my desk because that’s where it’s going to live from now on. I plug in the power brick to the back of the base unit and place the handset on top in the ingrained slotted tab. While the handset, which has the speakers and microphones, charges up, I’ll do a few other things. One will be to run a USB cable from the base’s back to my Mac so that iTunes can “see” it. More on why to do that in a bit.

Flash forward three hours later because I’m a stickler for letting things charge up — I press the big button on the handset until a blue LED on top flashes. Now I take my iPhone — though it could be any smartphone — and bring up the Bluetooth menu. There’s the dock listed — so I tap it to pair the two together. End of that.

Similar to the G-Project G-Drop speaker, the Honey Comb will work with my iPhone and Bluetooth takes care of keeping wires out of the picture. But rather than just placing the iPhone against the front or to the side of the Honey Comb BT Dock, I’ll press against the bottom front on the base to eject the iOS dock. So I can put my iPhone in there to not only keep it charged, but also connected to the Mac. I see that a hard case might be a tough fit, but there’s also an insert that I guess works with iPods that are skinner.

So I now have a duplex speakerphone and handset working in my home office. I’ll run through the apps by having my wife call me from the other room. Here comes a call — I’ll press the button on the handset but leave it in place and now I’ve got a speakerphone working (and there are even volume controls at the top of the base to modify the sound output). Sounds good too, and hands-free is pretty nifty, especially if I’m trying to do something on the computer while taking the call — like making notes during an interview, for example.

I press the button to hang up and wait for another call. This time I pick up the handset and use it like a conventional cordless phone. Cool huh? 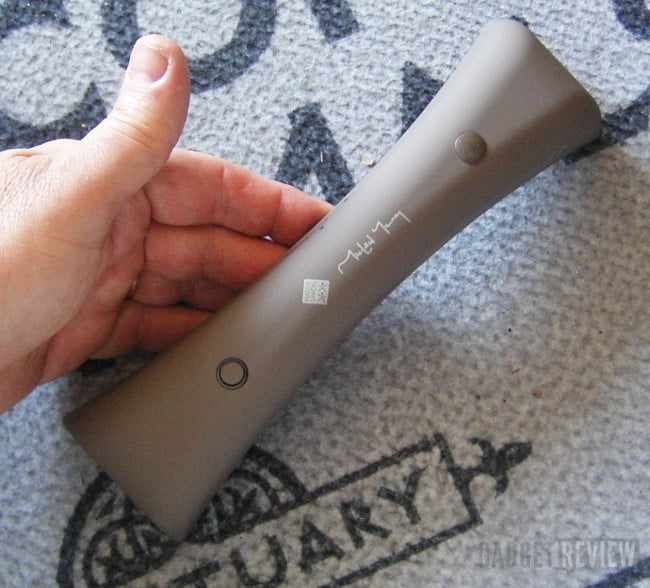 And since there’s stereo speakers in the handset, that means when you’re streaming music to it, it should sound good — and switch to audio playback mode automatically. No surprise that it does — looks like the class act extends to the speakers, not just the design and build. And since you can run the speakers alone without the mics working, you could use the iPhone in the normal way and let others hear the conversation through the speakers. 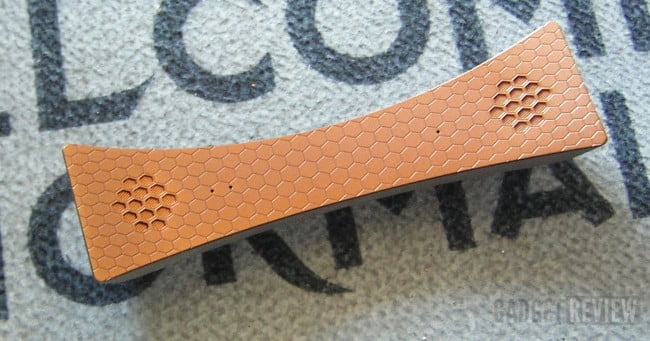 I should mention a few things. Colored LEDs give you a visual indication of what is happening so it’s not a “guessing game” what mode you’re in (sounds are working for this too). And if you’ve got a Blackberry or Android phone, you’ll just keep that dock door closed. And should you prefer to have the sound wired to it instead of being streamed, there’s a line input on the back to use.

Bottom line: You want the Honey Comb BT Dock if you want the convenience and simplicity of a landline speakerphone coupled with wireless Bluetooth high-tech. And that goes double if you want something you can look at without gawking all 20th Century. 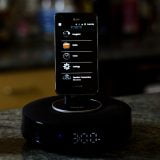 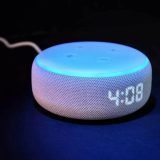 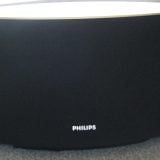 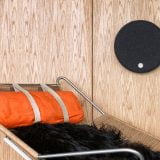 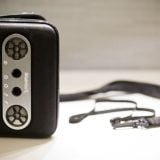 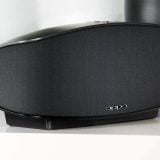