Read on to learn more about these differences, including sound quality, compatibility, range, and ease of use. If you aren’t sure if you want to go wireless, check out our comparison of wireless gaming headsets vs wired counterparts.

A wireless headset traditionally uses a frequency band of 2.4 GHz that works at longer distances. Conversely, Bluetooth headphones feature a lower movement range and a lower frequency overall. That said, Bluetooth headsets are easier to use.

Wireless gaming headsets have greater connection ranges, allowing you to move freely throughout your house.

So, decide what features you prefer for your gaming experience. Also consider the difference between a true 7.1 vs a virtual 7.1 headset, since these terms are frequently used in product descriptions.

Bluetooth headphones have microphones included, but this feature actually draws some bandwidth from your sound quality. In addition, because Bluetooth uses two separate modes for talking and listening, the option when you speak lowers the quality and fidelity of the headset to about one-fifth the normal frequency. Bluetooth also suffers from latency issues, which could mean the difference between life and death in many games.

Wireless headsets with a USB dongle transmitter allow you to communicate without significantly reducing the audio quality. As a result, you experience consistent audio at the highest frequency possible for your headset. Additionally, wireless gaming headsets do not suffer latency problems or compress the sound like a Bluetooth product does when transmitting signals.

You can use both a wireless gaming headset using a USB dongle and a radiofrequency wireless connection with laptops, computers, and consoles. The USB dongle transmitter uses a USB-A port to direct the audio from the game into your headset through a radiofrequency connection on the dongle. Because of this universal connector, you can listen to your audio from most devices.

On the other hand, Bluetooth headsets can only connect to compatible devices, such as newer laptops, smartphones, and computers. You may struggle to connect through Bluetooth for the last generation of consoles, such as the PlayStation 4 and the XBOX 360. This is because the 360 only connects through USB dongles, and the PS4 does not connect to all Bluetooth headphones. Fortunately, the new generation of consoles pairs with Bluetooth.

If you want to use your new wireless headphones with multiple devices, choose a Bluetooth headset. These products pair with your device using wireless technology. Once you have completed the pairing process, you can connect anytime you want as long as you are within the Bluetooth range. Unfortunately, this range is more limited than an RF wireless headset.

Wireless RF headsets provide an option for users who want a pair of headphones with a gaming-centric design. Many come with a USB dongle that plugs into your output gadget’s USB-A port, which acts as a transmitter and receiver. Your headset picks up the transmitted audio and plays it back in your ears. When you speak into the microphone, your headphones transmit this data to the dongle. The frequency on which they send the information allows for a wide range connections to audio signals using radio waves and better sound quality.

Using Bluetooth headsets can lower the audio quality from your communications or game, so opt for a wireless gaming headset instead.

What are Wireless TV headphones?

Wireless TV headphones connect to your television using a base that transmits signals to your headset. These differ from gaming wireless headphones because you cannot use them for microphones, and they are not design-specific to gaming.

RF headsets are considered safe because they use small amounts of these frequencies. However, a large amount of RF might have harmful effects.

Are Bluetooth headphones good for gaming?

Most experts do not recommend Bluetooth headsets for gaming. Instead, they recommend wireless gaming headsets that use RF instead. You may also find a pair of wired headphones you like that plug directly into headphone jacks.

STAT: The major benefit of Bluetooth is that Bluetooth devices all work together, with no dongle. (source) 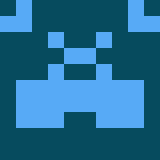 How to Get a Headset to Work on Xbox