For those with a variety of flooring, carpet and or hard floors, the Oreck Magnesium makes a fair argument for the best bagged vacuum. Its SlimSwivel feature provides an easy way of controlling the vacuum. And its 5-layer HEPA filtration traps tiny particles, leaving behind fresher air than ever before. 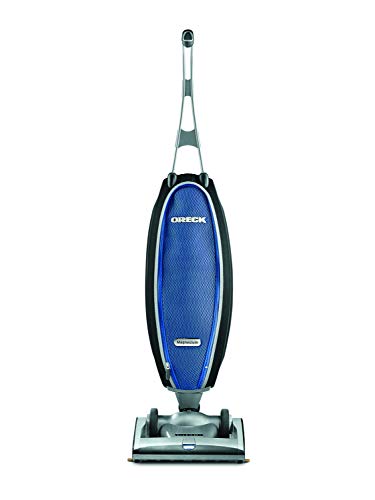 Easy to control with its SlimSwivel design, the Oreck Magnesium is a straightforward vacuum capable of cleaning multiple surfaces, from carpet to hard flooring. It definitely made our list of the best vacuum cleaners.

When it comes to vacuuming bare floors and whatnot, the Oreck Magnesium has a wide enough cleaning head to clean an average living room in a few minutes. The Rug Doctor Mighty Pro X3 has a wide cleaning head, as well, but it’s mostly a carpet washer and not a vacuumer. The Oreck has a SlimSwivel design, allowing you to flick your wrist just a bit to turn the head of the vacuum. Its 5-layer HEPA filter system is also amazing at grabbing 99.97% of particulates as small as 0.3 microns. If you don’t need 5-layer filtration, the Prolux vacuum review does have a 3-layer filtration system and a washable filter which is better than constantly replacing it with a new one.

Despite using bags, the containers themselves are quite large. You can pack the vacuum bags full of 2 gallons of dirt and debris, nearly twice as much as the Miele Complete C3 Marin. It also reduces the time spent maintaining the vacuum, considering the dirt is captured in a bag rather than inside a reusable canister. But, canister vacuums tend to be less expensive in the long run, as you’ll find out in our Hoover SmartWash advanced pet upright carpet cleaner review.

You can get a feel of how cheap the Oreck Magnesium is by comparing its dimensions to its weight. It’s nearly the same dimension as any typical standing vacuum and yet it only weighs 8 lbs. It’s largely built out of plastic, making some smaller parts break easily. It’s more like an update to the ancient-looking Oreck Commercial Upright XL2100.

We aren’t going to knock the Oreck Magnesium for its performance; in that regard, it’s worth the asking price. However, it’s lacking attachments. All you get is the vacuum itself. You won’t be vacuuming upholstery or sucking up cobwebs. To be fair, that can be handled by a duster or, better yet, the Kenmore Upright Vacuums.

The 5-stage HEPA inner bag is too good to pass on. Yes, it involves vacuum bags, but we’d argue it’s better at keeping particulates trapped inside, rather than ejected from a vent. The Oreck Magnesium’s SlimSwivel head means even elderly individuals won’t have problems operating the machine. And It can benefit you further by cleaning carpets and hard flooring. 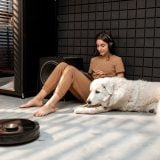 Are Pet Vacuums Worth It? 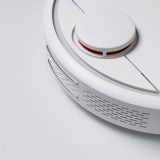 How to Clean a Robot Vacuum 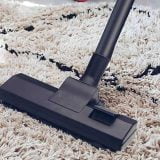 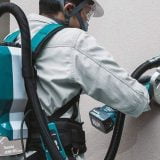 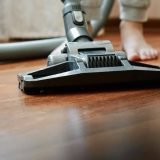 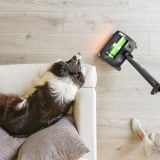