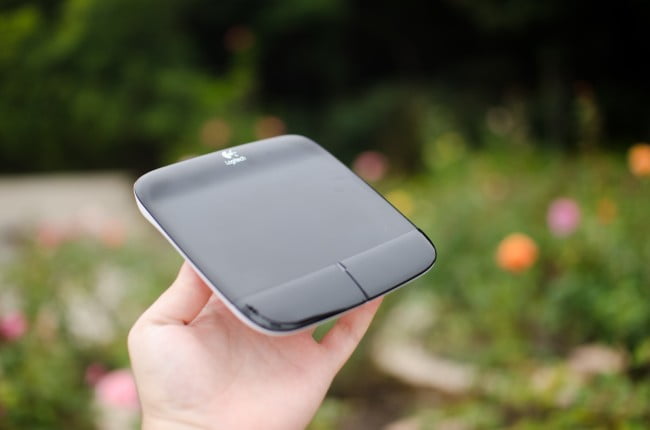 Before reviewing the MacBook Air, I hated trackpads. It’s just a technology that I feel never really cemented itself with us, as human beings, because it requires touch, and every touch is different. A very dry finger glides well, but a moist one may not. Mushy fingertips don’t work particularly well, and stubby ones don’t always read on the surface. Touch interfaces are quickly becoming the preferred method of digital communication through smartphones and tablets, but the trackpad remains mostly unchanged. They come in many shapes and sizes and textures, with nearly all the same highlights and limitations. Frankly, I’m far more partial to what IBM dubbed Trackpoint. Check out our best computer accessories reviews to see how it ranks among similar products.

That said, it’s hard to use a laptop these days without using a trackpad, so like everyone I adjusted. There are good and bad trackpads, and frankly too many reasons not to use them. Logitech’s Wireless Touchpad is, with exception to Apple products, the first trackpad I actually enjoy using.

Like Apple’s own Magic Trackpad, the Touchpad is a wireless trackpad built specifically with touch-features in mind. That means two-finger scrolling, three- and four-finger gestures, and the simplicity of a long-lasting wireless user interface device. In this respect Logitech has hit the metaphorical nail on the head. The Wireless Touchpad is large and comfortable to use, all of its features and functions work exactly as expected. The Touchpad is a good, solid product, through and through.

That being said, Windows 7 isn’t suited for good trackpad use. OS X is. The difference between them is monumental. There is no smooth scrolling, few gestures, and minimal support for multitouch devices. This, coming from a company who three years ago revealed the Surface touch-only table computer. Yet there are still around ten touch gestures for the OS. It’s disheartening, to say the least. 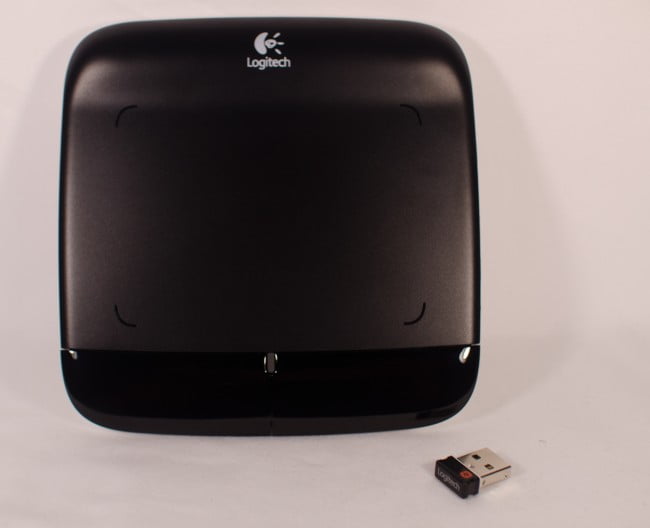 Which is why it’s surprising Logitech has made the Touchpad for Windows 7 only. $20 cheaper than Apple’s Magic Trackpad, the Wireless Touchpad could easily compete on OS X based solely on features, let alone price. Even without Bluetooth compliance, lord knows how many Mac users have available USB slots that they are willing to spare, and it’s not hard to imagine a Bluetooth version selling for $5-$10 more. Limiting the Wireless Touchpad to Windows 7, and undoubtedly Windows 8 when it releases, is a significant limitation.

Related: You may also be intrigued by the wireless Logitech MX Keys which comes equipped with an inbuilt proximity sensor and backlight illumination.

Logitech’s use of the USB radio – part of their “Unifying receiver” dongle, which works with about two dozen Logitech keyboards and mice – will simplify your current or future wireless Logitech products by sending data through a single dongle, though I myself am still stuck with the G700 and G930 on separate dongles because gaming hardware requires more bandwidth and faster rates. Still, the dongle is tiny and is more than adequate for any desktop or laptop.

The only real problem I’ve faced with the Wireless Touchpad has been the area of the touch-sensitive surface. The 5″ area is large, but the edges aren’t pronounced and impossible to feel. Especially when using multi-touch gestures, it’s far too easy to have one finger out of bounds and accidentally do a three-finger ‘back’ command instead of a four-finger ‘screen left’ command. It’s an easy fix as we’ve seen on plenty of laptops: make the physical area for the actual trackpad lower than the rest of the surface. That way, users have a tactile feeling for the edges.

Logitech’s Wireless Touchpad is a fine piece of hardware. The trackpad is sensitive and accurate, the two mouse buttons large and tactile, though the pad itself is easy to slip out of. The Touchpad is comfortable at a distance or up close, and especially from the couch where plenty are expected to use it. Windows, however, has little love for touch-sensitive devices and frankly that severely limits what you can do with the Touchpad. It is the new de-facto mouse when not at a table or flat surface, but besides that, a mouse is a mouse is a mouse. I like it and recommend it, but it’s not magic.

You can buy the Logitech Wireless Touchpad from Amazon for $50. 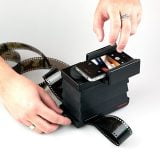 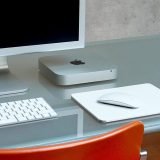 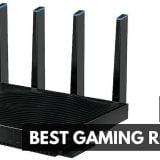 Best Router for Gaming in 2023 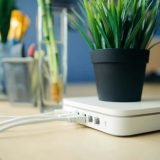 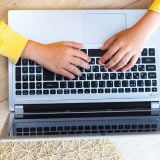 Keyboard on Mac Not Working 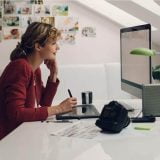