There are dozens of storage solutions available that have macOS users taking the extra step to reformat before taking advantage of it. With the G-Technology G-Drives, that isn’t an issue anymore. With its plug-and-play nature, it’s one of the best external hard drives for macOS users, with reliable speeds to boot. 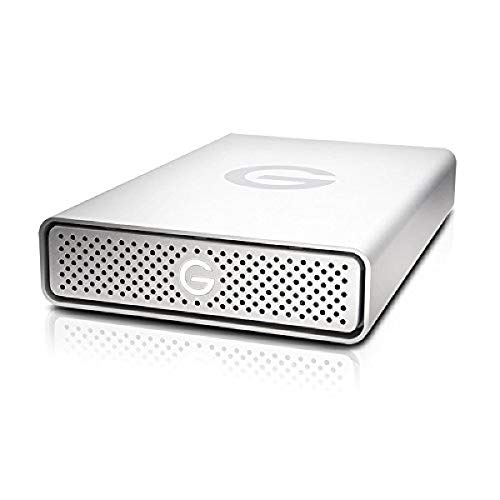 A beefy 6TB external hard drive with plug-and-play on macOS, with the added benefit of being compatible with macOS’ Time Machine software and Windows PC.

With speed tests, G Technology G Drives have read and write speeds of about 245MB/s, thanks to the USB 3.0 port’s 2.0 backwards compatibility. Through its 3.0 USB port, you’ll be able to achieve 5Gb/s. Disk speeds are around 7200RPM. All things considered, its transfer speed and disk speeds are average. Nearly half if you compare it to the 480MB/s the Western Digital Elements External Hard Drive has. But what the G Technology G Drive Mobile USB 3.0 has, above all else, is reliability. That’s still nearly twice the speed of a Toshiba Canvio Basics, which maxes out at 150MB/s. You can also look at the Fantom drives review for an option with transfer speeds of up to 1050MB/s.

Another sign that the G-Technology G-Drive was marketed towards macOS users is its overall design. Its coloring, for example, comes in only white—that silvery white that you often see with Macbook Pros and Mac desktops. It even has a vent that matches the aesthetics seen on the latest Mac desktops. It isn’t all show though. The silvery white exterior is actually a strong, durable aluminum case. Not only will it hold 6TB of storage, but it’ll protect our data with its tough outer shell. Other models such as the G-Drive Mobile USB C Drive include a USB C port. To get an SSD hard drive that is drop, dust, and water resistant, check out  The Lacie rugged review.

Is the G-Technology G-Drive worth the investment? When compared with a Seagate: no. The Seagate STGY80000 has a 10TB option for $10 less. The trade-off is slightly slower transfer speeds and macOS users will have to reformat. What the G-Technology G-Drive offers is simplicity for Mac. You skip reformatting on a macOS. Furthermore, it’s compatible with macOS backup software, Time Machine. Is that worth overpaying by $50? It depends entirely on your needs and expertise.

There’s no question about it: the G-Technology G-Drive was built for both Windows and macOS, but heavily favors Mac through its plug-and-play nature with Mac and compatibility with Time Machine. For Windows users, reformatting is necessary before use. Still 6TB of storage with 245MB/s transfer rate is a solid deal.

What is an External Hard Drive?