To find the best motherboards available for your PC, we took the time to research the factors that make each unit shine, including their CPU compatibility, maximum supported memory, internal connections, and overall form-factor. Depending on whether you are selecting an AMD or Intel CPU, you will need to make sure that the board you choose will support it, but either way, we have an option for you. No matter what accessories or internal components you need connecting, we’ll explain which motherboards are best likely to suit your needs.

In our research, we found the best motherboard to be ASUS’ ROG Strix B450-F; this gaming motherboard is built with power in mind, supporting AMD’s Ryzen CPUs. The board itself can support up to 64GB of memory (RAM) for intensive multi-tasking, gaming, or production workflows. As a bonus, this ATX size motherboard offers ASUS’ Aura Sync RGB lighting, so you can synchronize your board’s light effects using the included software. Keep reading to find the best motherboard for your needs.

WHY WE LIKE IT: The ROG Strix B450-F delivers the power of an exceptional motherboard, able to handle an AMD’s latest Ryzen CPU with up to 64GB of RAM, and includes distinctive styling with Aura Sync RGB lighting.

If you’re seeking out the best motherboard, look no further than the ASUS ROG Strix B450-F. Designed to work with AMD’s B450 chipset, the board supports the latest hyper-fast AMD Ryzen CPUs for intensive gaming and challenging workloads. Need extra memory to get the job done faster? The Strix B450-F includes four RAM slots, capable of supporting up to 64GB of DDR4-3200 MHz memory. ASUS also consists of a good internal port selection with dual M.2 slots for high-speed SSDs and a plethora of PCIe expansion slots.

We particularly love the styling on this ASUS ROG motherboard, as any gamer knows, it isn’t a real gaming motherboard unless it lights up with style. To get you in the spotlight, Aura Sync RGB technology is built into the board, allowing you to synchronize lighting effects from your PC. We would have loved to see an Intel option for this board, but it seems that AMD fans win out this time. The ASUS ROG stands as the best AMD motherboard on our list. If you are into VR, read about the best computer for vr and get in the game.

#2  MSI B450 Gaming Plus Max Motherboard

WHY WE LIKE IT: MSI provides a solid motherboard with AMD Ryzen 3000 support, while adding on valuable upgrades, including high-quality audio components for better sound and reinforced connectors for reliability.

MSI’s B450 Gaming Plus Max motherboard is aimed squarely at the hearts of intense gamers, but in doing so, the company has created a product that is exceptional for all users. Supporting AMD Ryzen CPUs and up to 64GB of RAM, the B450 can push out the power when needed. We especially like that MSI has paid attention to its audio circuitry, isolating the amplifier and high-quality audio capacitors from the rest of the board. The result of this design is high-quality audio that is usually only heard via similar external setups.

We also appreciate MSI’s attention to detail and reliability, as they have chosen to secure the internal PCI Express slots with extra solder to help support the weight of more massive graphics cards over time. MSI has also added all the tidbits you would expect, including a CPU efficient power system to improve CPU efficiency and turbo M.2 slots for SSDs. Multiple users noted that RAM could be a bit difficult to install on the board, but once running, everything works well. A good motherboard and the best logitech webcam will make for a powerful streaming setup.

Our #3 Pick is the Gigabyte B450M DS3H Motherboard
Check Price

WHY WE LIKE IT: Gigabyte shows that an affordable motherboard with standout features, including support for AMD’s Ryzen processors and four DRR4 RAM modules, can be within reach thanks to the B450M DS3H.

If you’re on the lookout for an excellent motherboard that won’t have your wallet crying, Gigabyte’s B450M DS3H is a superb option. Featuring support for AMD’s Ryzen processor architecture and up to 64GB of memory, this motherboard delivers capabilities similar to its more expensive rivals. Gigabyte has even thrown in a few of its exciting technologies, including Smart Fan 5, a technology that allows users to change fan headers to cool their PC better, and an integrated RGB LED header for plugging in an LED strip with support for up to seven colors.

Gigabyte has also taken the time to ensure that its product is highly durable thanks to anti-sulfur transistors, plated power connectors, and a humidity protection glass fabric; all upgrades that allow your system to keep running without worry. The one factor we didn’t care for was Gigabyte’s seemingly outdated and limited BIOS that we found restrictive for overclocking and performance tweaking. Don’t forget the best gaming mousepad for your gaming needs.

Our #4 Pick is the ASRock X399 Taichi Motherboard
Check Price

WHY WE LIKE IT: ASRock delivers top-tier performance with the X399 Taichi; it supports AMD’s Threadripper CPU series for maximum performance as well as up to a staggering 128GB of DD4 high-speed memory.

If you need performance, ASRock brings the heat with its X399 Taichi motherboard; this beast can handle AMD’s Ryzen Threadripper series CPUs for the ultimate computing experience. The high-powered motherboard doesn’t end there; the X399 also slots up to eight RAM modules for a jaw-dropping 128GB of memory. Connectors onboard also include 3 Ultra M.2 slots for high-speed SSDs, a range of PCIe slots with support for Nvidia 4-Way SLI, integrated 802.11ac Wi-Fi, and USB-C support.

ASRock even went as far as to include support for 7.1 Channel HD Audio powered by Realtek and DTS Connect, both enabling you to enjoy a full home-theatre surround sound setup right from your PC. We wish everyone could grab the ASRock X399 Taichi for the ultimate experience, but the one downside is that the unit is prohibitively expensive for most individuals. However, with all its power, the ASRock is the best motherboard for gaming. When it comes to storage and gaming, you might want the best external ssd for more portability.

WHY WE LIKE IT: EVGA delivers with the Z390 FTW, using Intel’s Z390 chipset the motherboard supports Intel’s Core 8th and 9th generation CPUs. The Z390 even supports up to 64GB of RAM for maximum performance.

If you’re more of an Intel fan, EVGA’s Z390 FTW motherboard delivers performance and reliability while supporting the company’s Core 8th and 9th generation CPUs. Memory isn’t a limiting factor here either, as the board supports up to 64GB of high-speed RAM. We liked that the EVGA board is easy to install and includes everything you need to get started, including the required screws, SATA cables, and even an Nvidia SLI bridge for setting up multiple graphic card gaming.

We were also happy to see that EVGA provided an array of USB ports, including six USB 2.0 ports and 5 USB 3.1 ports. We would have preferred the majority of the ports to be USB 3.0 or higher, but the quantity is sufficient. The one issue we have with the Z390 FTW is the reported lack of support from EVGA when problems occur, although thankfully, that doesn’t appear to be too often. The EVGA is the best motherboard for i5 and i7 CPUs on our list. Choosing a motherboard is a lot harder than choosing the best printer paper, but it is worth the effort.

When selecting the best motherboards, we wanted to ensure that we set strict criteria, ensuring only the best options were presented to you, the reader. We began by examining the crucial elements of any motherboard, including the CPU compatibility, maximum supported memory, provided internal connections, and overall form-factor. We knew that each factor is as critical as the last, so we made sure that anything not meeting our standards was instantly removed from our list.

When it came down to CPU compatibility, we ensured that we provided both AMD and Intel options on our list so that you could pick the manufacturer of your preference. Additionally, each board supports the latest CPUs from AMD Ryzen to Intel Core 8th and 9th generation CPUs — no option here is outdated or underpowered. We also ensured the minimum supported memory for each board was 64GB, to allow for high-performance now or upgradability soon.

Making sure you can connect your new high-speed SSDs, and high-powered graphics cards is always a concern, so we ensured that each motherboard we selected included both M.2 slots and PCIe expansion options. All of our selections also feature standard SATA connectors for the connection of standard mechanical hard-drives. When it comes to form-factor, all of the options on our list fit ATX-style cases and larger. With ATX being the standard case size for most builds, we ensured your favorite motherboard would fit.

Which brand motherboard is best?

In our research, we found our best motherboards selection to come from a variety of manufacturers. The brand that we awarded our top pick was ASUS ROG with its Strix B450-F motherboard, able to handle an AMD’s latest Ryzen CPUs with up to 64GB of RAM and sporting a selection of great features. Thus, the best motherboard brand on our list based on top selection is ASUS.

Which motherboard chipset is best?

The chipset that will work best for you depends on the CPU you wish to utilize in your PC build. If you are building an AMD machine, the AMD B450 chipset will allow you to run the company’s AMD Ryzen CPUs. Otherwise, if you are looking on the Intel side, Intel’s Z390 chipset stands out as an excellent option.

Which is the best Z390 motherboard?

Based on our research, we found the EVGA Z390 FTW motherboard to be the best Z390 motherboard. The EVGA Z390 FTW supports Intel’s Core 8th and 9th generation CPUs; it is even compatible with up to 64GB of RAM for maximum performance.

Are expensive motherboards worth it?

When it comes to technical performance, many cheaper motherboards will perform similarily to higher-end boards. The big difference comes down to build-quality and unique features such as 7.1 audio, extra connectors, and built-in LEDs for display. If you are looking for a motherboard to last you 5+ years, you might want to consider something not out of the bargain bin.

Does the motherboard affect FPS?

No, generally, the CPU and graphics cards of your PC are the main factors in determining your FPS (frames per second) in video games. If you are concerned about obtaining the highest FPS numbers, you should focus on high-speed latest generation processors (CPUs) and high-end graphics selections from either AMD or Nvidia. 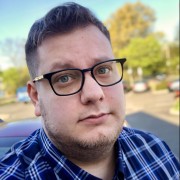 Best Computer for VR
1 day ago