How Does a Vacuum Work?

Have you ever wondered, “How does the vacuum cleaner work?” to yourself? These household appliances are common, and most people use them for both daily cleaning and occasional deep cleaning. There are several types of vacuum cleaners to choose from, but they’re almost all powered by the same mechanisms. Yes, that includes the best vacuum cleaner. You know how to operate it for daily cleaning, but what powers it? Today we’ll go over precisely that.

Exploring How A Vacuum Cleaner Operates

While the physics behind vacuum cleaners may seem complicated, it comes down to a handful of different functions. Modern versions use a system with blades similar to how plane propellers work, which we’ll go over below. We’ll start with the physics behind vacuum cleaners and then move into how the mechanical parts work. For more tips on how specific household vacuums work, check out our guide to how pool vacuums work.

A camera’s shutter is a device that allows light to pass through the camera’s lens for a pre-determined period of time.

The Physics Behind Vacuum Cleaners

So, how does a vacuum cleaner work? How long do vacuum cleaners last, how does a robot vacuum work, and do robot vacuums last longer? Most of us aren’t physicists. The mere mention of math is enough to make most folks shudder. Luckily, understanding how vacuum cleaners work isn’t all that difficult. It relies on simple systems that have worked for years after their discovery in the early 20th century. We’ll go over negative pressure and how it works below to give you a solid base before moving into electric power.

What is Negative Pressure?

Simply put, negative pressure means that the air pressure in one place is lower than the air pressure around or outside of it. Nature likes things to be equal when it comes to pressure, so air will flood in to try and equalize the pressure.

How Does Negative Pressure Work?

Air pressure likes to be stable. When you suck on a straw, liquid rushes in to fill the “negative” space to even out the pressure. The same idea is easily applied to explain how vacuum cleaners work. Negative pressure creates a “vacuum,” which creates a zone of suction that pulls in outside air. This is the basic idea behind how vacuum cleaners work.

The second part of the equation is understanding briefly how electric motors come into play in conventional vacuums. In the old days,

A shutter works by opening and closing at pre-determined intervals, allowing enough light in to create digital images.

The Parts of a Vacuum Cleaner

Vacuum cleaners are only made up of a few main components. They aren’t nearly as complicated as they may seem! The main parts of a vacuum are as follows:

How the Motor Works

Why are they called “vacuum” cleaners?

They are called vacuum cleaners because of their suction to pull in dirt, dust particles, and other undesirable materials. The same physics that powers them is what gave vacuum cleaners their name.

Are vacuum cleaners bad for your health?

No, but some vacuums are better for health conditions than others. Those with asthma or allergies, for example, should consider buying a bagged vacuum. Some bagless vacuum cleaners may shoot dirt and dust back into the air.

Where and when did central vacuum systems become popular?

How does a whole house vacuum work?

While far less common than handheld vacuum cleaners or upright models, a whole house vacuum system uses a system of hoses pulled from designated outlets throughout the house. The particles sucked up by these hoses are funneled down into a canister in the basement.

STAT: In some tests, vacuuming is shown to have destroyed up to 96% of adult fleas and 100% of young fleas. (source) 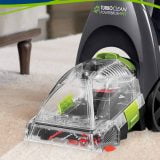 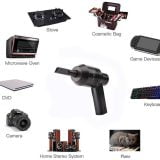 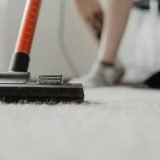 How to Register a Shark Vacuum 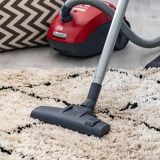 How Many Amps Does a Vacuum Use? 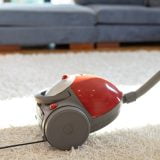 Best Vacuum for Allergies in 2022 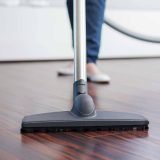