The Acer Predator XB271HK is just one of three models that made our best monitor for Xbox One X and best 4K gaming monitors list for 2019- but what are the key components that really set it head and shoulders above the rest? Was it the imposing design, the endless settings choices, or its speedy performance when it came to all things gaming? This Acer Predator xb271hk review has the answers. Speaking of head and shoulders above, find out which models made our best computer monitors list.

Read on in my Acer Predator XB271HK gaming monitor review to find out!

WHY IT’S A TOP PICK: The Acer Predator XB271HK is perfect for gaming or creative work, take your pick!

Summary: The Acer Predator XB271HK lives up to its family name with incredible 4K gaming performance and a surprising amount of color accuracy, but is held back by its clunky settings menu and higher-than-average price point.

Aside from the general size and shape of the 27″ Acer XB271HK, you’d have a hard time telling this screen apart from any of the others we’ve already reviewed in the stylish-but-serious Predator line of gaming monitors.

Style is one thing, but a monitor with multiple video ports, built-in speakers, and LED display are what make the AOC G2460PQU 24 inch LED monitor a real display worth checking out.

All the hallmark accents are back, including the subtle red lining along the hard-edged case, and the small “Predator” logo which runs along the bottom. The screen swivels a minimal 30° on its base from side-to-side, 90° into portrait mode, and -5° to 35° of vertical swing positioning, which is still plenty of room to move if you’re planning on playing your games from a fully-upright position for a match of League of Legends or if you’re lazily slumped down for a round of Scrabble online. This creates maximum viewing angles.

The Acer Predator XB271HK s a 27″ IPS-based LED monitor that runs at a resolution of 3840 x 2160, has a 1,000:1 static contrast ratio, and sports a 4ms response time with a 60Hz max refresh rate and AMD FreeSync anti-screen tearing compatibility.

On the back of the XB271HK we found a scarce number of available ports, limited to just a single HDMI 2.0 ports, one DP 1.2, a 3.5mm audio passthrough, along with 4 USB 3.0 ports attached to the back and side of the unit. The onboard 2W speakers were underwhelming, but when you’re already dropping this much on a monitor you’re almost guaranteed to have a good pair of external speakers or headphones to go with it, right? Although, if the few ports on this model won’t cut it for you, read our AOC Agon AG493UCX 49 curved immersive gaming monitor review for a better option.

For all the things the Predator line of monitors does right: imposing but thoughtful design, stellar performance, and great color reproduction…man does their settings menu needs a lot of work. I’ve seen $100 Dell monitors that do navigation better than this nearly-$900 screen, and much of the frustration stems from the way Acer decides to double-up the duty of certain buttons on the bottom of the screen.

Related: If you like this monitor, don’t miss out on our Acer Predator XB1 gaming monitor review.

This includes the aforementioned Game mode which sets the color temperature to the most optimal point for contrast, as well as the option to put a crosshair on the screen for whatever you’re doing in case you’re playing something like Hardcore mode in Battlefield but still want to be able to see where you’re shooting. 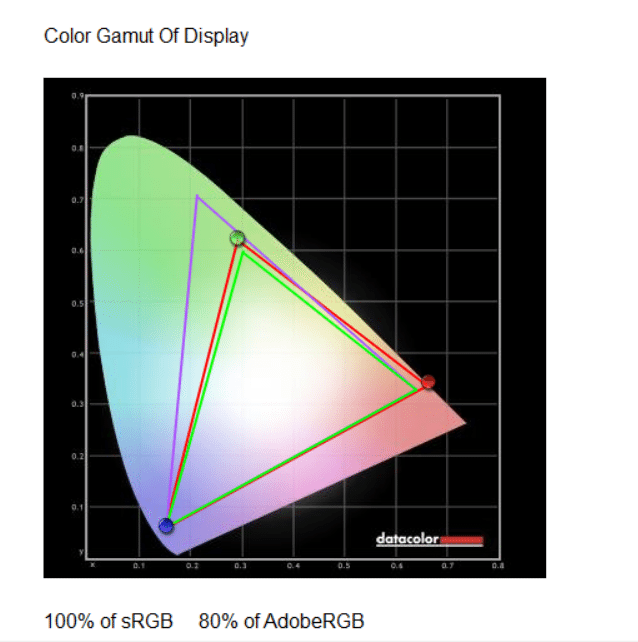 In our tests using Datacolor’s Spyder5Elite Pro calibration tool on the Predator, we achieved results that were just about in line with what you’d want out of a 4K resolution gaming display, as well as going above and beyond the call for creative professionals who need a monitor that’s as color accurate as possible in daily working scenarios. Moreover, you’ll find similar if not better color accuracy with the top-end 4K 144Hz monitors, which are perfect for any creative professional.

After three runs both in sRGB and stock color settings, the UE590 scored an average of 100% sRGB, and 80% of AdobeRGB in color gamut evaluations, which puts it head and shoulders above some of the other gaming monitors we’ve tested in this same category.

With G-Sync in the mix, it’s pretty hard to throw a gaming monitor like the Predator off-balance, no matter what kind of game you’re playing. As seen in my Predator X34 review, the XB271HK represents the absolute pinnacle of what high-resolution gaming monitors are capable of in 2016.

As was expected, all games and movies looked just a little bit better than usual on the screen, and screen-tearing was brought to a zero on this best G-Sync monitor thanks to the integration of G-Sync. At this price point, you know you’re getting the best of the best when it comes to 4K gaming, and the performance of the XB271HK lived up to its cost in every way imaginable.

If you’re one of the thousands of PC gamers who just picked up a new Nvidia GTX 1080 graphics card and want a 4K gaming display that can keep up with all those extra pixels you’ll be pumping out, the Acer Predator XB271HK checks off all the required boxed and then some.

As is the case with all G-Sync displays, the Acer Predator XB271HK is priced higher than most competing FreeSync displays in the same category, so if budget is your primary concern and you’ve got an AMD card in your computer, you might want to go that route instead.

That said, you still absolutely get what you pay for with the Predator line of monitors, with quality and performance that would ooze out of every seam if the case weren’t already precision honed to prevent any leakage. 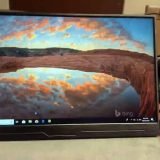 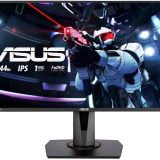 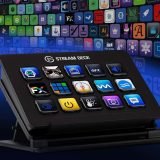 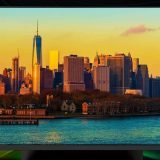 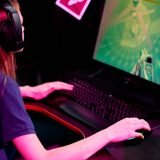 How to Setup a Gaming Monitor 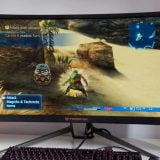