Looking for a Ultra HD Blu-Ray player that provides an amazing picture quality but you’re a bit tight on budget? Well, the Sony UBP-X700 comes with all that you can ask for in a Blu-Ray Disc Player that too at a very affordable price, half that of the Panasonic DMP-UB900. You get yourself a wide range of streaming services which paired with the Dolby Vision and HDR10 Support provides you with an amazing picture quality as well as a decent sound quality. And so with all that and a whole lot more, the Sony UBP-X700 stands out to be potentially the best Blu Ray Player one can get for their money. If you don’t want to miss your favorite show, don’t miss out on reading our TiVo premiere Digital Video recorder review. Test it out and see if you can include it in your list of best Tv accessories. 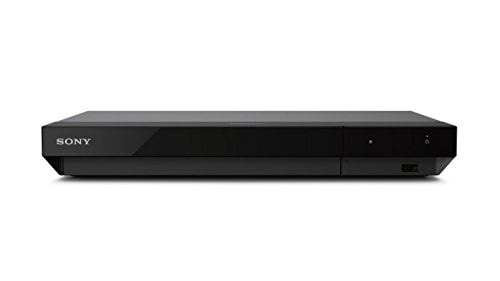 Providing you with the Ultra HD viewing experience whilst also coming with a whole lot of streaming services, the Sony UBP-X700 is a must get Blu-Ray Player for most of you out there. Paired with all of that, it also comes with Dolby Vision and HDR 10 support making your viewing experience all the much better. Thus, at under $200 the Sony UBP-X700 may just be one of the best Blu-Ray Players you can find right now.

While the Sony UBP-X700 does allow you to play 4K Blu-Ray discs as well as anything through the USB port upfront, it is also compatible with HD Discs and DVDs. This along with the fact that the X700 also plays WAV, FLAC and DSD files at 24bit/192kHz and upscales files using two different settings[Auto 1(2K) and Auto 2(4K)] makes sure that you enjoy a great picture quality no matter the resolution of the movie or disc you are playing. If you want to watch or control your DVR from anywhere across the world, read the Slingbox pro HD review.

Moreover, paired with its Sony Vision and HDR10 Support, the Sony UBP-X700 makes sure your TV provides you with a good amount of contrast and sharp details with the skin tones as natural as every other Sony Player. As for the audio output, the Sony UBP-X700 provides a great sound quality with every form of digital audio formatting you can ask for, starting with Dolby Atmos and DTS:X decoding. Want to watch or stream anything you like from a list of streaming services? Read the Sony UBP X00M2 review.

Moving onto the App serviceability, the Sony X700 comes with Amazon Prime Video, Pandora, Spotify, Hulu as well Netflix and Youtube. This is a far wider range of options than what is provided in the Panasonic DMP-UB900 but do know that only Youtube supports the HDR compatibility on the Sony UBP-X700. But along with 2.4GHz Wifi, Miracast and DLNA support you’ll have plenty of network functionality to browse through with the X700.

And finally, for the port availability on the device, the Sony UBP-X700 comes with two HDMI ports where the first is for both video and audio and the second is for audio only. This is because of the HDCP compliance, allowing you to play Ultra HD video even when your AV receiver doesn’t support HDCP(High-Bandwidth Digital Content Protection). Other than that, you also get a Coaxial Digital Port as well as a USB connection for playing movies off your USB Drive. Overall this is a great upgrade from the X800, the only drawback being that the X700 doesn’t support 5GHz dual band Wifi and rather just single band 2.4GHz.

Measuring to be 4.5 cm (H) x 32 cm (W) x 21.7 cm (D) and weighing just 1.4Kg, the Sony UBP-X700 is pretty compact and lightweight. It comes with only two buttons which are the prompt play and eject plastic buttons located on the front panel. This is comparatively easy to reach, but just like the Xbox One S, there is no front display, which is a kind of drawback for some people.

On the left of the front panel you get a drop down drawer mechanism that hides the disc tray and apart from that with a two tone finish and metal panels on the side, the Sony UBP-X700 has a pretty premium feel and build quality to it despite the price. As for the remote provided, it is made of plastic but still works perfectly fine with a wide range of controls. However, it doesn’t have a backlit keypad like the remote of the Panasonic DMP-UB900, but can be seen to a certain extent in the dark.

Priced at about $180, the Sony UBP-X700 is extremely affordable, more so than the Samsung UBD-K8500. And although you can’t do any form of gaming like the Xbox One S, the Sony UBP-X700 does live up to its price as a Blu-Ray Player. It comes with 4K viewing support along with everything ranging from Dolby Vision, Dolby Atmos for sound and HDR 10 support, giving you one of the best viewing experiences you can get out of a Blu-Ray Disc Player. And so while it may not have display upfront, or support HDR 10+, the Sony UBP-X700 makes for one of the best value Blu-Ray Players out there.

Packing everything ranging from compatibility with older discs, a good amount of network functionality, a wide streaming service option and most importantly an amazing picture quality paired with great sound quality, the Sony UBP-X700 makes for one of the best Blu-Ray Players out there. And with it’s compact and simultaneously sleek design, it makes for an excellent addition to your home theater. But, if you’re someone who absolutely needs HDR10+ or wants a gaming console as well, going for more premium Blu-Ray players like the Xbox One S may be the way to go. 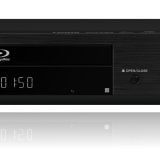 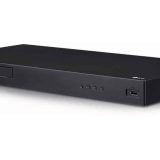 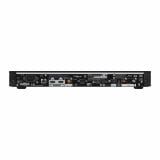 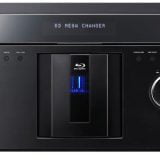 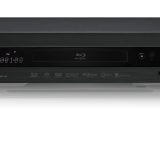