Smart TVs came into existence in the 2010s. According to a report from research group NPD In-Stat, in 2012 only about 12 million U.S. households had their Web-capable TVs connected to the Internet, although an estimated 25 million households owned a set with the built-in network capability. However, by 2015, a majority of families owned a smart TV. Many fans of new electronics find that smart TVs offer substantially more than standard TVs and are among the highly-rated TVs on the market. So, what is a smart TV and what features are available?

Users of smart TVs can connect to other devices they may have, just like they would on a standard TV. Smart TVs include HDMI, USB, and AV ports that many devices like DVD or Blu-ray players and video game consoles use to show their content. Additionally, certain devices that are designed to display images or video through a USB cable, such as a camera, connect to the TV as well.

Additionally, some smart TVs include an input for things like cable or satellite television. Television shows and movies can be watched on a smart TV. If the buyer doesn’t have cable or satellite, consoles or set-boxes show the content from apps, DVDs, and Blu-ray discs. Smart TVs can also be connected to home entertainment systems, such as stereos. These features work the same way on smart TVs as on more traditional sets.

What is different about a smart TV?

If you have a digital TV then you probably had to learn what a digital tuner is and how to use it properly for the best viewing experience. Smart TVs feature specialized apps designed for streaming TV shows, movies, videos, and music. Some of the apps introduce people to content they may not have found on their own. These apps allow users to access dozens of streaming services, on-demand content, and access videos posted on the internet. Smart TVs are similar to modern computers, but they come in a wide variety of sizes. In addition to streaming services, smart TVs can also access the internet. Altogether, these features make set-boxes, like those provided by a Roku box, unnecessary. If you want to learn more about streaming be sure to check out how streaming TV works as well as how to stream TV, to get you started.

How do smart TVs connect to the internet?

Once connected to the internet, smart TVs load into a home screen. From this screen, users will see all of their available applications and log into their existing subscriptions. To access the service, users should click on the icon of their desired app. Some smart TVs have additional apps that are specific to the company by whom the television was manufactured. For example, Vizio offers certain shows on their “WatchFree” app.

What Other Benefits Do Smart TVs Have?

Smart TVs provide access to a large number of channels without the need for an antenna, satellite, or cable service. In addition, specific smart TVs provide gaming and access to content on your computer. However, smart TVs are not just about accessing streaming apps. Finally, some smart TVs may include a webcam, allowing consumers to participate in video calls or streaming.

Many smart TVs allow users to connect to their phones or other electronics. This connection is made using a BlueTooth module, which is similar in concept to the WiFi module. As long as the consumer’s device has BlueTooth connectivity, this module can allow users to watch or view something from their other device on the TV screen. In some cases, the consumer can see content from their TV on their smartphone while away from the TV. However, only certain televisions have this ability.

Some smart TV systems will allow the use of voice control through Alexa, Google, and Siri. To use these services, consumers may have to link their accounts on the TV to the accounts of their voice control providers. For example, Amazon users would have to connect to their Amazon accounts to use Alexa. Likewise, Apple TV users would connect their Apple account to use Siri. However, users of Google need to add their smart TV to their Google Home.

Once the accounts are connected, voice control may access the TV. This access means that users can control their televisions using voice control on their connected devices, such as smartphones, tablets, and home assistance devices. The exception to this idea came from Apple users who have smart TVs that are not Apple TVs. In recent years, Apple has introduced a similar application to the one from Google that allows Apple users to connect their TV to their HomeKit. If you do not need these features then you can check out what a soundbar for TV is and why it would be great for your entertainment.

Who Should Buy a Smart TV?

A large number of television viewers find that a smart TV fits their needs. For example, viewers without set-boxes or video game consoles can view streaming services. Smart TVs allow these users to access these services, as well as the internet. Some smart TV manufacturers also introduce additional episodes or movies that may not have otherwise been available to their users. People with accessibility issues may also find that smart TVs provide an easier way to use their TV through voice control.

Although some people are not comfortable with new technology and may prefer traditional TV sets, many buyers may see the benefit of having a smart TV. Smart TVs provide consumers with the ability to access various streaming platforms through specifically designed applications. Additionally, they feature TV shows, movies, and videos that previously required antenna, satellite, and cable services. Smartphones and other electronics can share their screens to be shown on the TV screen, and, in rare cases, TVs share their screens with these other electronics. Finally, some consumers may control their TVs using their voices.

What devices and platforms are supported by Peacock?

Peacock is available on several smart TV platforms, most computers, Android and Fire tablets, iPads, Android and iPhones, as well as Playstation and Xbox.

What are HDR and Ultra HD?

HDR stands for high-definition range and describes the type of image produced by the television on its screen. HDR TVs often offer brighter highlights and vivid colors. Ultra HD stands from ultra-high-definition and represents a video format that has an aspect ratio of 16:9.

Many companies manufacture smart TVs, including most of the TV brands you would see making standard TV sets. These brands include Philips, Sony, Toshiba, LG, Vizio, and Panasonic.

STAT: According to a report from research group NPD In-Stat, in 2012, only about 12 million U.S. households had their Web-capable TVs connected to the Internet, although an estimated 25 million households owned a set with the built-in network capability. (source) 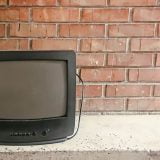 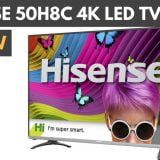 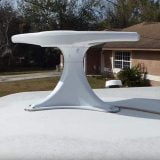 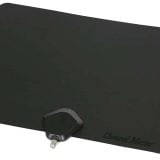 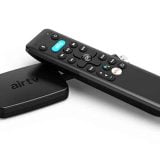