Whether you’re looking for the best drones for fun or work, you’ll need to understand the rules regarding restricted airspace. This is true even if you’re a recreational drone pilot that isn’t looking to fly in restricted airspace. If you’re not careful, you could even be the victim of anti-drone technology at some of the busiest airports, such as Gatwick airport.

How Close Can a Drone Fly to Airport Operations?

If you’ve ever wondered, “How high can drones fly legally?” you’ll want to keep reading. We’re going to go over some of the rules regarding controlled and uncontrolled airspace. After all, you can get into a lot of trouble if you end up in a no-fly zone.

Recreational users of drones do not have to have a license to enjoy their hobby.

The Difference between Commercial and Recreational Drone Pilots

The ability of drones to fly in or around restricted airspace depends entirely on the type of drone. Where drones are banned depends on the facility map of the airport. This will include factors like the placement of the airport runways and other parts of the airport environment.

It can be dangerous to have an amateur drone pilot come anywhere near airport traffic, whether that be pedestrians or manned aircraft. Because of this, anything closer than five miles to an airport becomes restricted airspace.

There are so many different types of drones. Some drones deliver packages, while others are used for photography. Some commercial drones can fly in restricted airspace unless there are temporary flight restrictions. This will depend mainly on the licensing of the commercial drone pilot, however. If you are unsure, stick to the airport rule of thumb and stay five miles or more away.

Ensure that you’re keeping up with drone software companies so that you don’t miss any critical updates put out by drone brands.

Are drone operators able to fly within five miles of an airport?

While it didn’t use to be this way, the FAA has now made it illegal for hobbyist drone users to fly within five miles of their nearby airport. This means that, for the most part, airport air space is off-limits and should be avoided on a drone’s flight path.

How do drone pilots know if they’re flying in controlled airspace?

The easiest way to know whether you’re in controlled or uncontrolled airspace is to use drone apps, like the B4UFLY app. These drone apps will tell you everything you need to know about different airspace locations, which will keep you from venturing into a restricted class of airspace.

Can I fly higher than the max LAANC altitude?

That depends on whether you’re a hobbyist or a commercial operator. It is possible to request access to this airspace through official channels if you’re a professional. Those using recreational drones cannot yet request this permission using the Airspace Authorization Application Process.

What are recreational drones?

Recreational drones are flown for fun by drone owners. They are not used for professional drone flying, and a recreational drone pilot usually does not need a license. This is different than commercial drone operators, who are drone users that generally require a license.

STAT: There are 854,650 drones registered in the United States. (source) 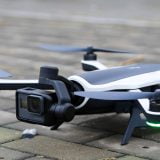 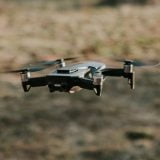 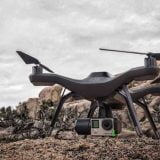 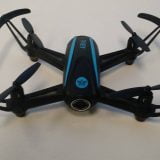 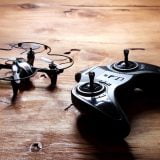 How Long It Takes to Charge a Drone Battery 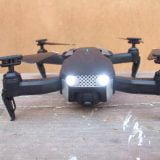