Between TN, IPS, and VA’s, choosing the best panel for gaming can be a tall task for those unfamiliar with the associated acronyms. Each has its advantages and disadvantages, and serious gamers are sure to notice the differences when shopping around for a perfect monitor. However, once they’re laid out and explained, it is relatively simple to compare them and choose the best panel technology for your gaming experience.

A panel, in computing, is a representation of the image on your screen. To choose the best panel for gaming, it is essential to understand the types of panels on the market today. The three types of computer panels are TN, IPS, and VA. Each has its advantages and disadvantages.

TN, or Twisted Nematic, is by and large the most common type of LCD monitor available. Thin sheets make up TN panels, which allow a current to pass through when ‘twisted’ at different angles. They are the least expensive of the three types and have their share of pros and cons regarding their place in your gaming rig.

Of the three types, TN panels have the best response time. Response time is how quickly a pixel can change colors. Low response times are always better; images will be perfectly crisp, especially ones in motion. Motion blur could be an issue not just for those looking for a high-definition gaming experience but for those susceptible to eye strain. TN monitors can reach response times as low as 1ms, depending on the model.

Related: Read about monitor uniformity issues, which could be a problem with your computer monitor.

On top of their quick response time, TN panel monitors have an impressive gaming refresh rate. Refresh rate is how quickly your monitor displays images. Having a high refresh rate means less input lag, which is greatly important to competitive gamers. Even a millisecond can mean the difference between ranking one spot above or below your competitor in fast-paced games.

If you’ve ever used a laptop and had to adjust the screen based on where you’re sitting because the colors or brightness looked wrong, then you’ve encountered a common issue with TN panels. When viewed from the incorrect angle, colors will begin to invert or distort. Alternatively, for a wider viewing angle, you can get a 32-inch monitor, especially if you’re figuring out how to connect your PS4 to a monitor.

While TN monitors are the best for response time, they fall short when running the color gamut. TN monitors will have a worse color reproduction than their ISP or VA counterparts. While this may not make a difference to everyone’s gaming experience, it is worth noting to those interested in visual aspects.

IPS stands for in-plane switching. While TN panels have perpendicular arrays of pixels, in IPS panels, those arrays are parallel. They utilize shifting the orientation of liquid crystals between glass substrates instead of running through the films like on a TN-style monitor. They are newer on the market and more expensive and are popular for graphic design and photography.

If you’re looking for the best color depth, there is no beating an IPS monitor. They will provide the most true-to-life visuals, able to be viewed at any angle. IPS monitors correct some of the issues TN monitors face, stepping up the visual game considerably. Suppose you are more of an RPG or story-based player than a competitive game enthusiast. In that case, it may be worth compromising the potential drawbacks on aesthetics alone.

Vertical Alignment panels are interesting, as they seek to create a happy medium between TN and IPS. The name ‘vertical alignment’ comes from the position of liquid crystals between two filters. They are jacks-of-all-trades since they mediate the differences between other screens.

A Little Of Everything

Being squarely in the middle of TN and IPS, you can expect VA monitors to juggle all of the advantages — and some of the disadvantages. VA panels have lower response times and higher refresh rates than IPS, diminishing lag and blur. This type also features a higher RGB percentage than TN monitors, meaning better color quality. What this means is that they can handle most of anything. If you also plan to use your computer for watching movies or TV on top of playing video games, then VA will have you covered in all respects. **Additionally, VA monitors have the greatest contrast ratios of the three. **

Squarely In The Middle

As the saying goes, a jack-of-all-trades is often a master of none. While it beats TN in terms of color quality, it falls milliseconds short of its quick refresh rate and lower response time. On the same token, the color quality still edges just below what IPS can achieve.

What is the Best Panel for Gaming?

In the end, this comes down to personal preference. What type of games you play and your budget can determine your ideal panel. All three types of panels will prove helpful for gaming, and you are sure to find individuals who swear by their favorites. However, TN is the preferred panel type for most gamers due to its speed, low cost, and power usage. If you are looking for a more compatible monitor then you can check out freesync monitors with gsync compatibility.

OLED stands for “organic light-emitting diode” and is a type of panel technology that differs from TN, IPS, and VA. They are different from LCDs, using positively and negatively charged ions to light up pixels.

Do VA panels have ghosting?

Generally, yes. Since VA panels have a slower response time than a TN panel, it is possible to run into issues with ghosting.

Can IPS monitors have 1ms?

On specific newer models with G-Sync on, you could potentially achieve a 1ms response time. All the same, it would still be slightly slower than a TN monitor. 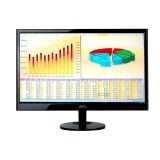 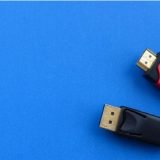 What Is DisplayPort on a Computer Monitor? 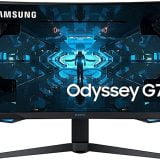 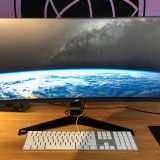 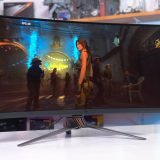 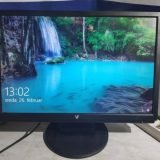