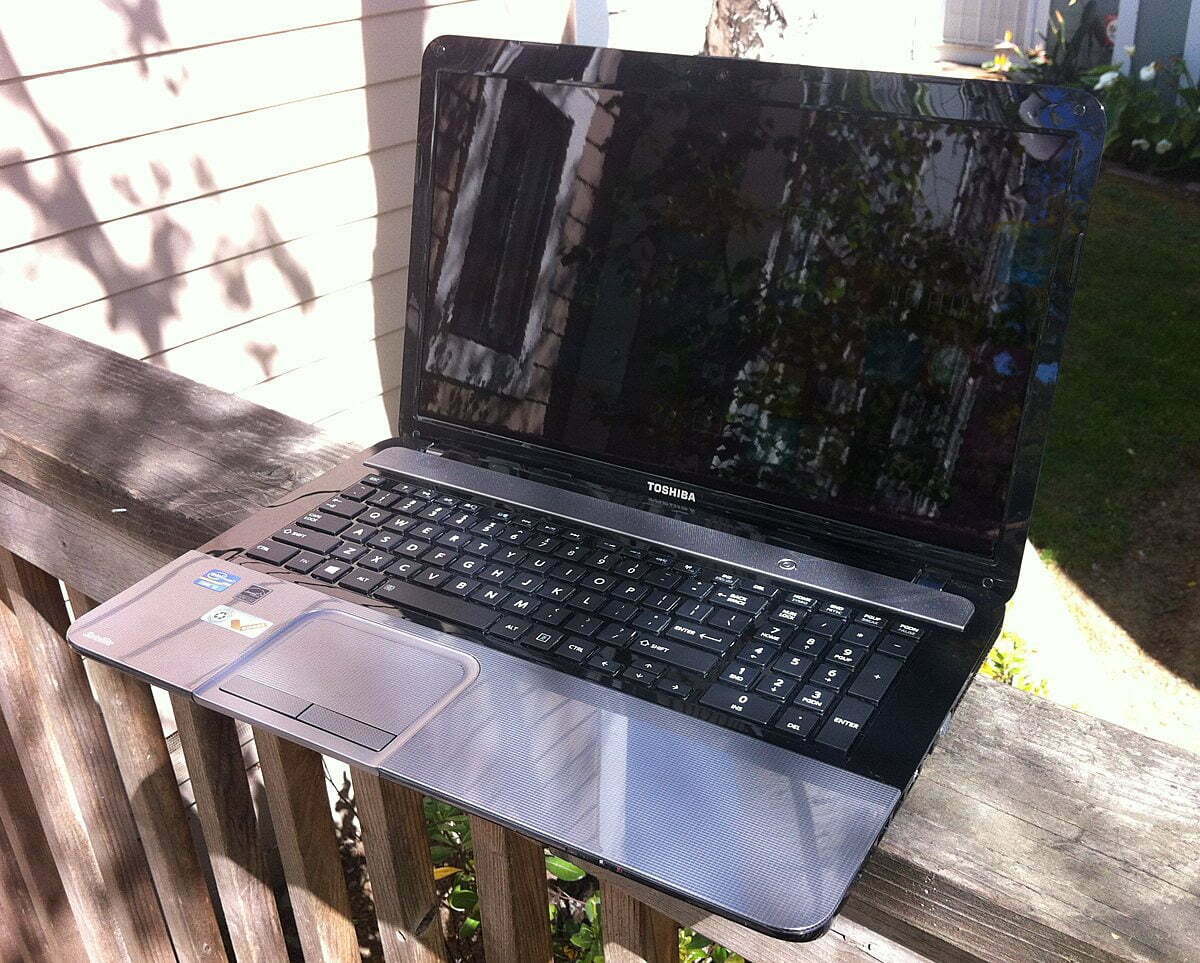 If you are looking for the best windows laptop, check out what Toshiba has to offer. We have another mobile computing device on our hands, dear readers. Our last time out was with the handsome and cool Sony VAIO S Series laptop. It was an elegant and slim solution that dished out 1080p by default like it was the common standard for such a device. While that “lappy” featured a 15 inch display window, what we have here today trumps that quite nicely. Toshiba has offered up their 17 inch Toshiba Satellite L875-S7108 in all its Windows 8 glory, for our fine scrutiny. So let’s begin. If you’re interested in more choices, then read our best laptops list.

The Toshiba Satellite L875-S7108 is a very standard laptop in appearance. Toshiba dubs the physical description as “Fusion Finish in Mercury Silver”. I call it black with chrome accents above and below the full-size keyboard. The outside lid is more light grey than silver and features a feint checkered or single-color plaid pattern with a “TOSHIBA” logo written across the center.  Like the VAIO there is no bulky battery pack protruding outward. But the battery can be accessed and replaced. The DVD drive uses a tray loading mechanic. The entire unit weighs about 6-lbs and is sized at 16.3″ x 10.6″ x 1.3″ (WxDxH). So it’s not a light laptop. The track is also large and easy to reach like the VAIO. We were very pleased to see the buttons are segmented and separated juxtaposed to the VAIO where the entire track pad functioned as such as well as being buttons for left- and right-click. I found zero issues with the trackpad, which also supports multi-touch control. It is very responsive and the traditional layout makes things easy to reach and intuitive.

Related: Take a look at our Toshiba Tecra A50 E review 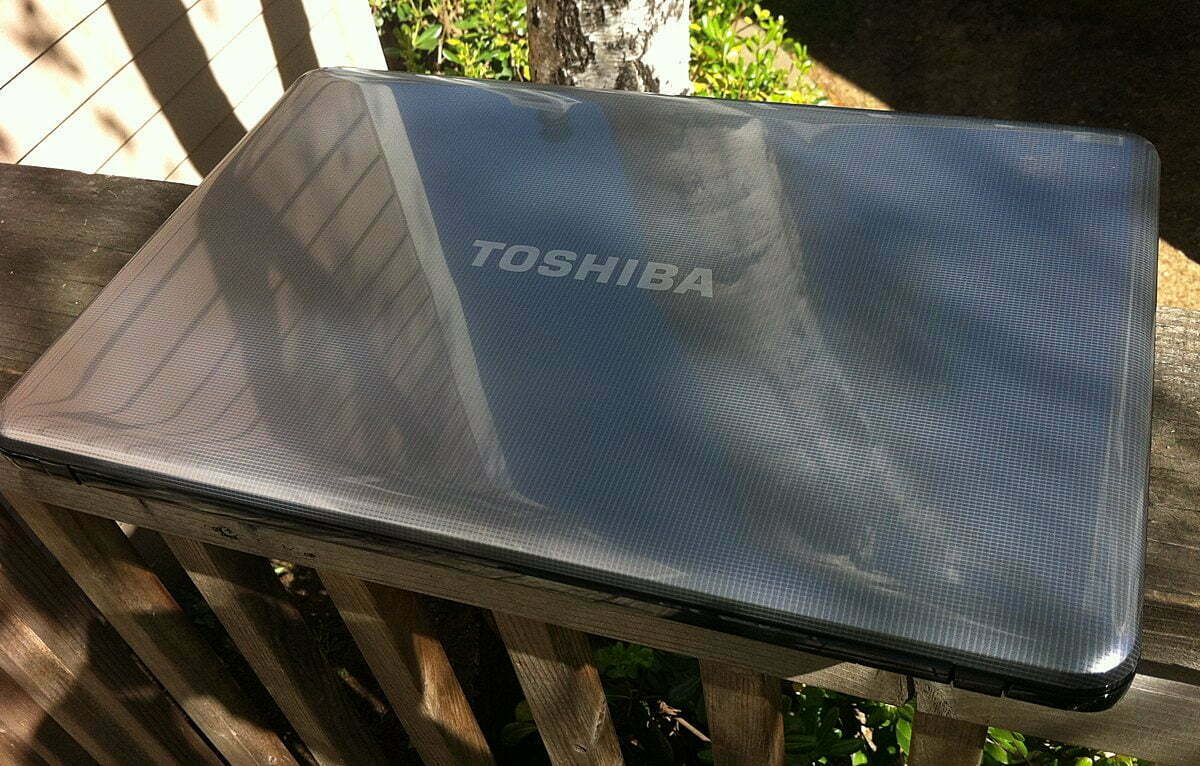 Whirring beneath, Toshiba has selected a modest compliment of components. The Satellite L875-S7108 is commanded by an Intel i3-3120M processor with a 3MB cache capable of reaching 2.50Ghz. Is makes use of a single 4GB DDR3 memory stick clocked at 1600Mhz. This can be expanded to 16GB across the system’s two memory slots. Storage capacity is in the form of a 640GB 5400RPM SATA drive. Optical ldrive is a mutiformat DVD/RW with double layer support. The aforementioned display is 17.3 inches. It’s a widescreen TruBrite TFT display capable of 1600 x 900 native resolution. It’s LED backlit with no obvious backlight bleed. The built-in speakers are stereo. No Beats Audio here, like we see with many HP laptops. But we do have SRS Premium Sound HD. That said, we still recommend a secondary set of satellite speakers. The webcam and mic setup is sufficient for Skype and Google Chat and such. But noise-cancelling mic is preferred. Connectivity options include 10/100 ethernet RJ-45 LAN port, 802.11b/g/n WiFi network adapter and a memory card reader (SD, SDHC, SDXC, MinSD). There is not an abundance of ports. But we do get HDMI, VGA, mic-in, headphone out, 2x high speed USB 3.0 ports and a single USB 2.0 port with USB sleep and charging capabilities. Powering it all is a 6 cell/48wh Lithium ion battery pack with a charge life of nearly 4hrs.

Related: Check out our Toshiba Satellite A665 S6092 laptop review 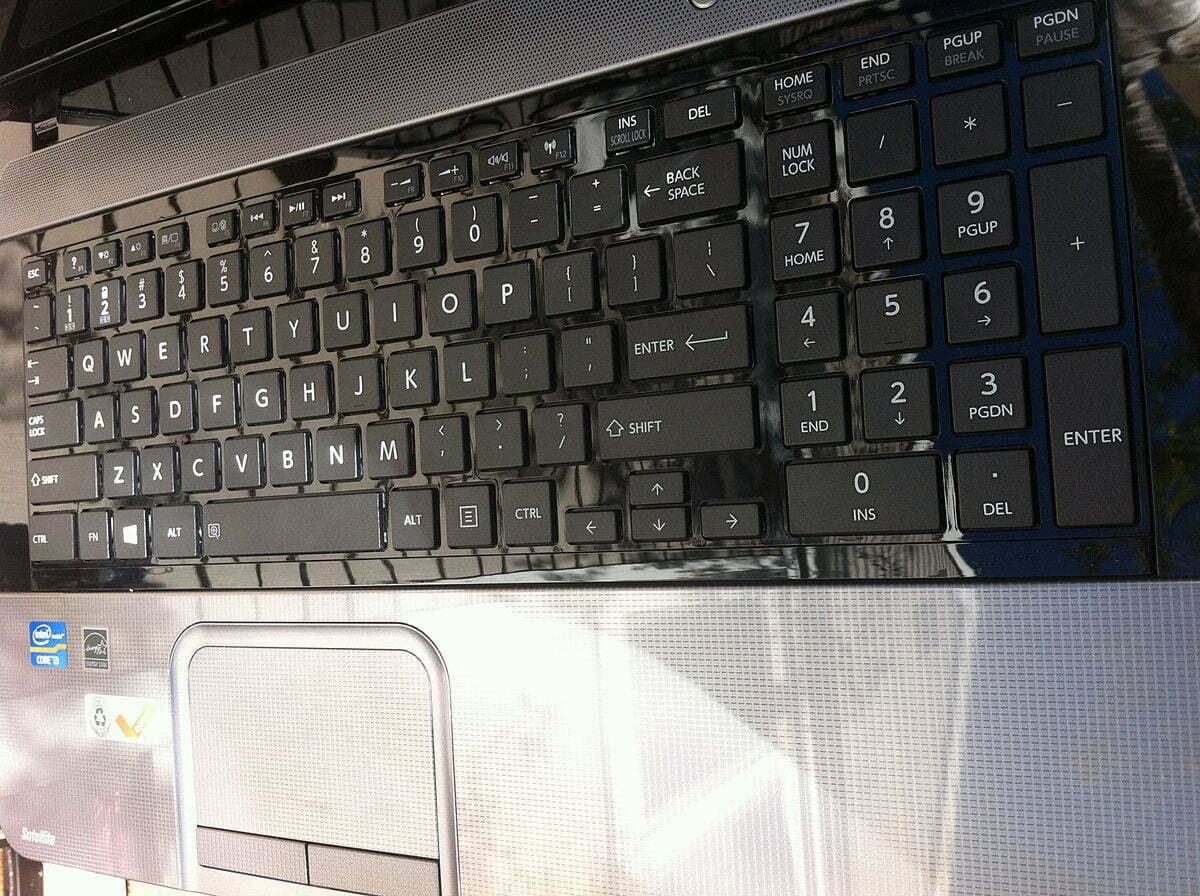 Essentially I feel the same about the OS as I did all the other Win 8 computing solutions. The OS is awesome. But Windows 8 without a touch interface option is decidedly less awesome. I applaud a lot of the new Windows is doing.  Still it’s more enjoyable and functions better when one can use it the way it was designed, over a touch screen interface to make the most of those pretty apps. The 17.3-inch display is not touch-based. So when using the Satellite L875-S7108 I mostly stay in the familiar desktop mode, which lends itself to keyboard and mouse much better than the tiles.

But Toshiba has also tossed in some bloatware, some of which is less bloaty and actually useful. We have some basics like a book reader, disc creator, HDD protection,  video player, upconvert technology for media and few other forgettables. The upconvert is handy when it works. The video players doesn’t support several major codecs by default and the others can all be replaced with freeware alternatives from the internet, with just a slight bit of digging. Of the useful apps we have Microsoft Skydrive for cloud storage, Windows Essential, Norton PC Checkup and EA Origin for video game purchases and downloads. 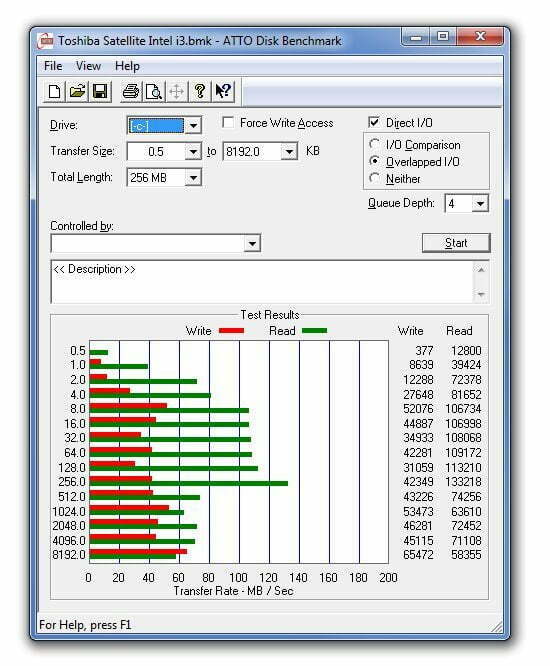 Now for the numbers… The margin between the VAIO and the Satellite L875-S8108 does not seem to  match the price difference. An i7 is definitely more compelling than an i3 and the displays are light years apart. While you can get a little gaming done on the VAIO (very little), the Satellite is not a friend to high end gaming. Yet while, the hard drive looks slow on paper (5400rpm) you can see from our ATTO Bench test, the sequential read speeds even exceed that of the Seagate solid state hybrid drive we reviewed last month. Unfortunately, the write speed are nearly halved.

The Toshiba Satellite L875-S7108 is a very capable consumer level laptop solution. It’s priced nicely for a large 17 inch display laptop.  It’s weight makes it mobile but in a limiting sense. The thing is still heavy so toting it in a carrying bag may over short jaunts is fine. But you won’t want this behemoth on your back or your shoulder for too long. Sit it down and crack it open to find a display that is sufficient but not overly stellar or color-rich, and that resolution leaves a lot to be desired with 1080p popping up everywhere these days. Still, typing and word processing–surfing the internet and the like are handled admirably. The general speed is impressive for an Intel i3 CPU. Moving in and out programs is just as peppy as on the VAIO’s i7. Plus the unit can maintain a wireless signal much better than the Sony VAIO upon waking from sleep mode.

Toshiba has something special for general use computing. It doesn’t do more than it needs for the target market. Plus it’s priced right for its aim. That said I’m no fan of Intel baked-in graphics. Too limiting for my gamer’s mind. But here, it’s perfectly adequate.

Bottom Line: The Toshiba Satellite L875-S7108 is a fine consumer level mobile computing option. It’s a low range jack of all trades with no real specialty. But it will do two things: keep you entertained and maintain your productivity.

·  …but really resolution could use a touch up 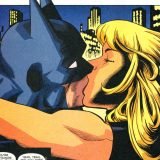 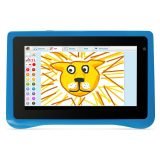 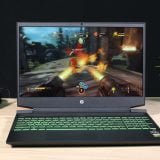 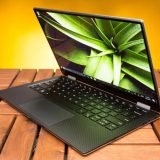 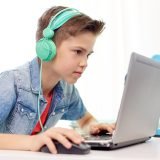