The Great British Baking Show is a cooking show featuring many talented British chefs. These chefs go through various challenges where they create a certain type of dish or dessert. The creations made here will leave you with a growling stomach. This series placed on our list of the Best Shows On Netflix. 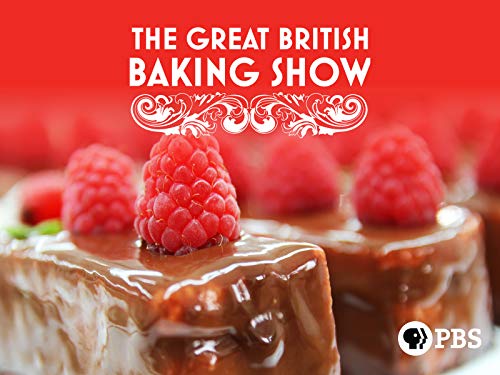 Why We Like It – The Great British Baking Show Review

The Great British Baking Show is a cooking show. This show has a unique educational approach when describing the chef’s dishes. Anyone watching will be inspired to try and cook the dish themselves. Apart from looking at delicious dishes being prepared, there will also be some intense challenges for the participants to see who is the best.

Most of the show involves the chefs creating dishes that are common in British culture. After the dishes are finished, the judges try out each dish and rank them from last to first. The drama in this show revolves around what happens during the baking process. It is not the kind of show that has a lot of personal drama between the chefs, so if you’re fiending for a more dramatic series the better choice will be The Dark Crystal: Age of Resistance, or take a darker turn in the cooking game with the infamous meth cook Walter White from Breaking Bad.

The show stays interesting as we see each of the cook’s techniques affect the dishes differently. Mary Berry, Paul Hollywood, and Prue Leith are some of the judges that get to enjoy all these tasty creations and rate them from best to worst with detailed explanations for the chefs. The show has been around for a while now, and most recently the name of the show has changed to The Great British Bake Off. Another long-standing series like this from our list is Avatar: The Last Airbender, which even has a live-action movie now.

I enjoy how this show takes time to break down the dishes the chefs are making. The way they break down these dishes helps anyone become a better chef by learning more about how food works. Combine these dishes with the three challenges the chefs go through, and we have ourselves an entertaining and educational show. After writing down every chef’s tips, balance out this educational show with the animated comedy Big Mouth.

During The Great British Baking Show, you will be amazed at the delicacy of British cuisine. Aside from your mouth watering from the amazing food, you will learn various things about how the dishes came to be. In the end, the judges will ultimately decide which chef surpassed or failed their technical challenges.