If you had to take a count of those people who  have audio systems — specifically an amplifier — in their home theater, it would probably equal less than those who have portable Bluetooth speakers. But a portable is never going to match the power of an audio system, not to mention have speakers anywhere the size or scope. So what do you do when you want to stream audio from your phone or tablet to your home theater but the amp doesn’t have built-in Bluetooth? You gladly spend the $49 and get a ROCKI PLAY. Visit our best home theater systems list if you’re interested in upgrading your home entertainment system. 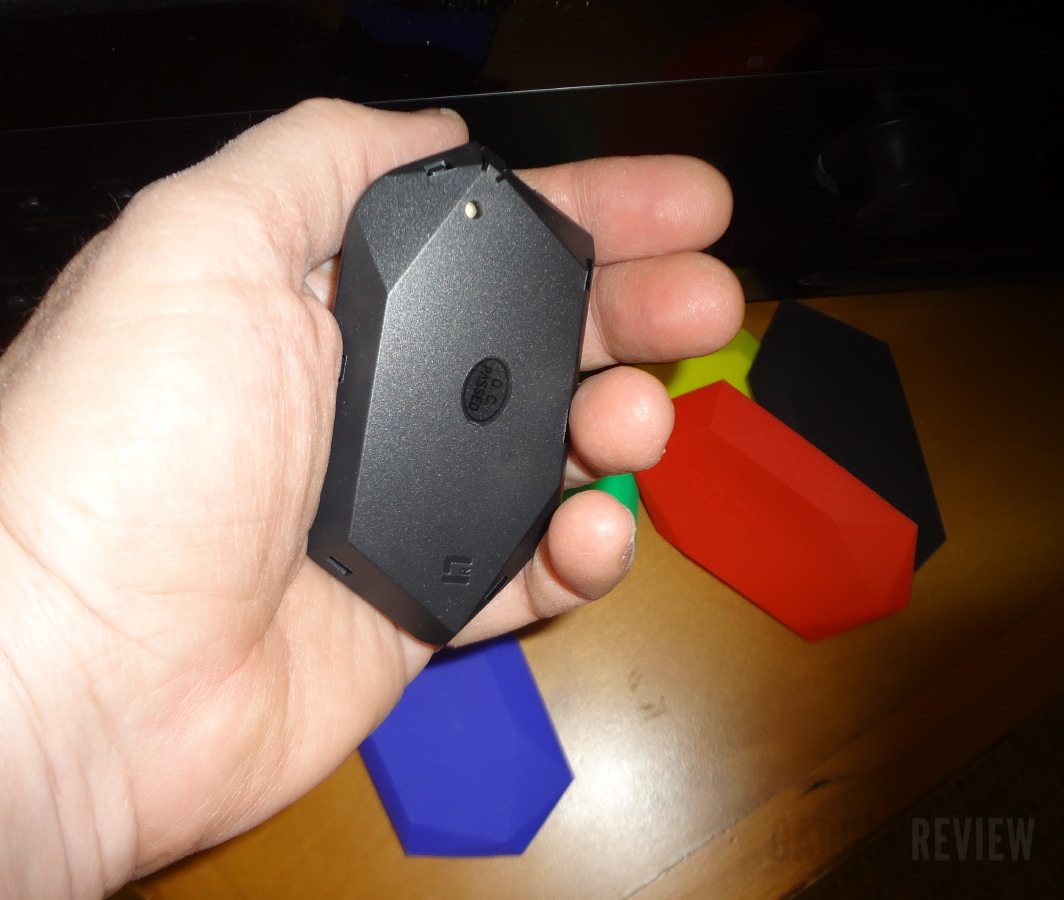 Small and oddly shaped, this little black box can easily blend into the black of any audio receiver. But it doesn’t have to — a series of soft rubbery “skins” (covers) that push on/pull off can cover it. This is less to try and match a maroon receiver as it is to be a show off — greens and reds not found in your average A/V audio device. ROCKI comes with one skin, others are optional, and you choose the one you want when making the purchase.

The ROCKI PLAY is designed to do one thing — receive a stereo audio signal with all the inherent quality it has and transfer it to an amplifier. The technology inside consists of WiFi (802.11N and lesser frequencies) plus two connections on the back (corresponding to the holes in the skins). One of the connections is a micro-USB for charging the internal battery, with the other being an audio stereo mini-jack output. A number of cables are included such as mini-jack to RCA and mini-jack to mini-jack. Basically this means you can connect the audio output from the ROCKI PLAY to a receiver or powered speaker easily. In my case I went with the RCAs to connect to my Sony receiver. But getting back to that micro-USB, it’s for charging an internal  battery that can work for up to 3 hours at a clip (I gave it a recharge at 2 to be safe the first time out). And if it’s plugged into a USB AC adapter (or powered by a USB port on the receiver), then the battery saves its juice until needed. The small indent at the front turns the ROCKI On/Off and there’s a green LED to remind you that it’s working. 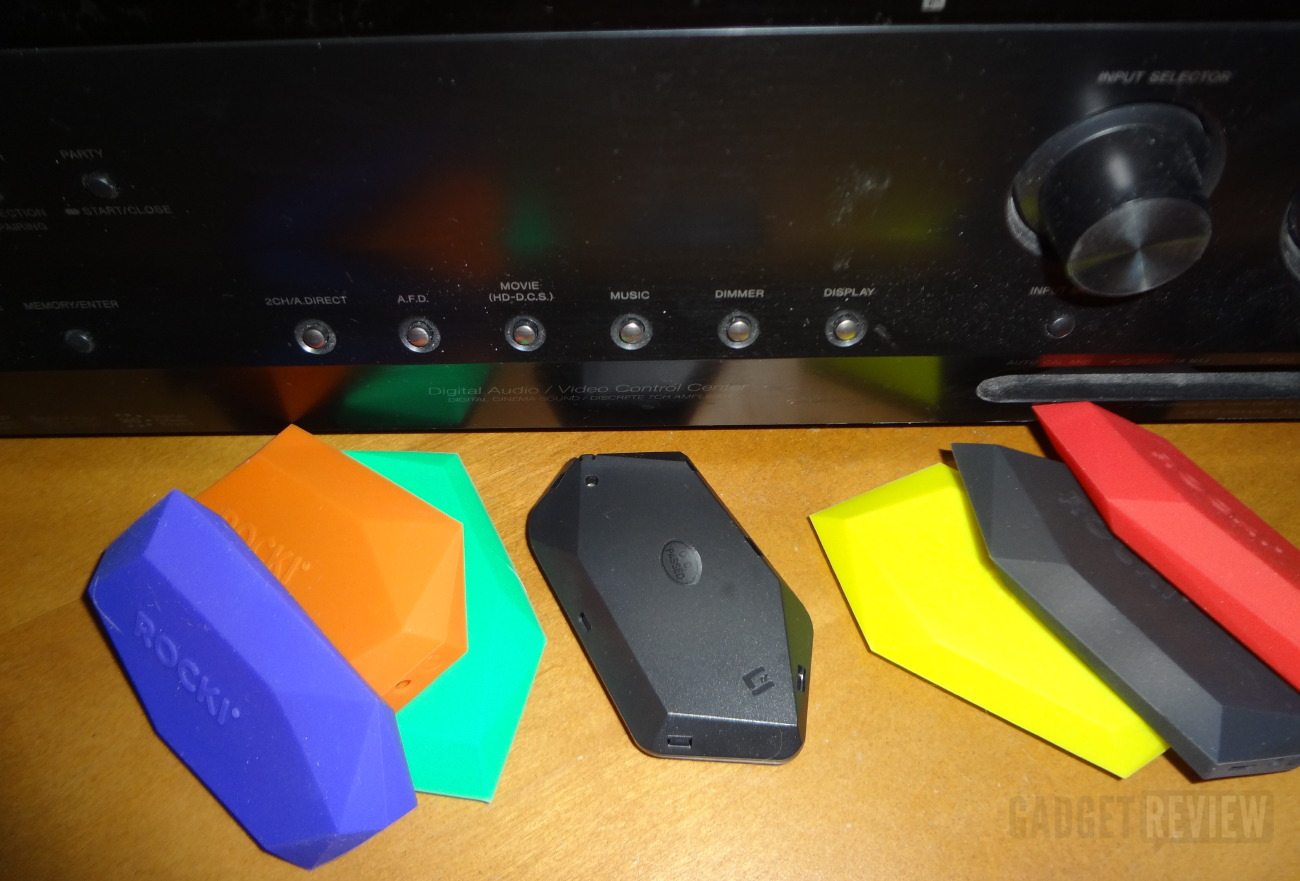 Sending music to the ROCKI PLAY requires an app for Android devices, with the iOS (Apple) app lagging behind to the point of wondering if it is going to come out ever. So since I’ve an iPhone, I connected to the ROCKI directly, configured it through my web browser and then used Airplay to stream the music. Sure an app would be faster, but the main point is that using WiFi means you get a higher resolution of the audio being played — which is, after all, the reason for wanting to use a receiver and a good pair of speakers instead of some rinky-dink Bluetooth box. 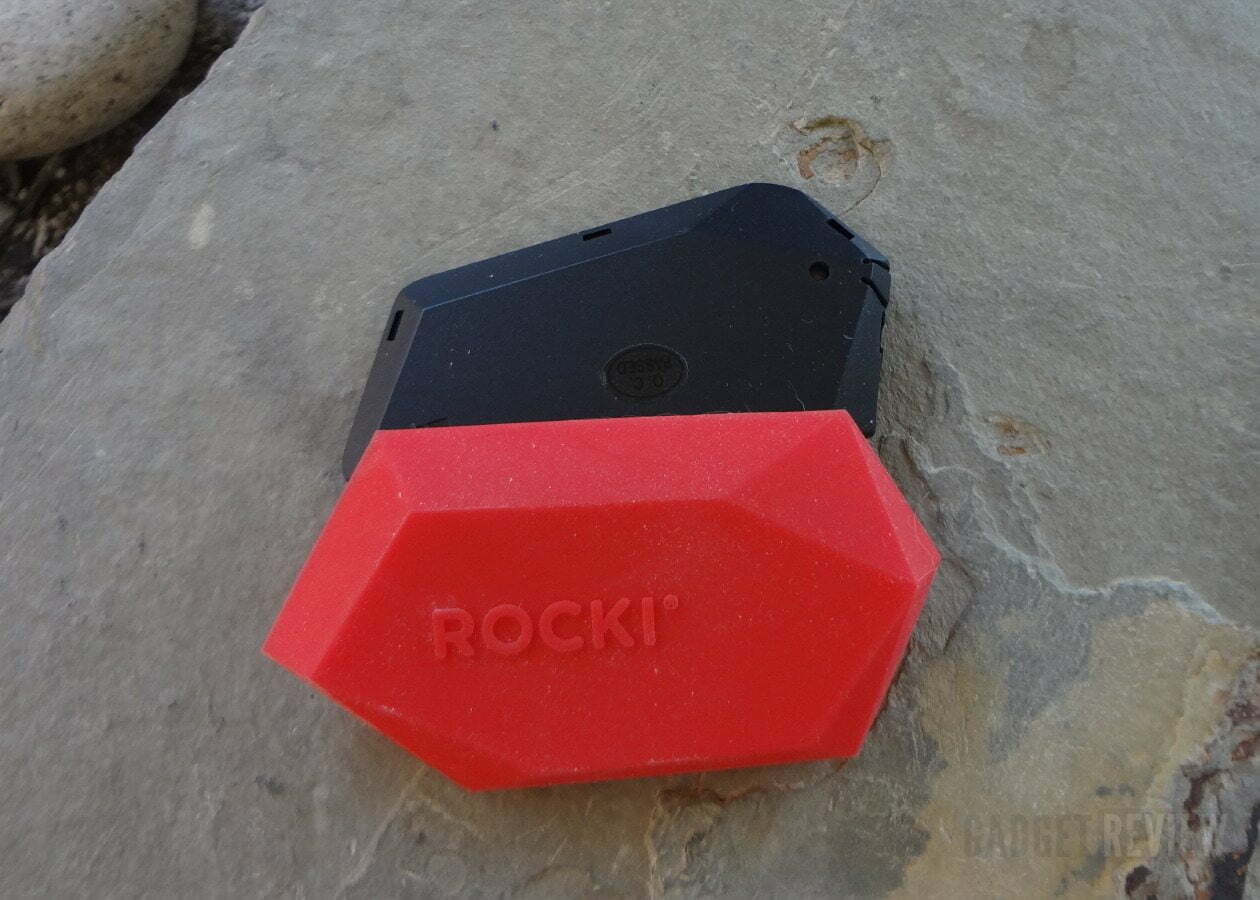 I gave ROCKI PLAY a good test by playing selections from the MYSTERY GIRL Deluxe CD by Roy Orbison. Anyone familiar with the singer’s voice knows that a low resolution reproduction of the audio sticks out like the proverbial sore thumb. I didn’t suffer any of that — as the hi-rez versions of A Love So Beautiful and The Only One sounded the same on my audio system using the ROCKI as when I played it directly through my CD player.  I know that the company says that through the app there are integrated music services and playlist creation abilities, etc., but all I want/expect from an audio transmission device is that it works simply and consistently and doesn’t sound like it’s even there, which is what ROCKI PLAY does. And that’s enough.

Bottom line: ROCKI PLAY is portable in that it can fit in a knapsack or jeans pocket, but its great strength is that it doesn’t care what it’s being connected to: as long as there’s an audio input, it’ll stream music. 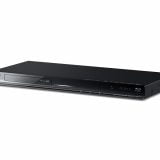 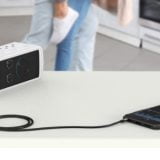 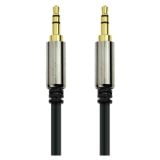 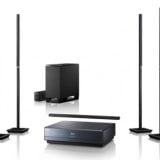 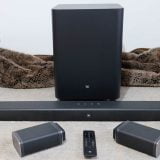