Is this the future of the best desktop computers?

According to reports released this month PC gaming was worth a whopping $36 billion in 2018, which means the trend that some CEOs once called “dead” is doing better than ever. But how do you open up this kind of complicated gaming system to novice users who don’t know their RAM from their RAID SSD configurations? No worries, computer accessories makers have some ideas, like this interesting cube. Or if you just want a generic desktop, take a look at our HP Omni 27 All-in-One PC review. Also, If HP is more of your brand, check out our review on the five HP computers with Windows 7 you can buy today. You may also read our best gaming PC list.

Through compact easy-to-setup options like the AVADirect Avant Nano Cube gaming PC, which offer all-in-one solutions that just about anyone with an internet connection can customize to their exact specifications and get shipped to their house (pre-assembled) in a matter of days. Speaking of compact, check out our Apple Mac Mini vs Samsung Chromebook (comparison). Or, you can get individual parts, like the best computer cases, from separate buyers.

But will the PC’s petite design and moderate power profile be enough to wow former console owners away from their gaming machine of choice? Read on in my AVADirect Avant Nano Cube Gaming PC review to find out. Or, you might want to compare with our Lenovo IdeaCentre Q190 Mini PC review.

Related: If you like this device, you may also read our Alienware Aurora R9 review

Summary: The AVADirect Avant Nano Cube gaming PC is an under-$1,000, entry-level solution for novice gamers who want an all-in-one plug-and-play package that just works the way it’s supposed to straight out of the box. If you want a PC that you can upgrade as you go, check out our HP Pavilion HPE Phoenix h9 gaming PC review.

When you think about a gaming PC, the first thing that probably comes to mind is a big lumbering machine, one that’s brimming with ear-deafening fans and enough RGB LEDs to drive you blind. But the Avant Nano Cube from AVADirect is nothing like that, with all its components crammed into a small, “nano”-sized case that only has one blue LED accent and a tiny window where you can see all the magic inside.

Inside the Avant there really isn’t a whole lot of space to stretch out or add new components, though the video card slot is set up in a way that you could still just barely fit a full-sized GTX 1080 in there if you had to. Also for an all-in-one desktop, check out our review of the Acer Aspire Z5761 all-in-one computer specs and price detailed.

I’ve always been a fan of the smaller, cube-like aesthetic that some PC makers like AVADirect go for with entries like the Avant Nano, as it removes some of the (well-earned) stigma that prospective owners have about gaming desktops being these huge, cumbersome machines that take up half a room once you’ve got them set up. Instead, everything in the Nano Cube is exactly as it should be, installed with precision and perfection exactly to your personal specifications.

From the get-go it’s obvious the AVADirect Avant Nano Cube is a gaming PC made by PC gamers, made no more evident than by the absolute and complete lack of ANY extra unnecessary software installed on top of the base Windows 10 package.

This PC is as barebones as they come when it comes bloatware, and for that alone it deserves all the praise in the world. That said, if you want additional software added to the PC prior to shipping like Kaspersky Antivirus or Microsoft Office 365, AVADirect offers the option to add those on for an additional cost (but won’t shove them down your throat, either).

As tested, we wanted a gaming PC that would just edge up to the under-$1,000 mark without going over it, and we think AVADirect has hit a nice balance between case design, added software, and internal components to make any gamer’s day just a little bit simpler.

Overall the AVADirect Avant Nano Cube performed just in line with what you’d expect for a gaming PC at this price, especially considering its miniscule size. Though we wouldn’t expect much else from a card like the 1050Ti SC 4GB (which is the least powerful of the most recent Pascal updates), it still held up relatively well at 1080p until we threw it in the ring with The Witcher III.

The AVADirect Avant Nano Cube offers up more than enough horsepower to get your standard gamer up and running with some of the latest titles in a matter of minutes, and while it may not be the best choice for 4K gaming hopefuls, it’s still got plenty of power to handle almost all 1080p gaming.

If you don’t need absolute bleeding-edge performance and have a little more than $1,000 to spend on your next gaming machine, the AVADirect Avant Nano Cube is still a solid add to the PC gaming cornucopia of products. 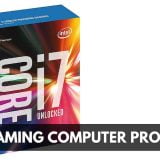 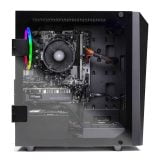 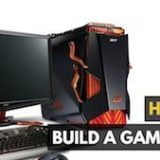 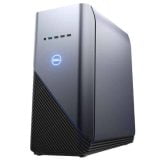 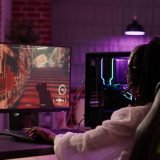 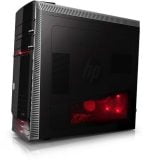