The Federal Trade Commission, otherwise known as the FTC, has been cracking hard on the sheer number of fake product reviews that exist throughout the Internet. Here’s everything you need to know regarding the FTC and fake reviews.

What is the FTC?

It is important to understand what the Federal Trade Commission is and what kind of authority they have before you can learn what challenges they have been posing to fraudulent reviews.

The FTC can make arrests, engage in lawsuits, and inform the public about bad actors in the consumer space.

The FTC is a government agency that states its mission as “protecting consumers and competition by preventing anticompetitive, deceptive, and unfair business practices through law enforcement, advocacy, and education without unduly burdening legitimate business activity.” In other words, they have the full legal might of the United States government behind them, if they choose to use it. The FTC can make arrests, engage in lawsuits, and inform the public about bad actors in the consumer space. This is especially important in the medical technology sector, an example being Hindawi Publishing’s fake peer reviews.

How is the FTC Challenging Fake Reviews?

The FTC has been fairly proactive in recent years to try to stem the tide of fake reviews on e-commerce sites. Here are a few steps they have taken and lawsuits they have engaged in.

The organization recently sued a company that had been rigging reviews for a weight loss supplement, in addition to deceiving consumers as to what was actually in the supplement.

If the FTC has surmised that a company has paid for fake reviews or created fake reviews of their own accord or in any way deceived consumers, they can and will issue a lawsuit. The organization recently sued a company that had been rigging reviews for a weight loss supplement, in addition to deceiving consumers as to what was actually in the supplement. The lawsuit went to court and the company was fined $12.8 million dollars, though that amount will likely change as the case makes its way through the appeals process. The FTC has recently lobbed dozens of similar lawsuits.

Whenever the FTC pursues a lawsuit or makes an arrest, they issue a number of press releases that are readily available on its websites. This information is all-encompassing, with many links to court notes, evidence, and more. In this way, consumers will know what companies to avoid at all costs. As a secondary benefit, the shaming nature of these press releases can potentially warn other companies against engaging in similar shady business practices. That is why most companies are vigilant in curbing these practices, like with Airbnb’s fake reviews system.

What do these cases mean for other marketers?

The lawsuits that the FTC files are primarily issued to penalize the company engaged in shady behavior. However, they also have the added benefit of scaring off marketers and related companies who are thinking of engaging in bad business practices.

Has the FTC warned Amazon?

Yes, the FTC has issued several formal warnings to Amazon as an attempt to get the company’s fake review problem in check. As of this writing, Amazon has taken several steps to rectify the problem and states that only one percent of current reviews are fake.

The FTC maintains a robust web presence with plenty of contact forms so you can communicate with agents if you suspect a fake review on an e-commerce site. They have a phone number as well.

STAT: Amazon estimated last year that “less than 1 percent of reviews are inauthentic” on the site. (source) 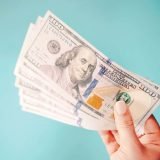 How to Get a Refund When it Says No Refunds 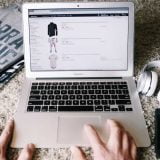 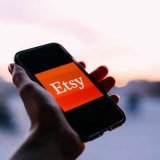 How to Get Reviews on Etsy 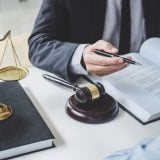 What You Need to Know About Consumer Return Policy Laws 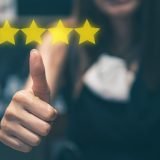 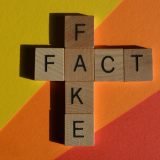