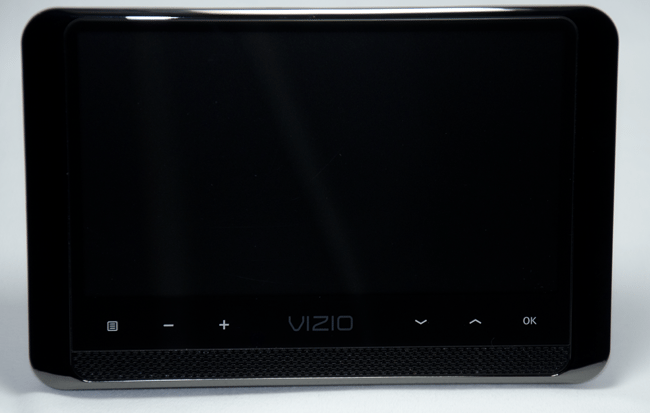 No matter what brand and size of TV you are looking for, check out the display resolution guide to learn more about TVs like the one below. If you’re just looking to display your best digital pictures, take a look at the best digital picture frame too. Also learn how to get the best TV prices.

Who wants a 7” TV? It’s an odd thing to have on a wish list, to ask for as a holiday gift. I mean, this is America! We like things big! Cellphones are getting bigger, movie screens are huge, and we all want a bigger TV set. So why bother with a puny 7” TV, which is even smaller than an iPad, and significantly thicker than the Samsung Galaxy Tablet?

Actually, there are a lot of reasons. In case of an emergency and you need to hear TV broadcasts. When traveling and there is no TV. When power goes out and you don’t have a backup generator. To easily hide your videogame addiction from you mom/girlfriend/whomever. These reasons, with exception to the first, may not be forthright, but they’re all equally viable. I’m sure you can think of plenty of other reasons.

The Vizio 7” Edge Lit Razor LED LCD Portable TV (or Edge for short) isn’t remarkable in any way, and it’s not supposed to be. At just $160, the purpose of the Edge is not to accomplish any one specific thing, but rather to have a myriad of functions and be available should you need it, in case of emergency. That’s how I see it, and in that light, the Edge is pretty darn useful, and a good TV to boot. 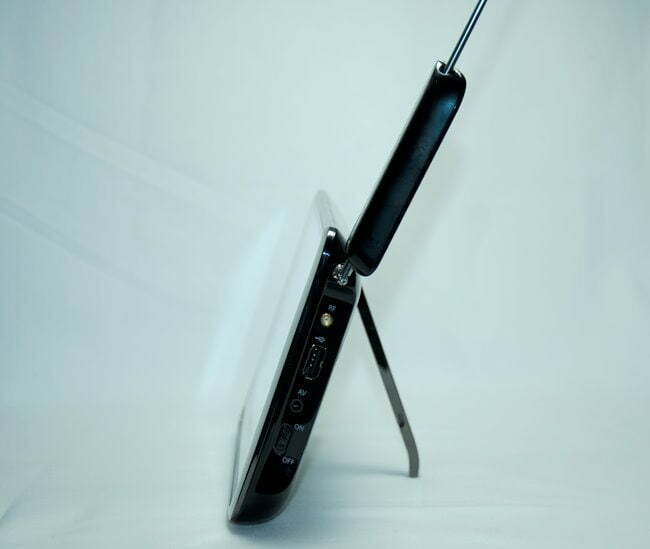 With its 7” 800×480 display, the Edge gets the same resolution seen on recent Android phones, like the Droid 2 and Epic 4G. That resolution isn’t really diminished on a larger screen because it has a good viewing distance of 3-5 feet, though closer than that won’t hurt. I played on the Edge with an Xbox 360, and while the screen is annoyingly small for that, it’s doable. Of course, I recommend comfortable seating if you plan on doing something similar.

What I like about the Edge is the sleek build. It doesn’t stand out, and it’s not uncomfortable to hold. The antenna pops out of the right side to reveal the main ports: RF, USB, AV, and then an on/off switch. That switch does not power on the Edge, instead locking it so it isn’t accidentally powered on when not in use. The antenna spins in every which way and pops out easily. More importantly, it magnetically clamps back into its groove for transport. A kickstand can be pulled out and clicks into place, putting the screen at a nice 15 degree angle. The carrying case is useful for keeping it save when traveling. 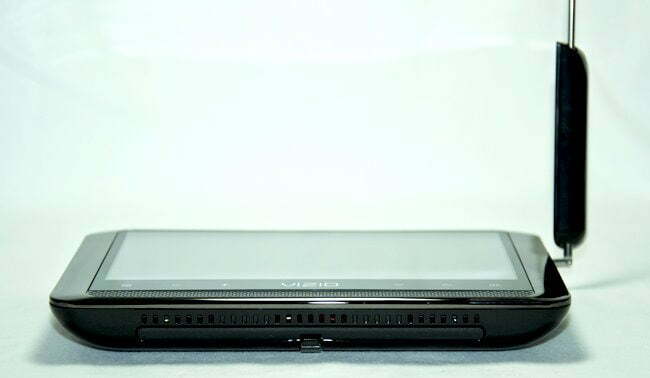 TV functions are, once again, nothing special or out of the ordinary. The Edge is made to work with both the included remote and the touchscreen controls below the screen, which are a tad slow but responsive. Vizio covered all the bases with just six buttons. The rear power button is sturdy. On the left side is a power port and 3.5mm audio jack. Sound from the Edge is…what you’d expect from a 7” TV. Tinny, certainly good enough in noisy conditions, but if headphones are an option, use them. It’s hard enough to get immersed with whatever’s on-screen when the screen is so darn small.

Video quality is pretty good. TV quality, especially over the air, will depend on your service (many of the areas tested in Los Angeles have minimal, if any over the air channels), though I played several movies (through external sources) and videogames on the Edge, and the quality isn’t bad at all. It only suffers due to the screen’s aspect ratio, 5:3, which is in-between the old 4:3 and current widescreen (16:9) video formats. This means most TV and movies have black bars, which strangely isn’t a huge bother. On a screen so small, those black bars are equally tiny.

The Sony Dash, side by side with the Vizio 7″ Edge, from left to right

Besides just being a TV, the Edge also doubles as a digital photo frame when paired with a USB drive. Without any internal memory of its own, the thumbstick is required, and using the Edge as a digital photo frame gives a lot of life to the device for many prospective buyers. As mentioned earlier, I expect a large percentage of interested consumers to buy a screen like the Edge for emergency purposes, so if it can be used all-year round and be equally available during a crisis, all the better. Just remember that it only supports JPEG files.

Battery life on the Edge is dismal, but not unexpected considering the price. I averaged about two hours under standard use, with audio and video playing. It uses a rechargeable battery, so there’s no option for replacing the batteries should no power be available. I’d like to have seen some option to recharge the battery without an electrical outlet, but there is none. 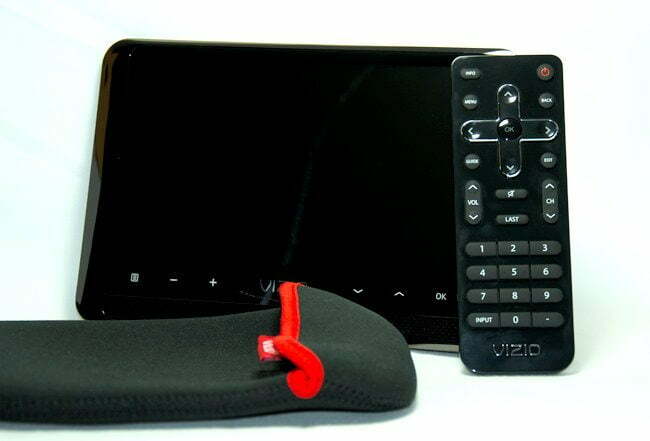 All in all, the Vizio 7” Edge is a very decent TV. Well, for something so small. Such gadgets are bound to disappear soon enough with the proliferation of faster cell networks and enhanced emergency services. But for now, the Edge is a good little TV that doubles as a digital photo frame, for a very reasonable price. Just don’t buy it for a holiday present…unless you know the recipient is paranoid enough to like it. 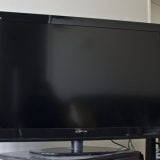 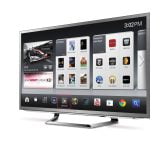 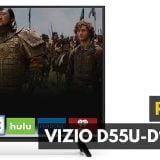 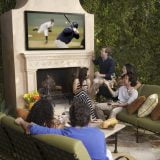 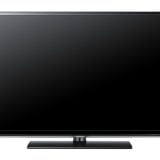