Light leaking on your monitor edges is not only annoying but can also be distracting for gamers. Backlight bleeding is a monitor defect in modern monitors where the light source is shining through the screen edges. This defect is commonly caused when the backlight in a monitor is not completely sealed off due to poor quality control or manufacturer design issues.

Backlight bleeding is a display defect that commonly occurs in LCD screens that use a light source from a panel. This panel should ideally block excessive light that is not required when displaying a picture or video on the screen.

Sometimes, not all the light gets blocked by the panel, leaking out to the edges of the frame. This phenomenon is called backlight bleeding. Backlight bleeding can appear in the following ways:

Clouding is when irregular patches of light are visible when on a full black screen. This kind of backlight bleed is common with larger monitors.

Unlike your common backlight bleed or clouding, an IPS glow occurs in IPS monitors. An IPS glow manifests as a faint glow visible in certain angles, especially when watching dark content. Depending on the type of panel, the IPS glow is unavoidable but tolerable. The glow is visible in corners.

How to Test for Backlight Bleed

How to Fix a Backlight Bleed on a Monitor

Before you perform this task, make sure your monitor is turned off. Give it a few minutes to cool off.

If you perform all the steps above and the backlight bleed persists, let your monitor sit for a day. If the bleed is still visible, repeat the above steps. The bleed should eventually fade away.

Warning: Before you perform this task, make sure your monitor is turned off. Give it a few minutes to cool off

Revenue on PC monitors segments amounts to about $3M in 2021. The PC monitor market is expected to grow annually by 0.73%. Globally, most of the revenue is generated in China (Source).

What Is Backlight Bleed On Monitors FAQ

Can backlight bleeding go away?

Yes. Mostly, pressure-related backlight bleeds will go away by themselves.

How can I prevent a backlight bleed?

First, you’ll need to loosen the screws on your monitor, Twist the frame, and switch it on. If the bleed isn’t gone, use a microfiber cloth and gently rub sections where the bleed appears.

Backlight bleeding is a monitor defect that appears when there is a deviation of the alignment. It occurs when light from your monitor escapes from the screen edge.

How is much backlight bleed acceptable?

It’s important to note that a bit of backlight bleed is normal, especially if your brightness is 100%.

Does backlight bleeding get worse?

Yes. Backlight bleeding on a monitor can get worse over time. 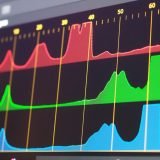 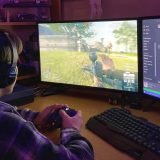 Is G-Sync Worth It? 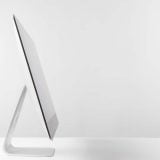 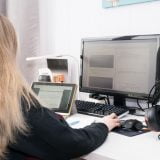 My Monitor Keeps Going to Sleep While Gaming: Problem Solved 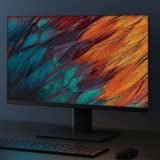 How to Fix Black Bars on Side of Monitor Guide 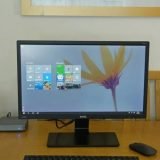