Unless you’re well versed in the world of connecting computers, monitors, and everything in between, you might not be familiar with some of the essential details such as which cables are necessary to connect all of the key components and which ports to use. In particular, DVI cables are a popular choice for supporting monitor displays. Learn more about DVI cables, and how they differ from some of the other options you might discover when setting up your favorite computer monitor.

DVI stands for a digital visual interface, and as the name suggests, it allows visual content to be displayed on a monitor. It relies on a digital signal to transmit and display video content in high quality. However, with the advent and rapid adoption of HDMI, DVI is also considered something of a legacy connector. These days, they’re a standard but older video interface used on many LCD monitors. It’s especially ideal for older displays that are 144 hertz at 1080p.

Even though DVI is no longer the brand standard for visual display connections, it’s still useful since it can support both digital and analog signals. Plus, as the first widely used digital display technology, it serves as a basis for newer technologies that would go on to replace it.

So it’s the same as VGA?

Although DVI is considered an older display technology and has connections and ports that look similar to VGA, they’re not the same. One of the biggest differences is the supported signals.

Warning: Although DVI is considered an older display technology and has connections and ports that look similar to VGA, they’re not the same

Whereas VGA relies solely on analog signals, DVI uses a digital signal but can also support analog. As if that’s not enough of a distinction, DVI cables can be hotplugged and VGA cables cannot. Additionally, DVI was the technology that replaced VGA display outputs.

Why DVI is Limiting

One of the main reasons DVI is no longer considered the premiere display technology is because it’s limited solely to visual content. In contrast, HDMI and many other types of display technologies can transmit both audio and visual content. The ability to streamline connections and reduce the total number of cables needed make other technologies more attractive. But older monitors will still support DVI connections.

Warning: DVI is no longer considered the premiere display technology is because it’s limited solely to visual content

Why DVI is Still Relevant

To be clear, DVI is no longer the standard for display connections. But there are scenarios where this slightly older technology still shines. Specifically, DVI provides a higher frame rate when working with displays that are 1080p.

In this particular case, DVI outperforms HDMI connections. This is especially important for people that are gamers. More importantly, on 1080p monitors, DVI offers a sharper, clearer picture which again proves why this technology is still relevant. For this reason, you’ll find that most computer monitors still offer DVA ports, alongside HDMI.

Digital Visual Interface (DVI) is a video display interface developed by the Digital Display Working Group (DDWG). The digital interface is used to connect a video source, such as a video display controller, to a display device, such as a computer monitor. It was developed with the intention of creating an industry standard for the transfer of digital video content. (Wikipedia)

What are DVI Monitor Cables and Ports FAQ

What is a DVI port on a computer monitor?

DVI is a digital video interface display that can run both analog and digital signals to display images on a monitor.

Is a DVI cable better than HDMI?

It depends on what you’re trying to display. For gamers with 1080p displays, a DVI cable can provide faster refresh rates and a better image in terms of clarity and sharpness.

Can you use DVI and HDMI for dual monitors?

It is possible to use both technologies as long as you’re using dual monitor cards that support both connections. 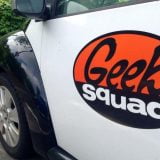 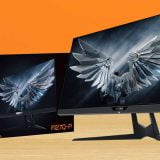 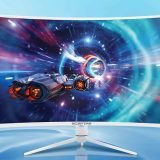 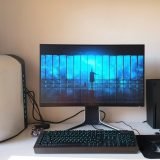 How High Should My Monitor Be For Gaming 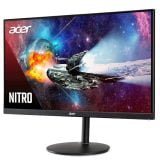 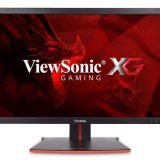