Understanding Contrast Ratio On Your Monitor

If the games you play and movies you watch on your best computer display, HDR monitor, or HDTV seem a bit washed-out or not as detailed as they should despite high resolutions and high-end settings, you might want to look into adjusting your contrast ratio.

What is Contrast Ratio?

Contrast ratio (which we’ll refer to here sometimes as “CR” is defined by the range between the luminance (brightness) of the brightest white and the darkest black that any given monitor or tv can display. More technically speaking, luminance is a number used to measure the intensity of light present on any given surface, as expressed in candelas per square meter (ced/m²)- more commonly referred to as “nits.” The contrast ratio of a display is determined by measuring the luminance of white and black and then calculating the ratio between the two extremes. If you’re conscious about your eye health, check out our guide on the best monitor settings for eyes.

It’s particularly noticeable in dark scenes in a game or video, where shades of black will be a prominent part of the image, but it makes a huge overall difference in image quality and sense of detail and depth regardless of the image, and it’s a concept a lot of people aren’t aware of. Luckily, Windows, macOS, and most modern displays all offer plenty of calibration options to ensure that you’re getting the best contrast ratio possible for your system, like the quality contrast you can see on an HDR computer monitor.

Contrast ratio is generally expressed in product descriptions of most HDTVs computer displays using the default value of 1000:1- that is, a range of approximately 999 nits between the blackest black and most luminous white a display can generate at default settings. Here, default settings would be defined as brightness= 50, contrast= 50, and gamma (if offered) = 50- both in the native display window, with high contrast mode set to off if using Windows 10.

In terms of CR numbers, the higher, the better, so it’s good to look for numbers of anywhere from a fairly standard 1000:1 to an exceptional 3000:1. There is, however, a caveat here- if a product is described as having a contrast ratio higher than 3000:1, it’s most likely purely a marketing gimmick, and not really a noticeable or effective ratio.

Tip: if a product is described as having a contrast ratio higher than 3000:1, it’s most likely purely a marketing gimmick

As ever, though, you should trust your own eyes before anything else. If you happen to be shopping for a new television or display in-store, take the time to check the contrast ratio between products, and test settings while you’re at it. Due diligence in this regard will pay off.

Lastly, a factor many don’t consider when purchasing a new display is ambient light– or the light in a room or space falling directly on the display. This will have a real impact on your perception of contrast and is something you should consider when hunting for a new monitor or HDTV. If you want to learn about more monitor setting guides, check out how to fix input lag on a monitor.

The average contrast ratio of computer monitors is 1000:1

Why is the contrast ratio important?

When its range of black and white is larger, a display is able to produce deeper and more detailed shadows and brighter, more vibrant light, creating a significantly more "real" feeling image with more perceptible detail and overall fidelity.

What does contrast ratio mean?

The contrast ratio on a monitor or television display refers to the difference in luminance between the blackest blacks and the brightest whites the display is capable of displaying. It does not, generally, refer to display settings in an operating system.

What is Dynamic Contrast Ratio?

Simply put, it's largely a newer marketing term used by manufacturers to boast exceptionally high CR numbers, although these numbers usually do not represent a significant or perceivably large boost in color depth or overall image quality. 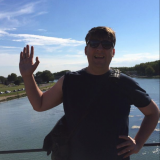 What is a 4K Monitor?