Super Smash Bros. — already one of Nintendo’s best games — has been made even better for the Switch. Gamers can still feel like they’re playing the Smash of old while exploring new characters (100 total, to be exact) and exciting new game modes. It’s no wonder Smash Bros Ultimate receives the ultimate review at the top of our best nintendo switch games, beating out popular titles in our Mario and Rabbids Kingdom review, Witcher 3 Wild Hunt review, and Ni no Kuni review.

Why We Like It – Super Smash Bros Ultimate review

Playing Smash is always fast-paced, so gameplay performance really matters. As usual, the gameplay in this latest Smash game is smooth. Nintendo has improved fighting mechanics between characters in gameplay as well, like with the new Balloon Knockback dynamic that kicks-in whenever a character is hit. The character flies explosively in the air and then slows down as it gets farther away. Detailed touches in gameplay have improved performance so it feels like the Switch was built just for this game (maybe it was, given the huge performance upgrade from the Wii U gameplay).

Just like it did with Super Mario Odyssey, it feels like Nintendo really focused on developing Super Smash Bros for its core fans. Smash Ultimate still includes Classic Mode, Special Smash, and Home-Run Contest from previous games so you can still play Smash with your friends like you used to. It improves on its design, though, by adding several new exciting game modes, like Smashdown, Squad Strike, and Spirits.

Spirits Mode is one of the biggest changes in game design. Spirits are power-ups that players can equip to characters to give them extra boosts during competition. You can collect and earn them through gameplay, similar to how players did with trophies and stickers from previous versions of Smash Bros.

In addition to changes in game mode design, there are many more playable characters and new levels available to players (in addition to longtime favorites). The addition of the new fighters definitely adds excitement to the sacred experience of choosing your character before battle.

There have never been as many Nintendo Characters and third-party characters all in one game, so that alone adds a ton of value to Super Smash Bros Ultimate. As far as video games go, the variation of game modes is superb. With an abundance of single player options and single player modes, you can enjoy Smash Bros for hours on end by yourself. Of course, Smash Bros games are very social, and Smash Bros Ultimate is no exception with seamless multiplayer online play and the usual in-person multiplayer capabilities. It definitely gives Animal Crossing a run for its money in terms of its social gameplay experience.

All the new game modes smash the mark in Smash Bros Ultimate. Considering the expansive gameplay options and new characters and levels to keep things fresh, Super Smash Bros is not only a top game for the Switch, but one of the best Smash games of all time. It easily competes with games like Super Mario Odyssey, Animal Crossing, and Mario and Rabbids Kingdom to be the best of the best for the system. Among them all though, you’ll have the most fun smashing the controller for Smash Bros. 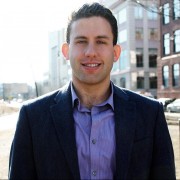 Noah has a special ability to discover stellar new products (read: spends hours online shopping), especially if they help people create, watch, listen to music, and improve quality of life. Based in Los Angeles, he’s worked with several global social apps and is the creator of nonormal.life and White Spot Studios.

Paw Patrol On A Roll Review
4 weeks ago