What is WPA/WEP on Printer

The internet is a wonderful place, but it’s also full of plenty of unsavory folks who would like nothing more than to gain access to sensitive information. And while most people think that data breaches happen through email or website hacks, your printer can also serve as a point of access. Any device connected to a wireless network can turn into an entryway for hackers. Learning to safeguard your printer and enact a few safety protocols can help reinforce your wireless security and help you avoid becoming a victim.

Understanding the Importance of Wireless Security

Most people feel confident that their data is secure when they browse the internet or use their smartphones. But as we mentioned earlier, determined hackers know that every device you connect to a network increases the likelihood of you having weakened wireless security. When doing the initial setup process of HP printers, you will be prompted to enter your WPS PIN. A WPS pin on a printer is generated when you create a wireless connection between your devices and your printer.

Every device you connect to a network increases the likelihood of you having weakened wireless security.

This is because often people never change the default password for their modem or router. And the same can be said for printers. Most printers that support wireless connections feature an administrator control panel. When you first get the printer, it comes with a default password.

Failing to change the password can open you to what’s known as a brute force hack, where a determined criminal simply continues to enter common passwords until something finally works.

Coupled with a printer that doesn’t have document encryption activated, hackers can access other connected devices, download sensitive information, or worse, once inside your printer.

The Evolution of Wireless Security

Depending on your printer manufacturer, you might have access to one or more wireless security protocols. The most common options tend to be WEP, WPA, and WPA2. These protocols also support data encryption and prevent unauthorized access to your printer. This means that even if a hacker does manage to infiltrate your printer, they won’t be able to access any files left in the printer’s history. Also, suppose you are not aware of the regular printing paper sizes. In that case, you can read this article and learn more about the different categories like the North American and International Standard.

The most common options tend to be WEP, WPA, and WPA2.

WEP, WPA, and WPA2 are encryption protocols that provide an added layer of security for your printer — or other devices — when connected to a wireless network. However, they all operate in slightly different ways.

First created in 1999, Wired Equivalent Privacy (WEP) works by using a password to make a static encryption key to send encrypted data wirelessly. Initially, people believed it was as secure as using a wired network — hence the name.

However, because it relies on a static key, it uses the same key for all data transmitted. Unfortunately, this means that over time, even a mediocre hacker can eventually guess the password and get into your printer, or other devices. Note that older routers or printers often might still be set to WEP as their default security protocol.

Because WEP ended up being a fairly porous security protocol, Wi-Fi Protected Access (WPA) was invented. As compared to WEP, WPA relies on temporary encryption keys to send information packets.

The biggest benefit of this is that every information packet has a new unique key, which is harder for hackers to infiltrate. And in many cases, WPA protocols ensure that your router or other devices will reject information packets that are sent out of order.

The Transition to WPA2

As great as WPA was, it was only intended to serve as a stop-gap to fix the glaring security holes created by WEP’s reliance on a static encryption key. Eventually, in 2006 WPA2 was created and is now the mandatory protocol for Wi-Fi devices.

As compared to WPA, WPA2 uses a government-level security encryption protocol that relies on the Advanced Encryption Standard (AES). To date, AES is considered uncrackable, and WPA2 is considered a very secure protocol.

Good printer security begins with your router. If you haven’t already, create a strong password and stop relying on the default password that came with it. The password should be at least 20 characters and include both upper and lowercase letters, numbers, and special characters.

Whenever possible, home users should select the WPA2-Personal mode. This means that you have a special password created for your router. Only people with that password will be able to access your router or wireless network.

Other tips that can improve printer security and reduce vulnerability include the following steps that can be managed from your printer’s control panel:

Moreover, if you have issues with printer security, try resetting your printer first. All printers generally come with security nowadays, and this includes MFP printers.

How do I find the WPA WEP for my printer?

How do you find the WEP key?

Usually, WEP (or WPA) keys are stored in your wireless router’s settings. You should see an online portal that allows you to access that information through the security tab on the settings page.

How do I know what type of security my WiFi has?

Accessing the Wi-Fi connection settings allows you to determine this through a mobile device. Once you select your wireless network from the available list, you can tap the network name to view the configuration settings.

STAT: In cryptography, a brute-force attack consists of an attacker submitting many passwords or passphrases with the hope of eventually guessing a combination correctly. The attacker systematically checks all possible passwords and passphrases until the correct one is found. (source)

STAT: This static key becomes a big problem with security because a key that doesn’t change is much easier to attack than one that is constantly changing. WEP is not a “wired equivalent,” as its name suggests; it can be cracked in less than a minute by a commonplace hacker. Unfortunately, a lot of older routers have WEP as their default choice. (source) 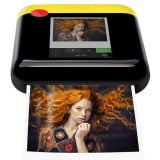 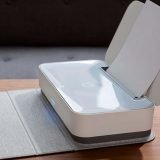 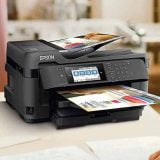 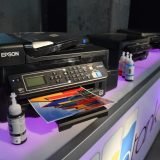 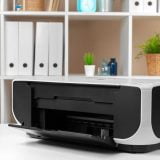 How To Secure Your Wireless Printer 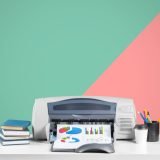 How to Clean Printer Nozzles