A laptop screams convenience as an on-the-go device that fits as comfortably under your arm as it does inside a backpack or carrying case. However, a laptop falls short in the viewing area department –the “real estate” provided by the screen. This creates the dilemma of having to pick and choose which applications to leave on the screen and when so as to avoid overlapping windows. Those with desktop PCs can obviate this problem by adding a second monitor. But having to lug a monitor around with the laptop, not to mention needing an AC outlet, sort of ruins the whole “portability” idea. Speaking of desktops, check out our review of some of the best computer monitors around.

A foremost portable monitor is exceedingly helpful, especially if you travel often. In that case, you need a portable that also maintains your privacy, as you’ll find in our review of the HAIWAY 10.1 inch security monitor.

So, you don’t need an AC outlet if you’ve got one of the new breeds of USB-powered LCD monitors. AOC presents its 16-inch, LED-backlit monitor as a lightweight addition to a laptop’s screen at a mere 2.5 pounds. But the best part is the loss of the power adaptor — the AOC monitor gets both its data connection and its power directly from the laptop’s USB socket. It may be one of the best computer monitors for work, especially if you travel a lot.

While resembling a tablet from the front, don’t be shocked to find that there’s a great deal more depth to this monitor compared to that of an iPad or Android tablet. Part of that depth consists of an embedded tab that pulls out for standing the monitor upright: the tab rotates for use either horizontally or vertically. And sensibly there are rubber tabs attached which both indicate which way is up as well as provide protection from scratching the surface underneath it. But since there’s no protective case included, even though the screen is glass, it could get scratched if mistreated. I would recommend getting a tablet carrying case for it as a safety precaution (you have one for your laptop anyway, right?). 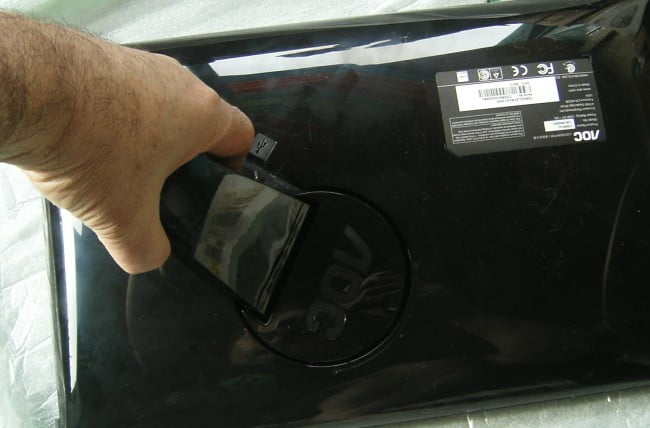 The finish is a flat black, although looking at the screen while holding the monitor might cause some to think there is a very glossy finish. This is misleading, since a glare-resistant coating is touted as one of the features. In general use, complaints about glare will be minimal, if at all.

The rest of the contents consist of a moderate-length USB cable (one end being the mini-USB plug that fits into the very unobtrusive socket on the monitor’s back, behind the pull-out tab), and a CD that installs the device driver into a PC. Note: it’s always a good idea to check out the manufacturer’s website’s “Support” to see if there might be an updated driver to use rather than the one that has been burned on disc. Since the Mac driver is only on the website, if you don’t go there, you might not think it works with an Apple computer (it does).

So after you installed the driver and rebooted, it’s just a matter of placing the monitor next to the laptop and connecting the two ends of the USB cable to their respective USB sockets when you want to use it (note: you’ll be connecting the monitor to the PC during the installation process as part of the procedure so it might already be connected). Should you be using a device, which has a low-powered USB output (unlikely these days), the second USB plug at one end of the cable will have to be inserted into a second USB socket. [AOC recommends attaching the monitor prior to turning the computer on, by the way] 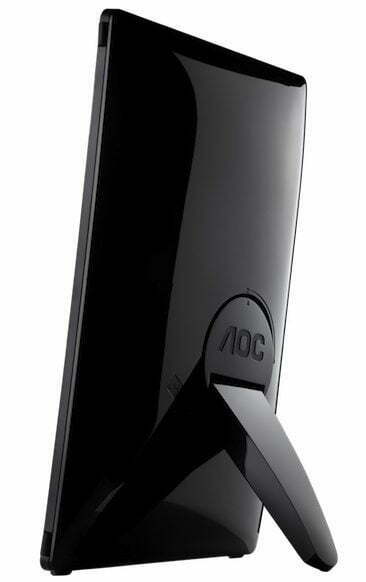 With the laptop now active, the monitor now comes to life. At this point, you’ll want to decide whether to “mirror” what is being seen on the main screen, or use it as an extended monitor. Setting this and other aspects of the monitor is done through the display options inside the PC laptop’s “Screen Resolution” (the monitor tops off at 1366 x 768 pixels). You can orient the monitor for “portrait” or “horizontal” viewing. Later you can access the settings through an icon in the System tray, using XP or Vista, or through a keypress combination using Windows 7 (with Macs, a simple but dissimilar procedure applies to activate the monitor).

The monitor’s performance is somewhat dependent on the graphic card and processing power of the attached computer — no surprise there — but while you can use it in a similar manner to that of the main screen, its comparatively lower resolution could be disappointing to some. Certainly, if you use it for static imaging and other applications where motion and detail are less prevalent, it’ll work fine (say thanks to the internal processing chip inside aiding in the processing of what is being displayed). As an example, I’d keep word processing on the main screen to avoid eye strain and let videos play on the AOC. I didn’t encounter any screen refreshing issues that were visible to the eye, or any “flicker” or image smearing over a period of extended use. The high dynamic contrast ratio (50,000:1) is a far cry from the puny, early days of LCD and is extremely helpful when using a small monitor such as this one.

A final issue is that of the power drain derived from an extra monitor. Obviously, the monitor will decrease the usable battery powering a laptop — unless it’s plugged in for power — but just how much depends on factors ranging from the charge of the battery, the kind of applications being run, etc. In general, it’s fair to say that the battery drain should be considered and noted over time as the monitor is used so as to avoid any unpleasant surprises.

Bottom Line: Having a second monitor provides more “real estate” when using a laptop, as well as allowing for better segregation of applications in use. The lightweight nature and lack of power brick that is the standard of the AOC USB monitor, and this new breed of portable monitors in general, makes it well suited for traveling with you whether across the globe or in a coffee shop or bedroom. 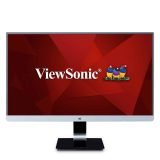 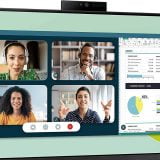 Best Monitor with Webcam in 2023 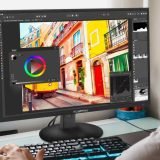 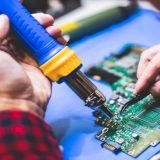 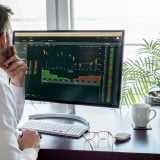 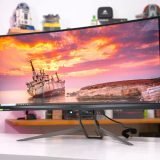