LG has announced its first Door-in-Door refrigerator that will be shipping in 2015, which will be unveiled next week at CES in Las Vegas. The new model, which is Model LPXS346C, will take the award-winning door-in-door concept from LG to the next level, taking the organization of your food to a new level of satisfaction. You may also like the Frigidaire Gallery 22.6 Cu. Ft. Frost-Free Counter-Depth French Door Refrigerator – Best French Door Refrigerator Under 2000.

The LPXS346C will likely be ENERGY STAR certified (then again, what new fridges aren’t), and it will have two independent Door-in-Door compartments, making the items in the doors of your fridge easily accessible from the outside with the simple push of a button. Since you aren’t opening the entire fridge, cold air loss is significantly reduced — LG says by up to 47 percent — which saves energy costs and helps keep your food fresh longer. The fridge also features tempered glass over the curved glass, and the outside of the fridge is smudge and fingerprint resistant.

“Our Door-in-Door has been without a doubt one of the most popular design features we’ve ever introduced,” said Seong-jin Jo, president and CEO of the LG Electronics Home Appliance & Air Solution Company. “With the introduction of the new Mega-Capacity Door-in-Door™, we’ve taken this popular feature and created an even better refrigerator. With this model, organizing food takes on a whole new level of satisfaction.” What is a Counter-Depth Refrigerator? 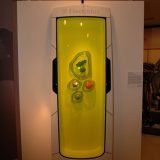 Bio Gel Fridge Gets Built…Sort Of 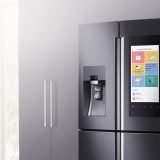 Samsung Family Hub Smart Fridge is Affordable…But Will It Sell? 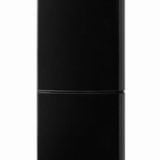 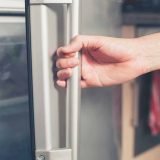 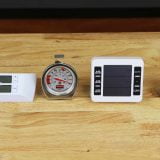