If you’re planning a serious backpacking trip, you know how important a well-cooked meal is for morale and energy. So, having a portable stove is ideal. Of course, it also needs to be incredibly efficient; you very well can’t carry a ton of fuel canisters. It also needs to be versatile, a tool within a tool. The best backpacking stove companion that fits the bill is the Jetboil MiniMo. It’s why it’s needed for the best camping gear for any trip. Ingenious design, fast boiling times, and incredibly efficient, the MiniMo offers one more reason why the Jetboil is unique and perfect for serious campers.

Most canister stove systems have two settings: simmer and boil. Not so with the Jetboil MiniMo. The success of its system comes from its simmer control, one that allows for the light simmer, a rolling boil, and two heat options in between. It’s a better system for boiling water or cooking a variety of foods. It also makes it far more fuel efficient than, say, a Coleman Camping Sportster Backpacking Stove. Boil times can vary, depending on the setting, but the shortest was about 2 minutes for half a liter.

The Jetboil MiniMo impressed us further through its design. This isn’t your typical integrated canister cooking system. Rather than attach your own pot, the Jetboil stoves come with its own attachable cup. It’s much smaller than the Jetboil Flash, but better suited for eating out of. What makes it so special is that the cup is where you’ll be doing your cooking. Its lid has built-in tools such as metal handles, a cutout for drinking and hole punches for straining. Who doesn’t like pasta in the wilderness, right? It’s versatile and portable, packing everything into its cup, similar to the Coleman Camping Sportster Backpacking 1 Burner. What it lacks, however, is support for other cookware. That’s a separate tool.

Related: If you’e not feeling Jetboil’s stoves, then check out our MSR PocketRocket Stove review.

The Jetboil MiniMo has a pretty steep price tag of $150. Toss in the non-renewable fuel canisters you have to buy to use it and you might have several feet of a receipt. Is it worth it? Absolutely. It’s expensive, though cheaper than the MSR Reactor, but the Jetboil MiniMo is your one-stop gas canister stove. Simply having one sets you up for add-ons that you can purchase down the road, like a java maker and alternate cookware support. Its performance is hard to beat, but if price is an issue, the MSR PocketRocket Stove is a great alternative.

The Jetboil MiniMo is such an excellent companion to have. Its ingenious design holds tools within tools. It can boil half a liter of water in 2 minutes, and the control valve provides more than simmer and boiling. It’s a bit pricey, but worth the pretty penny simply because it opens you up for other accessories. 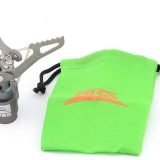 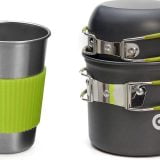 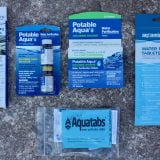 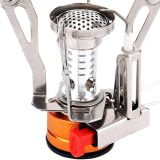 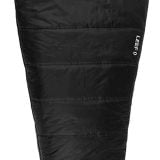 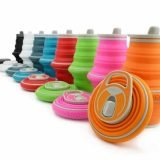 The Hydaway Bottle Is Compact And Portable Hydration