HP Pavilion Gaming Laptops are, to be completely honest, a little odd. While they are definitely a best gaming laptop for Fortnite thanks to their mid-level GPU and consistent frame rate, more graphically intense games may falter. But then the CPU and RAM are so powerful that you can play three games of Fortnite at one time while streaming a 1080P YouTube video. Most beginner gamers would consider this option as one of the best gaming laptops. 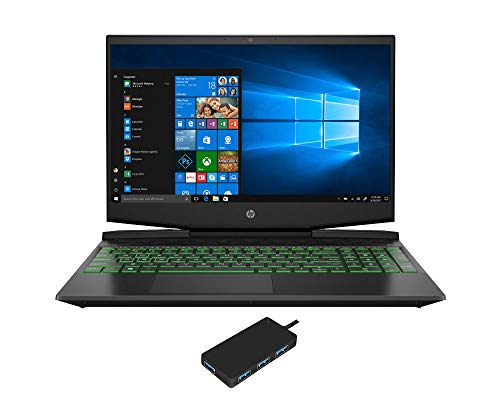 The HP Pavilion Gaming Laptop is a powerful laptop that can play low to mid level games fairly competently, The GPU is good enough to play most casual, less graphically intense games and the combined powers of the CPU and RAM can smash through any obstacle without even blinking.

The HP Pavilion Gaming Laptop contains an Intel Core i7 processor, an Nvidia GTX 1660 Ti Max Q GPU, 2TB hard drive, and an astounding 64GB of RAM. The laptop may earn the distinction of having the highest hard drive we’ve seen on a laptop. The CPU and RAM also means the laptop can absolutely obliterate anything in its path without slowdowns. If you’d like a better GPU for high end gaming performance, check out the Alienware New M15. In case you want to start off with a gaming laptop that features an Intel Core i5 and 8GB RAM, read our HP Pavilion X360 gaming review.

Gaming laptops have always had a bad reputation when it comes to battery life. Laptops like the MSI GS65 Stealth Thin can run for about four hours which is average for gaming laptops. The Hp Pavilion doesn’t have this problem. At seven hours and forty minutes it blows most of its competition out of the water. It’s not the highest battery life we’ve seen on a laptop, but it’s still very impressive.

The Hp Pavilion sports a healthy amount of ports and connectivity options. On the left is an HDMI port, a USB 3.1 Type-A port, an Ethernet port, a USB C port, and an SD card slot. The right side has two more USB 3.1 Type-A ports, an audio jack, and the connector for the coat-pocket AC adapter. Combine this with the new Wi Fi 6 and you’ll have a portable gaming machine. There’s no Thunderbolt 3 port, so see the Acer Predator Triton 500 RTX 2060 if you need one.

The HP Pavilion Gaming Laptop is average-sized for a 15.6 inch laptop, but at just under five pounds, it is at least lightweight and easy to carry around. The keyboard layout is really more about preference than anything else as the arrow keys are in a line and not in a ‘T’ formation like other keyboards (an HP specialty). But the keyboard is backlit in all one color with no customizable RGB backlighting available. A slightly similar laptop you could also look at is featured in our HP Pavilion gaming laptop 15 6 review.

While the display is in 1080P, the colors do look just slightly bland, but still good enough to play your games on without worry. The biggest downside to the screen is the 60Hz refresh rate. Compared to the 144Hz of most of its competitors (and some even have higher) this is just unacceptable. However, the laptop can at least maintain a consistent 60FPS, so there’s some light at the end of the tunnel.

There are still a few things missing that make the HP Pavilion Gaming Laptop attain a level of greatness. If you can somehow upgrade the GPU, do it. But the lack of a customizable RGB keyboard doesn’t scream gaming laptop to anyone. And with a laptop as powerful as this one you’d think they would want to do that (especially for the price they’re charging). 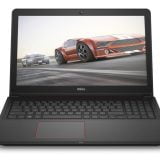 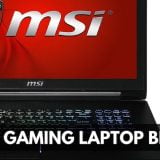 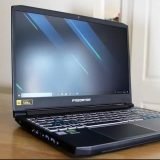 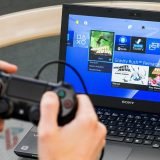 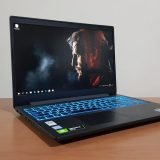 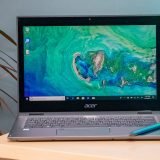