Many modern printers can effectively handle making copious amounts of photocopies, effectively removing the need to head to a copy shop. Now, this is not the same as scanning a photo from a printer to a computer. That’s a different article.

What Printers Can Make Photocopies?

Only printers with a dedicated photocopy function can handle making photocopies. In most cases, you will want to choose a multifunction or all-in-one printer, otherwise known as an MFP. However, some traditional printers can handle simple photocopy jobs. To make photocopying even simpler for you, you can make any printer wireless, as shown in this guide.

Check your printer’s instructions for any mention of a photocopier feature.

Each printer features a unique interface and process to go about making photocopies. We have assembled some universal tips and guidelines to follow to get you up and running. Printing a poster-sized image using a regular printer from home is also easy.

Before you make photocopies with a printer, you will want to ensure that the printer itself is up to the task. Check your printer’s instructions for any mention of a photocopier feature. If you have lost the instruction manual, we recommend making a quick Google search. To restate, multifunction and all-in-one printers typically have a photocopying function, whereas traditional laser and inkjet printers do not. However, this is not a universal rule, as some standard printers can make photocopies.

If you are having difficulty accessing the photocopy feature of your printer, check out some YouTube tutorials or Google your specific make and model.

Multi-function printers will usually, though not always, include a dedicated interface for making photocopies. Find this interface and power it on, navigating your specific menu to allow for making photocopies. Again, thousands of printers are out there, and the specific instructions will differ from model to model. **If you are having difficulty accessing the photocopy feature of your printer, check out some YouTube tutorials or Google your specific make and model. **

Now it is time to actually make some photocopies. The process will vary depending on your actual printer, but it will normally start by placing the document you need to be copied on the printer’s platen. The platen is a flat glass surface that allows for scans, faxes, and photocopies. Once that has been achieved, head into your photocopy interface and set the number of copies you wish to make. Close the lid of your printer and push start. In a few moments, your copies should be ready to go.

If Your Printer Cannot Make Photocopies

If your printer cannot handle photocopies, like the HP OfficeJet 3830, you can always simply set the printer to make a multitude of duplicate copies of a particular document. This will achieve a similar result.

Consequently, photocopies do use up ink, so make sure you know how to dispose of printer cartridges once they’re empty.

Multifunction and all-in-one printers typically have a photocopying function, whereas traditional laser and inkjet printers do not.

How do I copy a document or photo using my product’s control panel?

This process will differ depending on your printer, so just read the instruction manual. You can always menu-dive until you find a photocopy interface.

How do you photocopy something?

Generally speaking, a document is photocopied by placing it on the platen, closing the lid, and then pushing start. The actual process is similar to when you scan a document.

What is a printer?

A printer is a device that is used to make physical copies on paper of digital documents. Printers can use ink, toner dust, or other methods of reproduction.

STAT: The trade-off is that older Bluetooth products, that use Version 1.1 or 1.2, have a rated range of 10 meters (about 33 feet), which is shorter than your router or Wi-Fi-enabled notebook’s range. (Bluetooth 2.0 and 2.1, however, have a rated range of 100 meters.) The longer the range, of course, the more options you have when it comes time to find homes for your printer and laptop. (source) 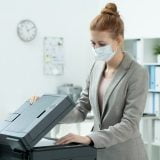 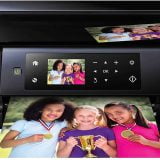 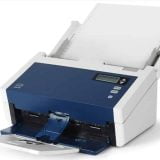 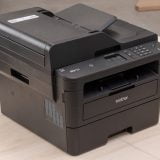 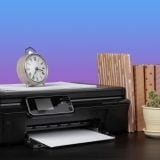 What is Printer Paper Size ? 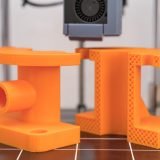 ABS vs. PLA for a 3D printer