If you’re looking for the best skis to strap to your ski boots for practice, the Atomic Vantage 97 Ti Skis could be your new best friend. This is because the skis provide their performance even at low speeds, allowing for the best opportunity to improve your carving skills or agility. If you want to add to your collection of ski equipment, you should also read our guide to Nike’s LunarENDOR QS snowboarding boots. 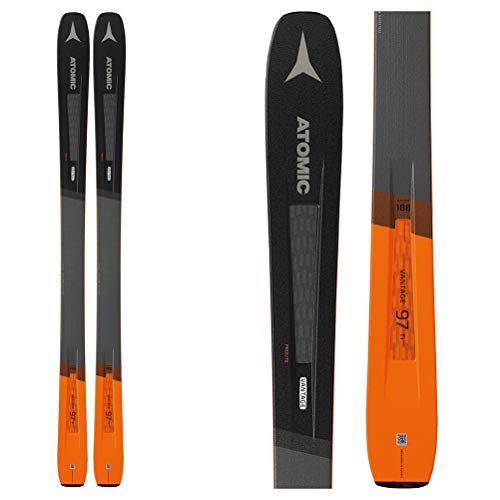 The Atomic Vantage 97 Ti All-Mountain Skis have no problem tearing through various snow conditions, hard snow and soft snow alike—even when you feel like slowing it down. And if you want to learn about how to dress for the slopes, read our review of what to wear skiing.

Thanks to its really solid edge grip, it has no problem taking hold of firm snow, whether you’re aiming to make wide turns or sharp turns when necessary. Its edge hold has improved exponentially from its 2017 model. Its energy backbone is impeccable. Even when you feel like ripping through hard snow at high speeds, the skis will keep you stable. This also translates when up against bumpy rides. There’s plenty of bend that allows for some surprising agility, easily outclassing the K2 Pinnacle 95.

The design of the Atomic Vantage 97 Ti is what gives it such performance. While it isn’t a camber rocker hybrid, it does feel like a rocker camber combo sometimes. However, strictly speaking, it clearly has a rocker profile. Compared to the 2017 model, you can see the titanium tank mesh core, a grid-like design that reveals where the Atomic Vantage 97 Ti gets its performance. Its waist width is a whopping 97mm, just 1mm less than the Rossignol Experience 88.

The majority of value the Atomic Vantage 97 Ti Skis bring to the table is geared towards a specific subset of skiers. If you’re an experienced skier, and you know you need some practice, the Vantage 97s are exactly what you need. They’ll allow you to reflect on technique and correct bad habits. This is especially if you’re the kind of skier who starts off practicing at a slow pace, then speeds up when you’re more comfortable. Performance is consistent at slow and fast speeds, like the Elan Amphibio 84 Ti.

Make no mistake, the Atomic Vantage 97 Ti All-mountain Skis are great for practicing your technique, but not some much for beginners. The Vantage 97s need an experienced skier to take full advantage of its performance at high and low speeds, especially when confronting hard snow. 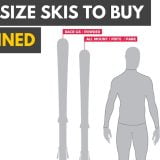 What Size Skis Do I Need? 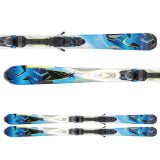 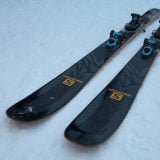 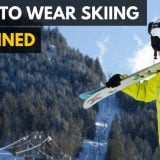 What to Wear Skiing How to Wax Skis